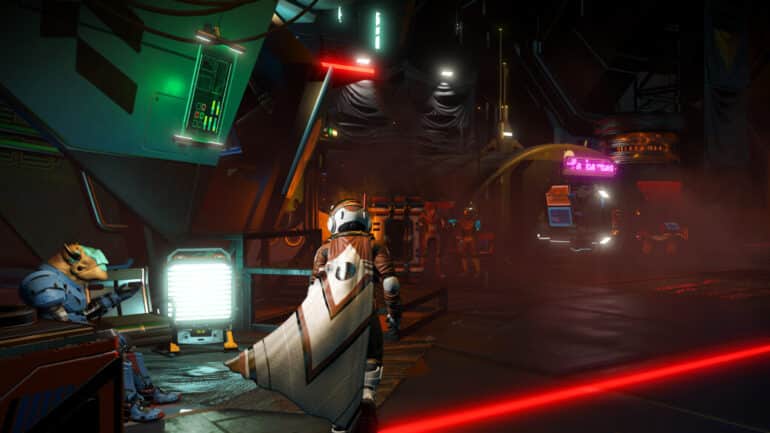 Hello Games has recently released a new update to introduce No Man’s Sky Outlaws, a new addition to the game.

According to the official website, there are a lot of new features that will be added with update 3.85. It introduces the outlaw systems, the ability to recruit their own squadron of pilots, improved space combat, new Solar Sail Starship, and many more.

The latest update added the new high-tech starship class called Solar Ships. They have a diverse range of procedurally-generated variations. They are also versatile and efficient long-range travelers with their own unique technologies and can be found anywhere across the universe.

There are some star systems that fell under outlaw control. The system authority was surrendered to the rebel forces, which led to the space being unpoliced and a big opportunity for the pirates to come in. There are also no Sentinel interceptors, which meant the outlaw systems have their own technology merchants, a marketplace for contraband items, their unique mission agents, and more.

Space Combat Better than Ever

Space combat has been improved with the latest update. It got rebalanced for challenge, flow and speed. Risk and rewards for doing so have been changed.

Sometimes, when players see the sky from the planets they are on, they would see fleets of frigates passing through. The warp and engine effects of all frigates and freighters have been overhauled as well for additional flair and impact.

Players can get some contraband goods from the outlaw stations for cheap. They can then transport them to the regulated systems and then sell those goods for big profit. Buy them tons and sell them for regular prices at legal ports.

Be careful when transporting illegal goods though as system authorities can scan the ships and their cargo. If they found some illegal goods, the Sentinel interceptors will be ready to fire. Players can install some countermeasures though to bypass those nasty scanners.