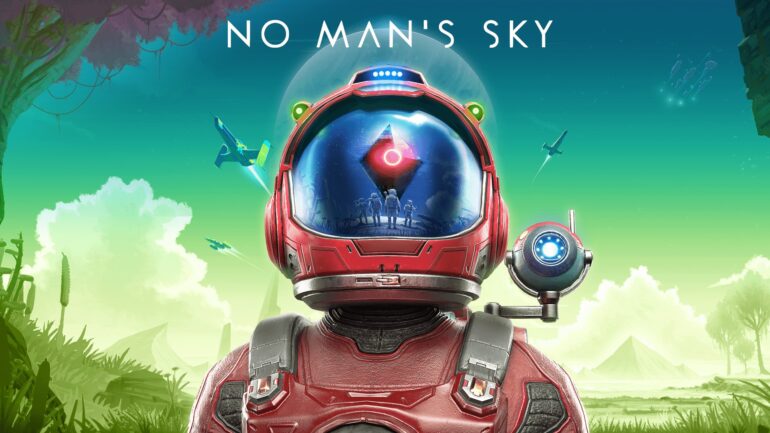 A million lightyears away, an adventure that pumps an explorer like me would venture into the infinite, vast universe No Man’s Sky has to offer. A helmet I put on, a protective suit that prevents suffocating me to death, a starfighter I commandeer to navigate the openness of space.

No Man’s Sky sets an addictive atmosphere I never would have imagined. 2016’s failure of Hello Games’ launch of this ambitious title, so much has changed since then. The free update, content, and the broken promises pieced back together. This is a game that fully realized itself throughout the years.

Never have I thought of going back into the cockpit, being called as Traveler until recently. The Desolation update, a newly added content featuring the horrors of space, led a hopeful traveler like myself to get back to it again. But this time, it’s with my wife. I plan to make this expedition with many memories I can possibly make. I plot through the stars with my Galaxy Map alongside with my brave partner to venture other solar systems to gather resources before finally heading into the center of the universe.

Exploring and helping one another in the dangerous climate of a planet does get its own sets of challenges. But not the ones that we aren’t able to overcome. We built bases across planets we landed, prepared tons of Carbon for our Multi-tool, Oxygen for Life-Support, and Sodium to power the thermal defense capabilities of the Exosuit. There is so much to learn, the rules of survival, economics, trade, and management. All of which I consider as a major plus in a game that, unfortunately, in my opinion, Subnautica had failed.

Inordinate evoke the game’s mechanics to new players. It’s being able to understand the entirety of the game with less hand-holding. This can scare off new players and undoubtedly would drop the controller and get a refund on Steam. However, the feeling of being overwhelmed has effectively changed during NEXT.

Goals have become clearer, the tutorial has been refined to tune in with new players, not just veterans of survival games.

Bland and uninspired are the words I best describe No Man’s Sky in 2016. Setting it aside didn’t make me regret it. Fast-forwarding to the NEXT update – an overhauled single-player campaign, graphical upgrades, and tons of QoL (Quality of Life) improvements made the experience much better than it was before.

Cross-platform is one of its biggest feats. Getting to meet other players in The Anomaly, interacting with them, joining missions together without platform boundaries, and building bases infinitely in the universe gives the sense of being an explorer in the depth of space meaningful.

Even with its considerable amount of improvements, problems still linger within its delicate shadows. Numerous bugs and glitches still plague No Man’s Sky. This ranges from NPCs planking out of the blue. Playing on PS4 (a Pro) when online suddenly makes every movement at a full stop that forces players to restart the game thus losing a hefty amount of progress done. Even texture and shadow pop-ins on PC are conspicuous.

It’s rather disappointing to see a game like No Man’s Sky with numerous upgrades and improvements didn’t get its issues fixed. Hello Games might have been busy delivering what was promised during their announcement of the game. I believe with where the game is at with content, it’s high time for Hello Games to focus on eradicating these bugs that ravage the entire universe.

No Man’s Sky is undeniably a game I’m going to see myself playing during this global pandemic. I’ve taken my time with my wife to explore every moon and planet of a system, taking advantage of its resources to make us wealthy and get the upgrades and ships we want. No Man’s Sky is remarkable at its current state gameplay-wise and content, making space voyage a fun activity to invest in despite its prominent technical issues.