now.gg Fortnite – How To Play and Everything We Know 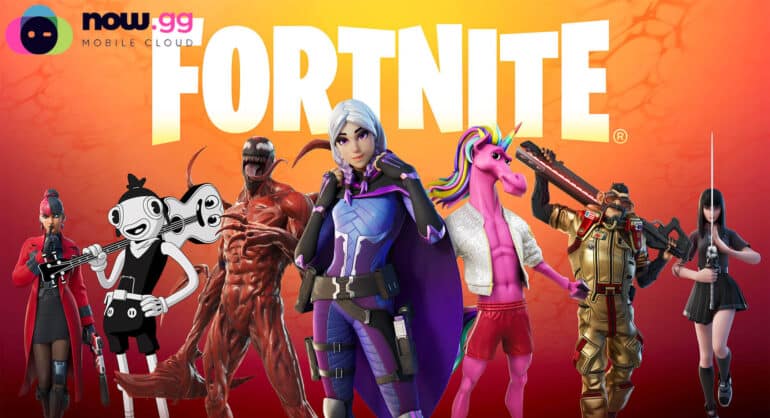 The majority of mobile games nowadays are quite demanding, and not everyone can buy high-end smartphones or mobile devices. Because of now.gg, there are no longer any physical limitations. Rather than requiring any downloads or installations, the games will be available for play and sharing by the simple click of a link.

Today’s smartphones, according to Now.gg, are incapable of handling computationally, storage and performance-intensive games. By just clicking on a link, Now.gg makes games instantly playable.

Players no longer have to wait for lengthy downloads; they can just share, click, and access their favorite games immediately. Users only need to click on the link to play the game and make in-app purchases; there is no need to download or install anything until they are ready to do so. Using apps such as Discord while playing the game allows them to communicate with other players without having to leave the game itself.

The minimum and recommended specifications, according to the game’s official website, are as follows:

Not Applicable (N/A). The game Fortnite has been removed from Apple’s App Store pending the outcome of a legal battle with the game’s creator, Epic Games, according to Tim Sweeney, chief executive of Epic Games. This implies that players will not be able to download the famous game onto their iPhones or other Apple devices as of today.

now.gg is a mobile cloud company that is revolutionizing the gaming experience for both game developers and consumers alike. Now.gg, the world’s first mobile platform-as-a-service for game developers, enables gaming communities to play games on any device or operating system, share games instantly on their social channels, and pay in-game using payment channels that they already use to make purchases.

Now that game developers are no longer restricted by geography, device, or attribution, now.gg opens up the entire world of consumers to them, creating entirely new revenue streams.

Now.gg, which has its headquarters in Silicon Valley, is part of the same parent company as game.tv, the world’s leading mobile esports platform, and BlueStacks, the world’s largest Android gaming platform for computers. Leading game developers rely on now.gg to bring their creations to the world’s attention.

What is PasS (Platform as a Service)

Though PaaS, developers will be able to provide their users with consistent graphics and performance no matter what device they are using, what operating system they are running, or any other limitations imposed by their geographic location.

Thus, we will be able to play on any device, running on any operating system, share games, and make in-game purchases using payment channels that you already have access to and control.

Simply put, PaaS is like streaming, now.gg is a game platform where users can play the game or a copy of the games on a browser. Think of wanting to play on a work or school computer, or if you have a 2019 phone model that cannot run the game. With now.gg Fortnite players will be able to play the game even with their iOS devices.

The cloud platform streams the game data in real-time, eliminating the need to download or own a high-end mobile device. This opens up new opportunities for mobile gamers, as billions of users can now enjoy their favorite games.

While the idea of streaming games and playing them without having to download them is intriguing, it won’t help if there are only a few titles available.

Previously, Google created Stadia for PC games. Stadia is a cloud gaming platform that allows players to play games without downloading them. But what made it more appealing was the fact that it worked with any title that used the cloud.

Similarly, now.gg will compile all of the games released by the partnered game developers.

Is Fortnite available on now.gg?

Fortnite is not yet available on now.gg and this is to be decided by Epic Games if they will partner up with them to have the game hosted by now.gg mobile cloud.

While now.gg has many exciting games, each title has its own distinct flavor. Others deliver high-performing story-rich gameplay while others bring true RPG gameplay, games like Fortnite and Genshin Impact would surely be a great addition.

Now.gg has games like Roblox, where you can explore the ultimate online sandbox where millions of players from all over the world create and share, online for free with now.gg mobile cloud.