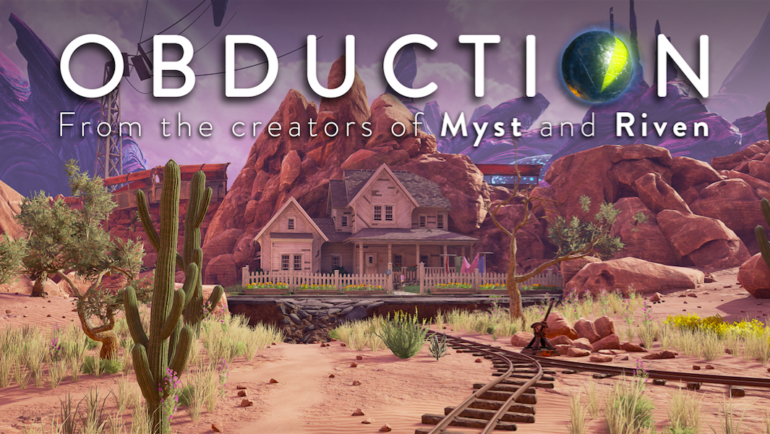 If there’s one word to describe Obduction I would say that the word that best describes it is lost. You are literally lost in a planet far far away. But is there more to this game than meets the eye? Let us go indepth in to the world of Obduction. 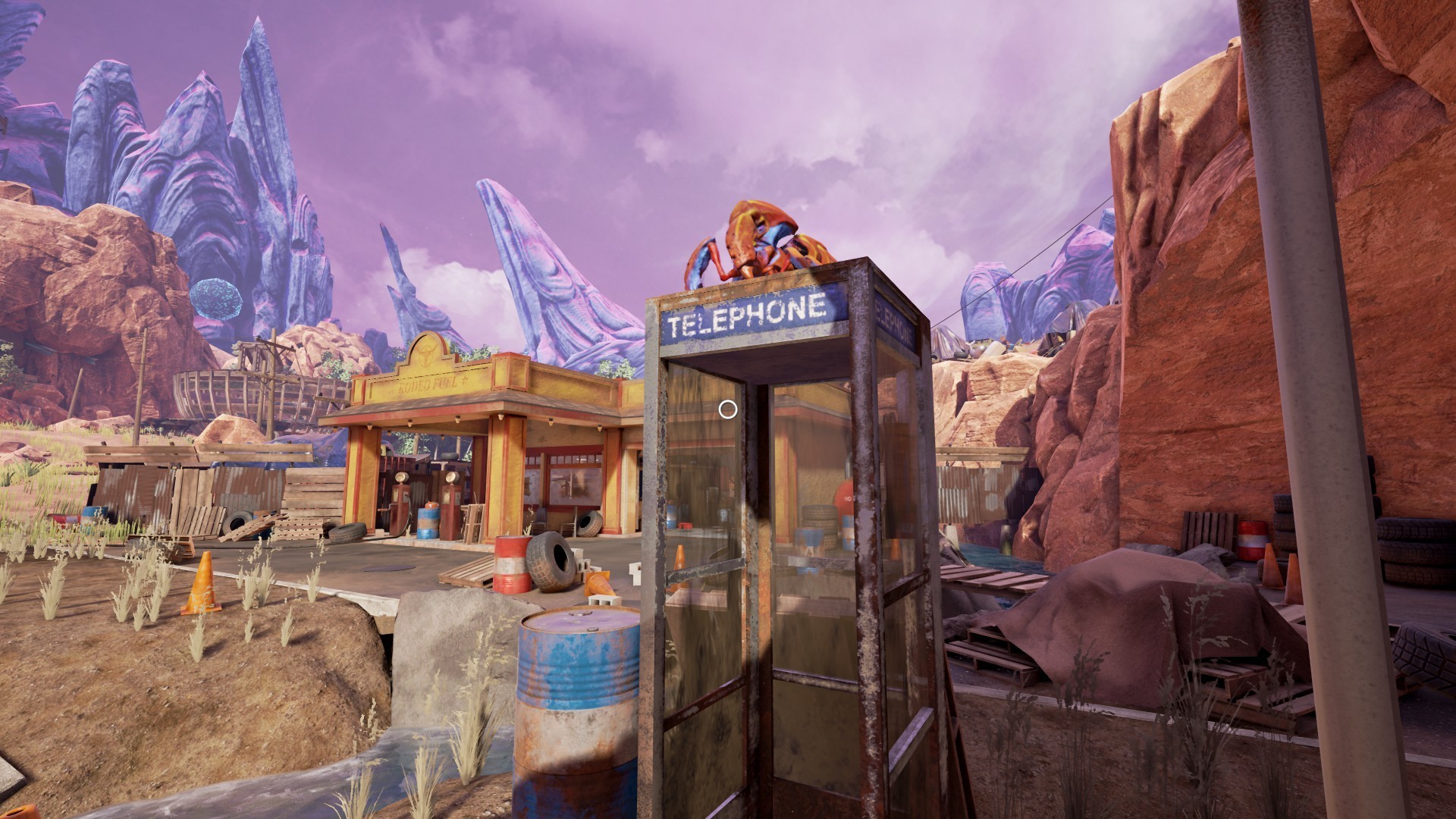 You start off the game in a forest near a lake. A streak of bright light flashes by across the sky. Our protagonist gets drawn by it and it actually is something that goes right at them. A flash of blinding light later we find ourselves standing on a rocky path.

You follow the path to a holograph that is planted just down the path. It’s a holograph of a man that claims to be the mayor of town. You are then told to go down the path and into a house where someone else waits for you.

But something’s wrong. The holograph told you there were people in the area. That by now you were supposed to be meeting a lot of other people. And yet the whole place seems like a ghost town. The whole game then becomes a quest to discover what happened to everyone else or if there are even any survivors.

The game doesn’t really hold your hand as you play. The game leaves you to discover everything it has to offer. It doesn’t even tell you what each button does but the settings page has the controls which you can map yourself. But moreover, the game doesn’t tell you what you need to do. Do you need to escape the planet? Do you need to find survivors? Is there some higher purpose as to why you were chosen to be brought to this island? All these questions stirring inside you, making you wonder what is really going on. 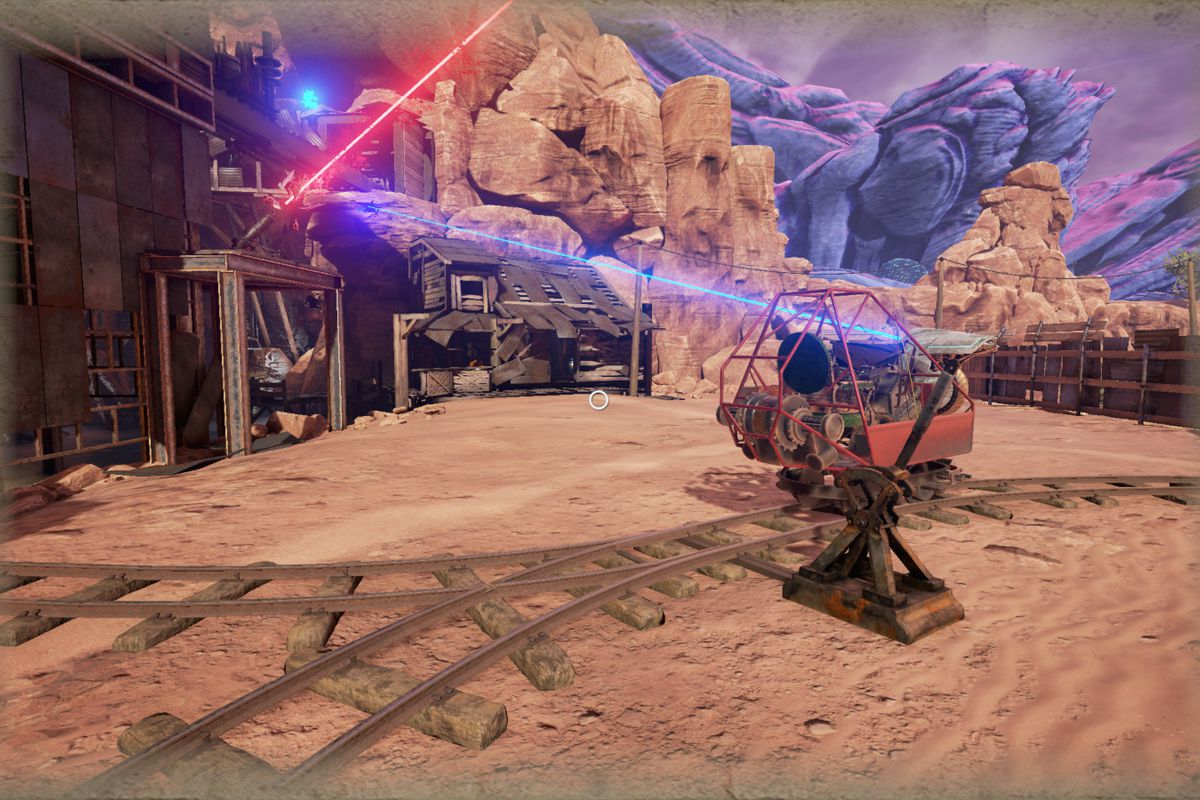 Controls are fairly simple though and because it’s a game of discovery, the game gives you all the time in the world to discover how the control works. It didn’t take me long to learn them since it wasn’t really that complicated. One thing that really struck me though is the player’s inability to jump. Maybe the gravity in this planet is too high that your character is unable to jump. You can’t seem to fall over the edges though and I don’t think they have any explanation about this whatsoever and is probably just a design thing.

The world of Obduction is a vast open-world that needs to be explored. It’s a game for patient people and I mean patient people who likes to tinker with things. You really won’t get any kind of clue as to what needs to be done but you can explore the world as far as limitations take you. It is kind of frustrating when you have no idea what is going on or why you need to escape. Or how you are even there in the first place or if there would be any enemies. Yes, it’s such a vast world but you don’t get any kind of enemies. It’s just you and the world and the many contraptions that you encounter. 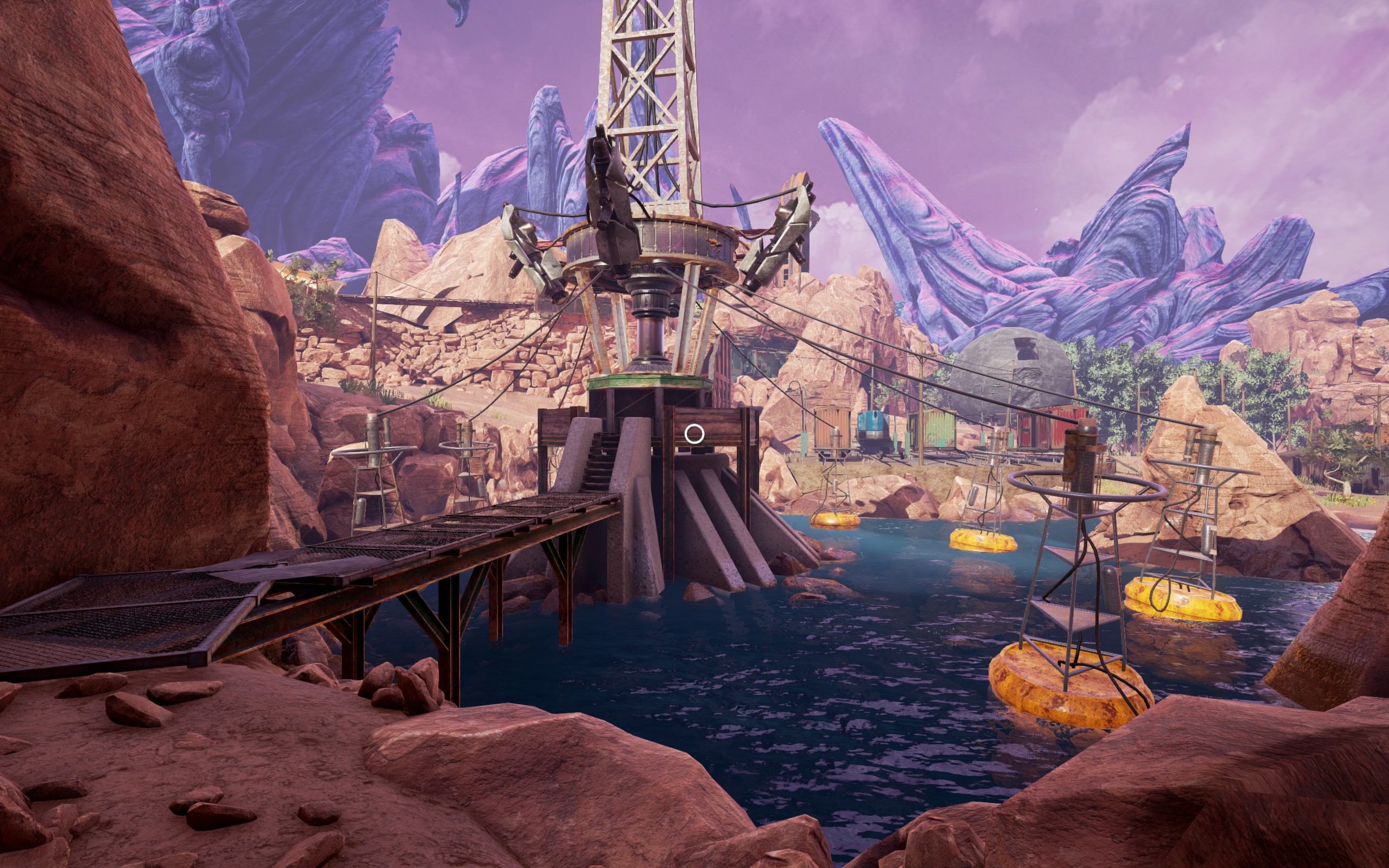 It’s a world filled with puzzles and locked doors that you need to figure out how to open. All this in a backdrop of a beautiful world draped in an eerie silence. Save for the occasional fall of water or the humming of a machine. It’s eerie yet it leaves you in a state of calm and trance. I would probably be forever trapped on this island if I just sit and do nothing. What is interesting though is that the passwords for certain doors are different for everyone, so you really have to figure out where to find them yourself.

The game also offers three endings to the game which makes it replayable. But unless you are a fan of puzzles then you might not want to get back into this game. Obduction is a great exploration game but I don’t think it’s a game that’s for everyone. It requires a lot of patience and perseverance and the knack to just turn every stone unturned. If you like a good puzzle game, then this game is definitely for you.

Obduction - Review
Score Definition
You better have to choose if it’s worth spending your spare cash, because it might not be the game for you and it might be for others.
Pros
Beautiful landscape
Casual gameplay
Multiple Endings
Cons
Requires a lot of patience
Can get confusing really fast
No jumping and no falling
6.9
Justified