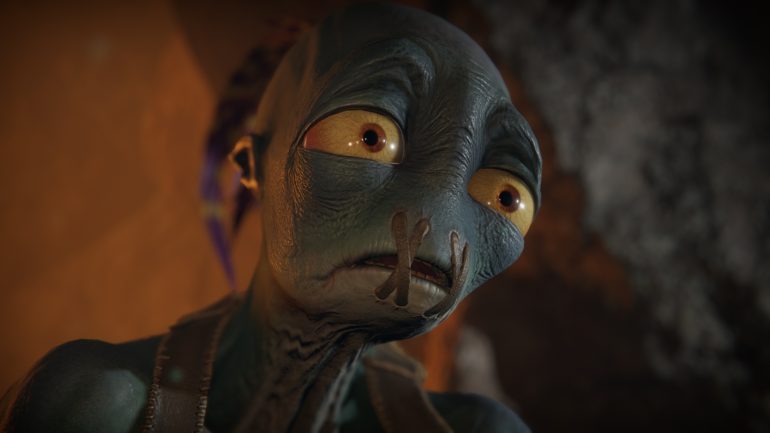 The new trailer highlights the stakes of the new adventure through the destiny of the hero Abe. His mission is still the same: freeing his Mudokon peers that were forced to live under the ruthless ruling of the Magog Cartel.

Aside from that, the trailer introduces different elements allowing Abe to achieve his mission like commanding his Mudokon followers to get through various situations and scavenging for resources that he can then use to craft weapons.

Oddworld: Soulstorm is coming exclusively Epic Games Store on PC, PlayStation 5, and PS4 for console. Pre-orders are now available for the PC version on the Epic Games Store. It will arrive sometime in Spring 2021.

Oddworld: Soulstorm is the bigger, badder, bolder action-adventure platformer sequel of the renowned video game series, and the explosive second installment in the evolution of a revolution. You play as Abe, the reluctant Mudokon hero who inadvertently sparked an uprising and now must lead his fellow Mudokons in their fight for freedom against the Magog Cartel and the planet’s ruling power.

Abe will struggle for survival against the planet’s ruling and well-funded power. They are armed with all means of oppression, from propaganda to biological to ruthless deadly force.

You can try to learn Abe’s destiny and free over 1,000 of his followers, or fail and see the eradication of his entire species.

Ready for or not, the entire fate of the Mudokon species is in Abe’s (and your) hands in Oddworld: Soulstorm.