Omensight Review – All In A Day’s Work

Have you ever wondered what it feels like to relive the same day over and over again? Will you be doing things differently the second or the fifth time around? Will you get the same outcome no matter what you do? Or will you be able to save the world this time? These are the questions that you ponder upon when you play Omensight. 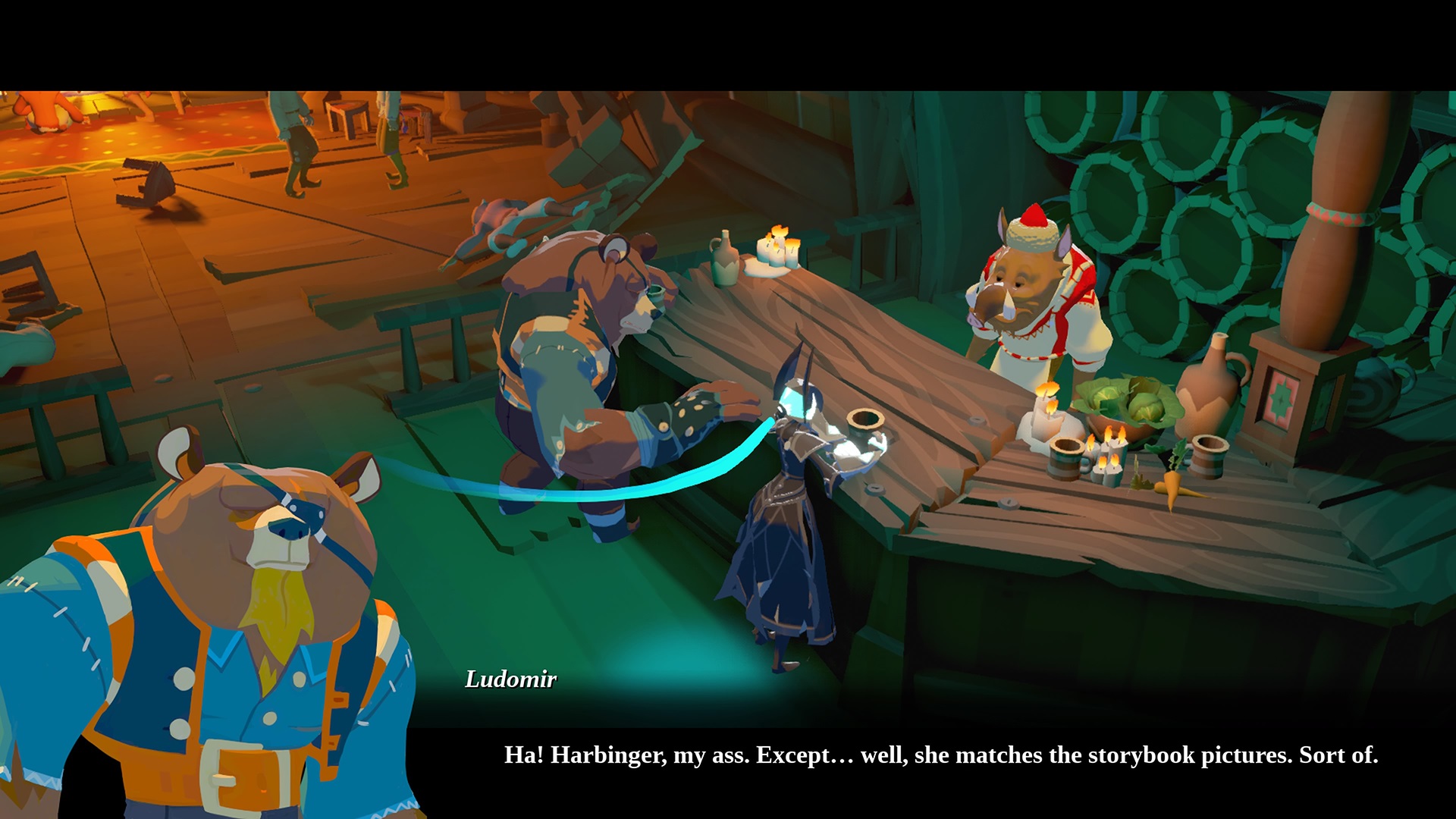 Omensight is a platform action RPG that brings you in a world right at the doorstep of destruction. The world was just about to end when a mysterious storytelling witch tells you that you are the key to saving the world. You play as the Harbinger and they say that when a Harbinger shows up it means something catastrophic is about to happen or happened. It seems that people know what your character stands for but you yourself have no clue save for the stories that people tell you.

The witch then tells you that she can transport you to the beginning of a person’s last day. You start with two key figures that met their untimely death even before the world ended. At the start, it may look like the game is linear but once you get to the point where the witch tells you to go back to the past, you have the option to choose which person you want to witness the past with.

You will then be able to relive the day according to that person’s day. You can only choose one person at a time however and you will be able to explore the world with that person who will fight beside you. There will be a total of four characters whose days you will get to relive so there’s a lot of gameplay to go on with. So you go about going through each of these person’s last day to figure out who killed the Godless Priestess Vera who the witch believes is the key to saving the world from ending. 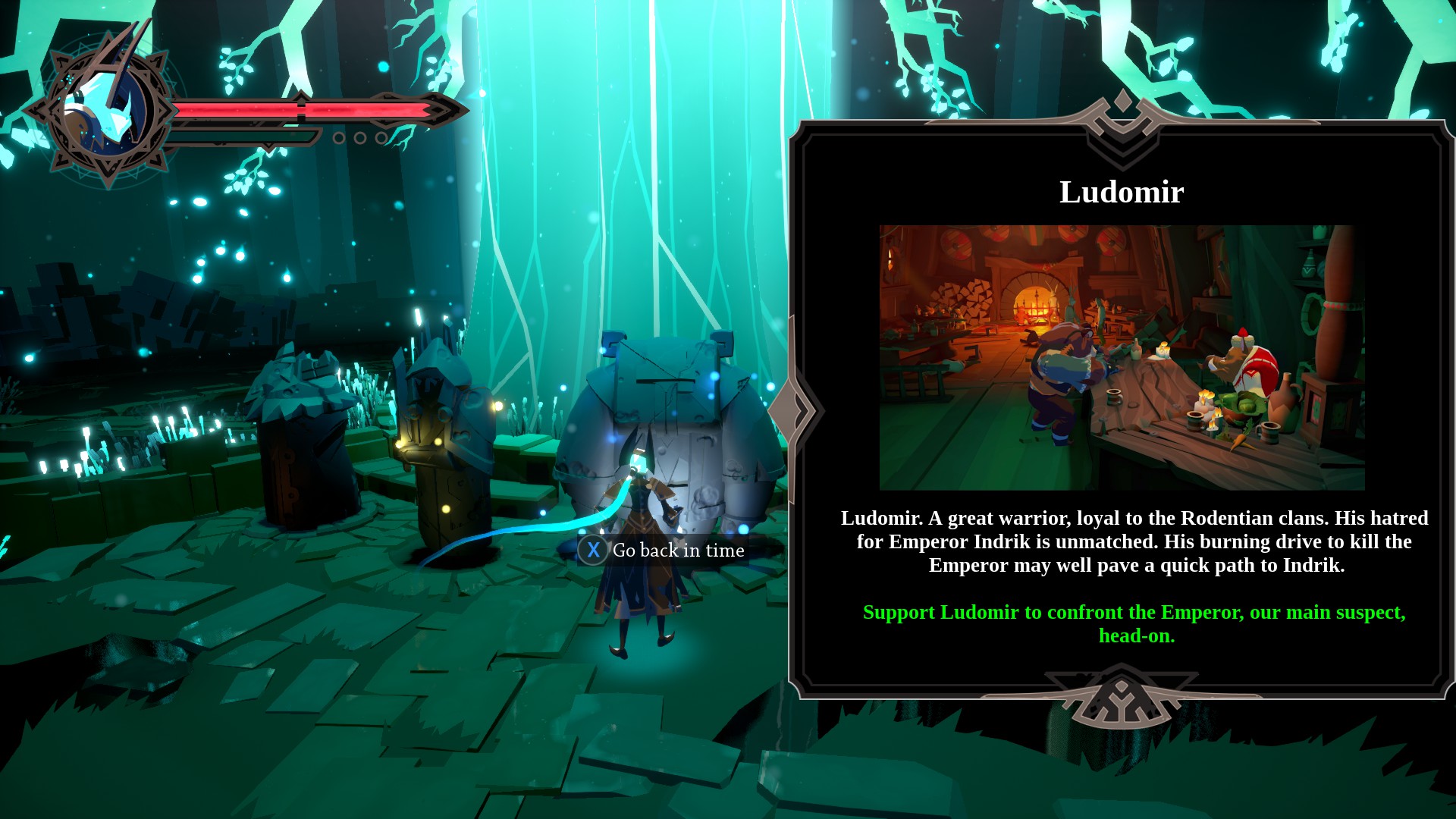 The game then becomes a semi-murder mystery which might catch your attention as the plot twists and reveals are a joy to encounter. Along the way, you will gain insights or in this case what they call the “omensight,” a premonition of a past event that will tell you what happened to Vera. Each time you gain an omensight, it will then mark a progression of the story which you can then use to let the characters see the truth. The motivation behind what you are trying to do in order to save the world. It will then change how the day will go about depending on what the omensight is.

You might think that the game could get repetitive and boring once you have to go back to a character’s day but the game allows you to skip the parts that you’ve already done and drop you at the critical moments of that day where you can make a different decision. This could be anything from killing or sparing a character or opening a door that was locked before.

Speaking of locked doors, scattered throughout the game’s areas are locked doors that can only be opened once you learn the ritual keys that can open the locks. These can be learned from the people you spend the day with that will only happen when you meet certain conditions.

I like how the story is interconnected in the way that key information that you get from one person’s last day is essential to move on to another person’s last day. It gives that level of interest in playing the game and exploring their world. A fine example is how you can either fight or spare the boss in a boss fight. Sparing would involve showing that character the omensight that you gained and convincing them to share their side of the story. 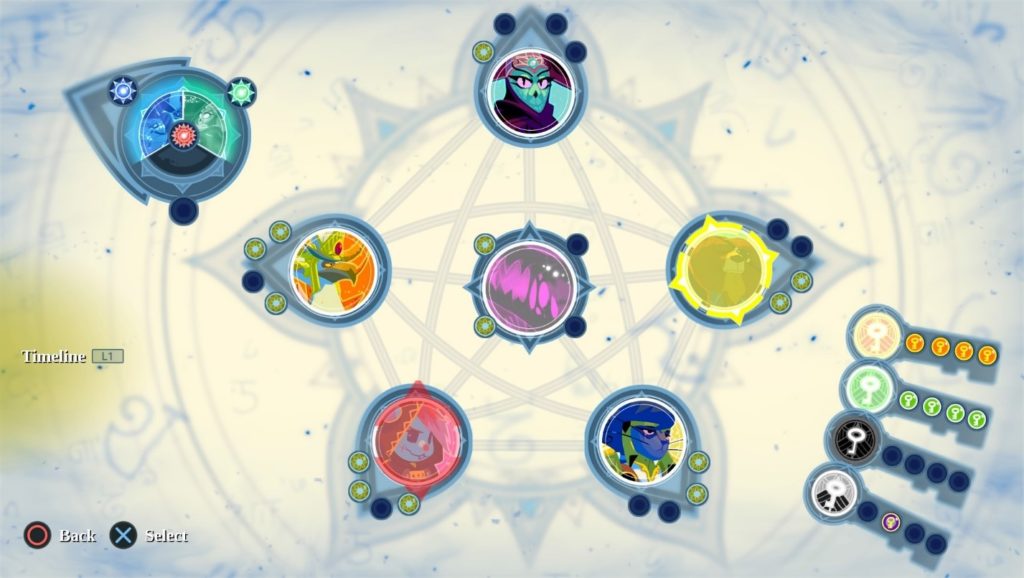 I also like the way they paced the story and how each plot point reveal is well put. It doesn’t feel forced or cheesy. And the way how all these stories actually make up the bigger picture. I also like how they don’t spoil their own story by revealing key plot points to you the way you encountered them. In a way, the game lies to you to convince you that a certain event actually but then a plot twist occurs and the story changes again. I guess it’s because it’s a time-travelling expedition where the more secrets you uncover, the more the story actually makes sense.

What’s more interesting is that the characters you have to deal with come from opposing sides of a warring nation. So when you go back in time, you might be dealing with different enemies or different friends. The wolf that you killed in one time-hop could be the wolf that saved you in another. It makes for a diverse combat world where you’re dealing with different kinds of enemies. You might even find yourself battling against your companion from another time-hop.

The game has a leveling system that reminds me of God of War where you spend experience points to gain levels by praying to a totem. You then spend crystals to increase your health or damage given. Also, the only time you can do all of these is when you get back from completing a day and back to the witch’s place. One thing to note is that when your character dies in someone’s day it doesn’t take you back directly to the witch’s place. Dying takes you back to a checkpoint so the only time you actually get back to the witch’s place is when the day is completed or if you find a new omensight. 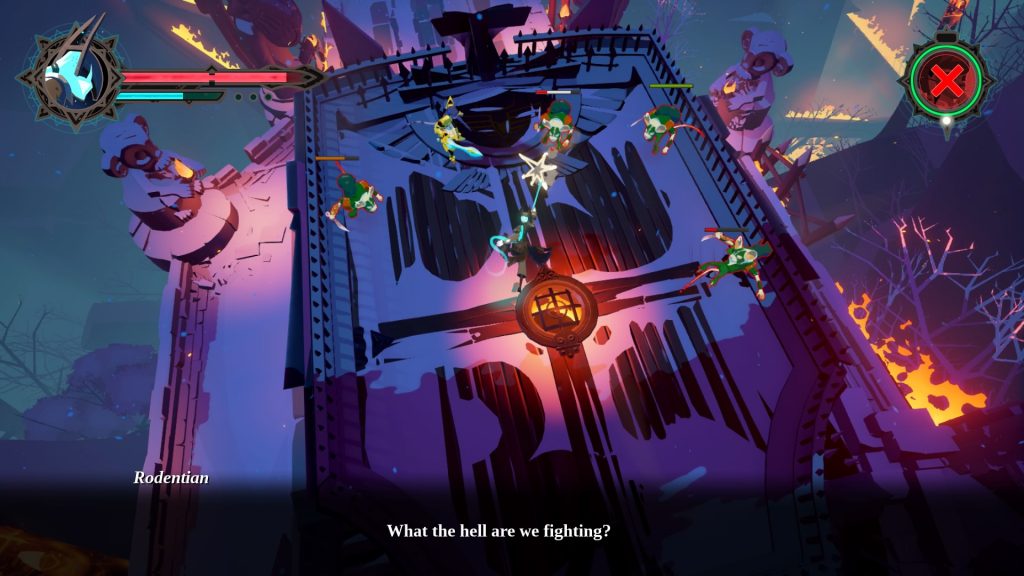 Combat is very fast paced and is actually fun to do. You have the basic attack and hard attack that you can combo to stun an enemy. You also have the ability to dodge attacks and if you time it just right before the enemy strikes, it slows down the time for a few seconds allowing you to dish out devastating blows to enemies. Add to that some skills that can render your enemies to freeze or allow you to command your partner to unleash their wrath upon the enemies.

The one thing that I don’t like about the game is how the controls can be unresponsive sometimes. Especially when you are traversing the world in which you can fall to your death. The game does give you one warning before you completely fall off an edge but sometimes it is so sudden that you won’t have time to react to your character falling. Camera angles are also fixed so it’s sometimes hard to see where your character lands when you try to jump from cliff to cliff.

The game also allows you to choose the difficulty level so you can either breeze through the game in one day or have a very challenging game that could probably take two days or so. For the purpose of this review, I went through the lowest difficulty and it only took me around 6 hours or so to complete the game. And even then, I was still having some difficulty with some boss fights not because they were hard to kill but because there were some strategy involved in killing them.

Overall, the game provides you with an entertaining story that people who love mystery stories will surely love. Add to that the fast-paced action that makes you take care of business as quickly as your reflexes can take you. Omensight delivers the satisfaction of a well-crafted story and a combat that doesn’t feel like a button mashing spree. If you are looking for a game after you have screamed to wanting more out of God of War, then I highly recommend that you pick up this game. 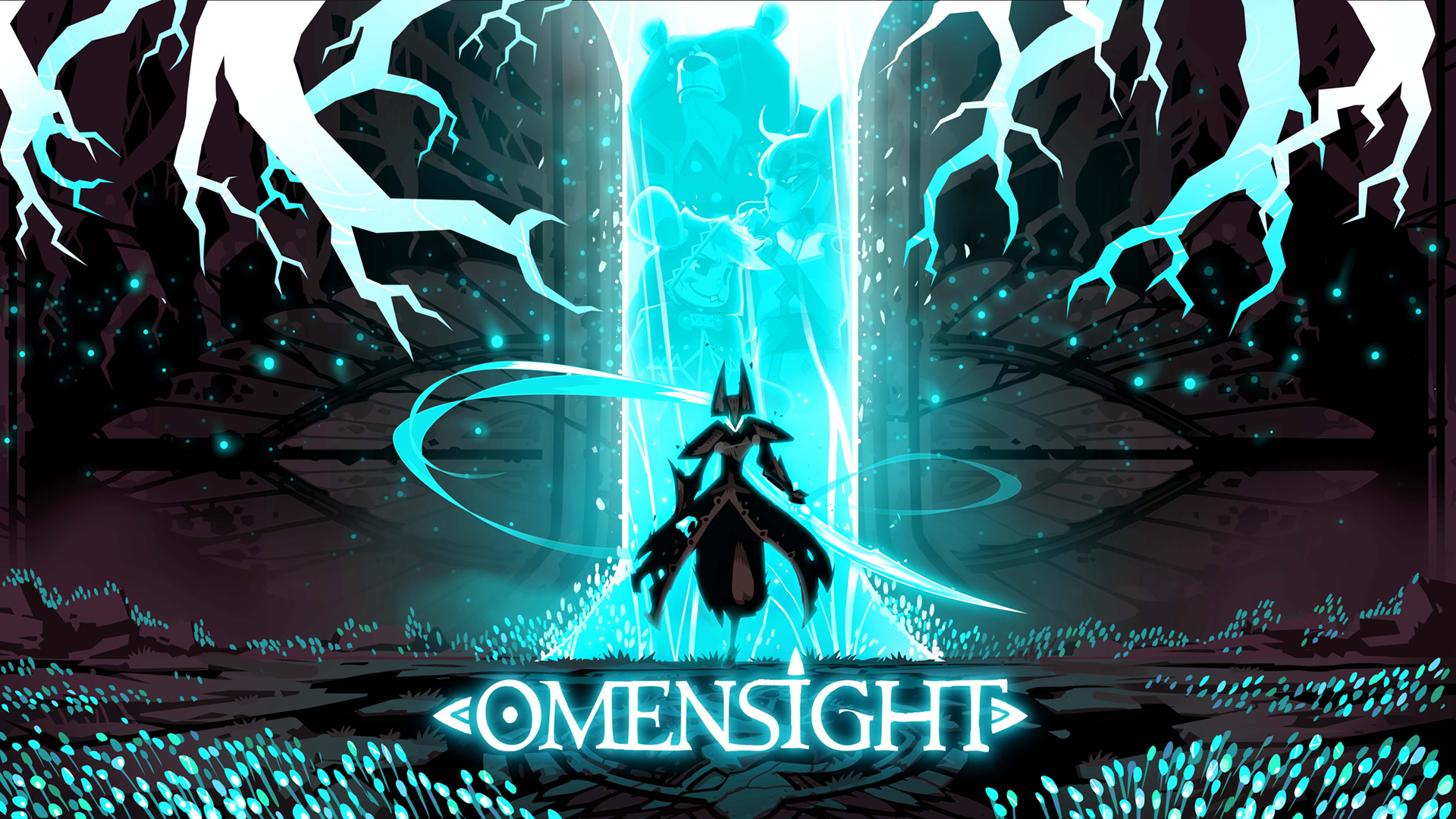 Omensight - Review
Score Definition
When the issues of a game are rolled and stomped by its greatness, then it’s something to invest on if you have some spare.
Pros
Great storyline
Great gameplay
Interesting characters
Cons
Clunky controls
Weird camera angles
8.6
Great