An adventure worth sailing for. 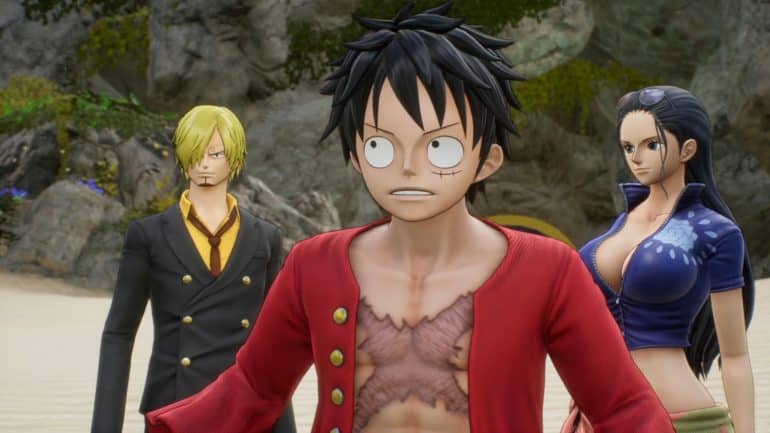 In a few days, one of Bandai Namco’s newest JRPG games for 2023 will be launched, titled One Piece Odyssey. This game is based on one of the most popular animes in Japan, One Piece and recently, Bandai Namco has given us an exclusive preview of what the game is including info on what it’s all about. This article will let players know our impression of One Piece Odyssey, so read on.

One Piece Odyssey is a new One Piece game where it focuses not only on Luffy but also his entire Straw Hat Pirate Crew. The game’s genre is a JRPG action game that utilizes open-world exploration alongside some turn-based action elements. The objective of the game is for players to explore the mysterious island alongside the Straw Hat Pirates and know what hidden dangers lurk inside the different parts of the area. From my perspective, the game was really unexpected as it features some unique elements that I never expected Bandai to do on a One Piece game, and frankly, they are really committed to trying out something new for 2023.

The story of the game is about Luffy and the crew getting shipwrecked on a mysterious island known as Warford. Upon their arrival, they encounter a mysterious girl who somehow stole their abilities and skills in combat. As such, they must earn back the trust of the little girl and recover their abilities to escape and unlock the hidden mysteries of the island. Considering that is based on the One Piece series and it is only a demo, I am impressed that they have managed to bring in story elements using the original storyline of the franchise. I am also expecting certain surprises to pop out in this game such as truths behind the mysterious ruins and the origins of the little girl as well.

The gameplay as stated utilizes turn-based action elements similar to games like Final Fantasy X, SD Gundam Generations, and more. Using skills and attacking enemies using characters such as Zorro, Sanji, Nami, and more. What made me feel that this game is an adventure worth sailing for is the amount of commitment that the developers have put into making the gameplay smooth and enjoyable, especially the attack animation of each character.

On the visual aspects of One Piece Odyssey, it really has created an environment that not only targets a specific field of fans but is worth exploring. From the details of how the characters look based on the current status of the anime, I would say that it is updated properly plus the environment of the game is well suited to how colorful and rich the One Piece universe is. The music and BGM of the game are worth listening to as it really highlights what mysterious grooves and adventurous activities can be found in this demo. Notably, I am expecting that there will be more visual and audio features that this game will have once it is fully released.

On the performance side of the game, I can tell that this game is running smoothly so far. Though I notice in terms of camera control and sensibility, it needs some adjustments especially during exploration and in combat. There are times during exploration when the camera tends to distance itself from the character when making long jumps and breaking boulders. As for the combat part, the targeting system needs adjustment as it becomes confusing on whom to strike.

Aside from the minor bugs of the game, I can fully summarize that this game is good enough for those who are looking for something new to try in their game catalogs. I am expecting that once the game is fully out, the developers of the game might give players a chance to try out some DLC content like extra missions featuring Wano Arc or some movie content missions like One Piece: RED.