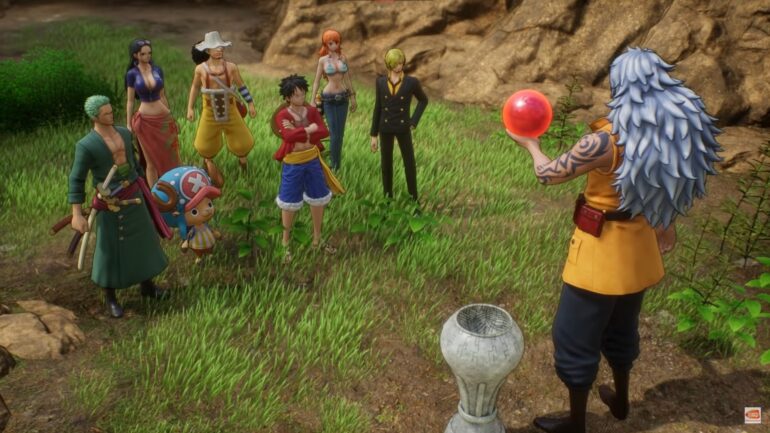 This is the latest JRPG based on the popular anime and manga series One Piece. It brings together an all-new gameplay experience with original story and new characters under the guiding hand of series creator Eiichiro Oda. The game is coming as the original manga prepares to celebrate its 25th anniversary, delivering an authentic and immersive new entry rooted in canon and sure to retain the humor and chemistry of the anime with Oda’s involvement and starring the original Japanese VO actors.

In One Piece Odyssey, players will follow the Straw Hats to a mysterious new island where they embark on quests and fight powerful enemies and massive bosses in turn-based battles. Players will be taking on the roles of the nine pirates of the Straw Hats like Monkey D. Luffy, Nami, Roronoa Zoro, Franky, Sanji, Nico Robin, Usopp, TonyTony Chopper, and Brook. There is also a new character, the tall and cheerful Adio.

“We are happy to be joining the celebration of the 25th anniversary of One Piece with the release of ONE PIECE ODYSSEY,” said Katsuaki Tsuzuki, Producer at BANDAI NAMCO Entertainment Inc. “We have been teaming up with ILCA Inc. and have been working hard in collaboration with Eiichiro Oda to create a great adventure drama that touches the world of ONE PIECE in a game that we hope will surpass players’ expectations.”

In a fun written message to fans aired during the livestream, Oda-Sensei referred to the game: “It felt like I was watching a MOVIIIE!!! What incredible immersion!!”

One Piece Odyssey is planned for release in 2022. It will be available on PS4, PS5, Xbox Series X/S, and PC.