Luffy and the gang arrive on a mysterious island, but what encounters will they face there? 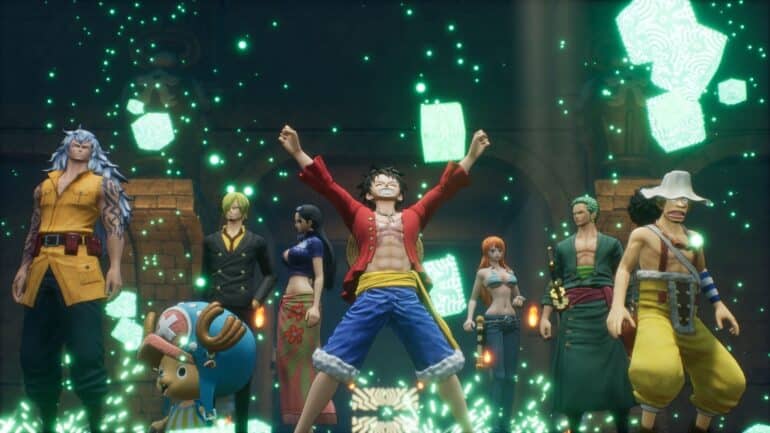 Bandai Namco Entertainment has recently shared the One Piece Odyssey story details together with new screenshots from the game.

The official Japanese website of One Piece Odyssey have recently been updated by Bandai Namco. The Story page was the one that got new content and it tells the game’s story details. According to the Japanese translation via Google, the Strawhat Pirates have become stranded due to shipwreck and they now have landed on a stormy coast of an island called Waffle.

When the crew arrives on the island, they thought they have survived a big ordeal. It turns out the island is full of beasts to fight and mysteries to explore. And so they explore the island to solve the mystery in order to leave and also find some treasure along the way. They also meet a new friend along the way, a brand-new character unique to the game.

The island has tons of puzzles to solve, ruins to explore, and secrets hidden in every turn. It is up to the Strawhat Pirates to go and complete all of these while fighting against powerful beasts, escaping traps, and more.

One Piece Odyssey will launch sometime in 2022. It will be available on PC via Steam, Xbox One, Xbox Series X/S, PS4, and PS5.

Check out all of the new screenshots from the Japanese website below: