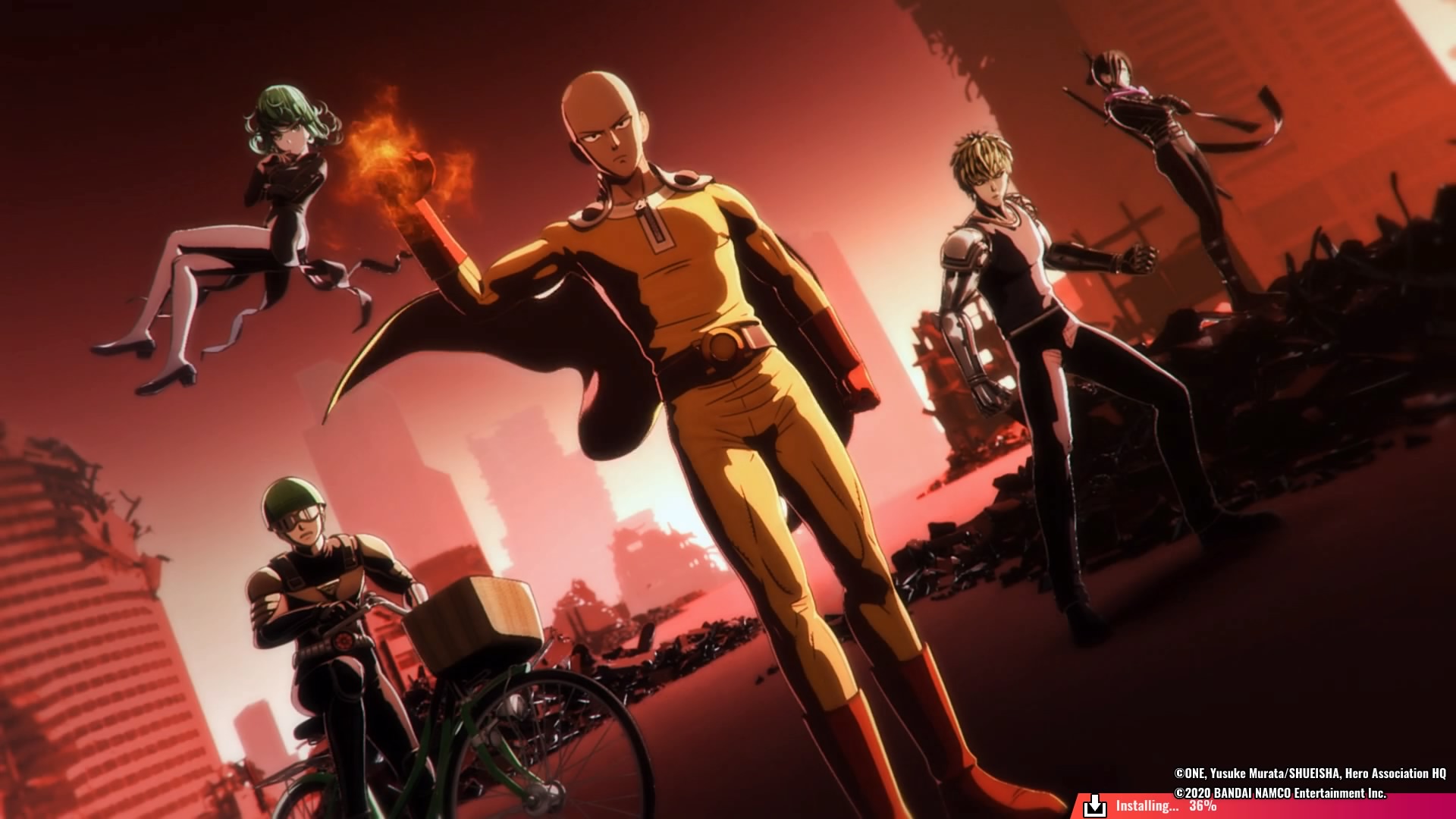 One Punch Man: A Hero Nobody Knows – Review 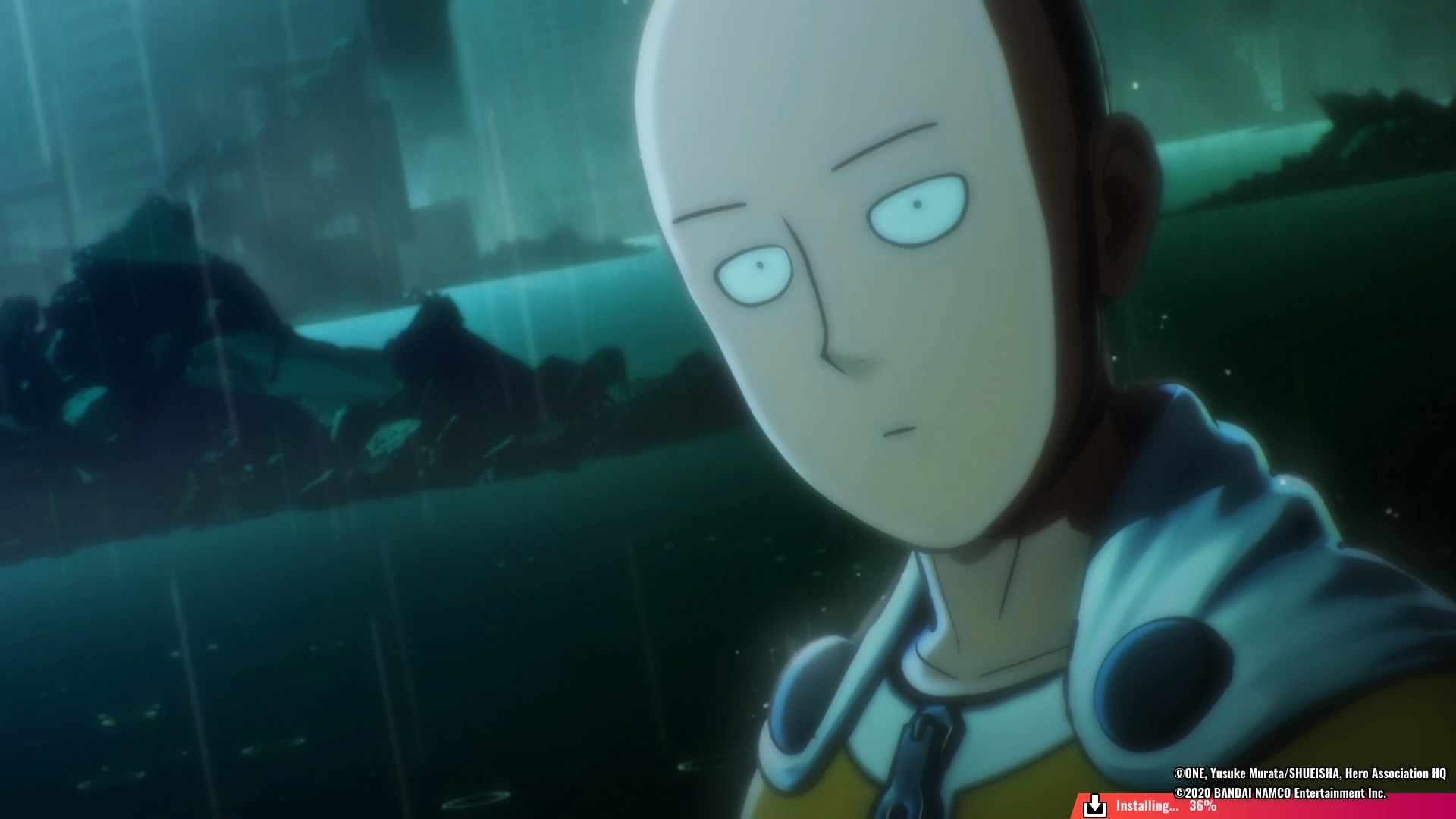 One Punch Man is originally created by the Author One and was about a cartoon looking hero with a bald head who could knock out, destroy, kill, desolate, and erase any villain with one punch. The first version of the Japanese superhero webcomic had a design of a doodle, but the concept of the story was there. Then it had a manga adaptation done by Yusuke Murata and afterward an awesome anime series. It became a hit due to Saitama, the hero of the story, and his jokingly absurd strength.

This time around, a new game was created centering around a hero or heroine that the players would create in-game and with Saitama and the rest of the heroes on said created character. It follows the first chapter of the series until the Boroz Arc.

Well, One Punch Man really had a very cheesy story to begin with, but the nostalgia factor kicks in and then you forgive it. It is fun to watch your character wander around town and meeting these famous heroes like Saitama, Genos, King, Tornado, and so much more. They had to cut out other characters though, which could be an upcoming downloadable content for players to get later on. All in all, it has been a fun experience meeting with them and fighting strong and famous villains along the way. And then Saitama one punches them to orbit. Yep.

Now we get to the nitty-gritty part: gameplay. It is pretty simple, really. You can create your own characters and edit them, which was fun and stupid at the same time. You can dress them up too when you unlock the items in certain main and side missions. You can also purchase said costumes in shops in town and in certain back alleys. A room is provided as well, which allows you to decorate it with furniture and appliances. You cannot interact it fully though because it only gives you a description of its function. Nothing more. There is also a certain shop that allows you to get modifications for your character. Give them that power up that you need in battles.

You character gets certain playstyles that you learn as the story unfolds or meeting up certain characters. These playstyles give you an edge against certain enemies. When you level up, you gain bonus points to spend to upgrade your character stats. It’s a pretty basic RPG feature for this game, but very helpful since enemies tend to become really strong and annoying as their levels go up.

One Punch Man: A Hero Nobody Knows is an okay game to play with, but it has certain features that you get frustrated with. For instance, the hitboxes are terrible in this game. For some reason, I still get hit by certain attacks even though I am already at some distance, or even evading the enemy. Speaking of evasion and blocking, the response time is horrible and the stagger feature destroys you. Sure, characters getting staggered will lead you to get pummeled by enemies, but there should be a recovery feature in this game. For some reason when I get hit just once, I cannot recover and block the next attack. Just one, measly hit and I am already staggered for the next 4-5 hits. It should take more hits to get my character staggered, but no, it just keeps punishing me until they deplete my life bar. The game is not fun anymore. On the other hand, my enemies can recover quickly with my one attack so easily.

The online feature is still kind of early to tell at this point though, but I can say that One Punch Man: A Hero Nobody Knows online multiplayer is still laggy. The developers might need to fix the servers a bit to make online gameplay more entertaining and smooth.

The game’s voice acting is pretty great on both Japanese and English. The BGM is quite good too and not boring even though it is looping. It is not bad, but not that amazing.

The visuals of One Punch Man: A Hero Nobody Knows is okay too, just like any other cell-shaded 3D games out there in the market. Comparing it to Arc System Works games though, this needs more work I think. I also saw some visual glitches happening from time to time, but nothing game-breaking.

There are so many side missions to comb through this game. Most of them lead to battles, but sometimes they are just fetch quests. You are limited within the town and the Association Headquarters so it is not that surprising.

One Punch Man: A Hero Nobody Knows is a game that can gladden a fan’s heart as they enjoy the nostalgia, the ability to create their own hero, fight the grand battles, and meet the series’ heroes. As for me, I was happy to play the game, but I will not go through with it again. One playthrough is enough.

One Punch Man: A Hero Nobody Knows – Review
Score Definition
You better have to choose if it’s worth spending your spare cash, because it might not be the game for you and it might be for others.
Pros
Town Roaming
Wacky character creation
Nostalgia factor
Customize playstyle (limited)
Challenging
Cons
Vague hitboxes
Stagger delays too much
Too many missions to slog through
Laggy online battles
6
Justified