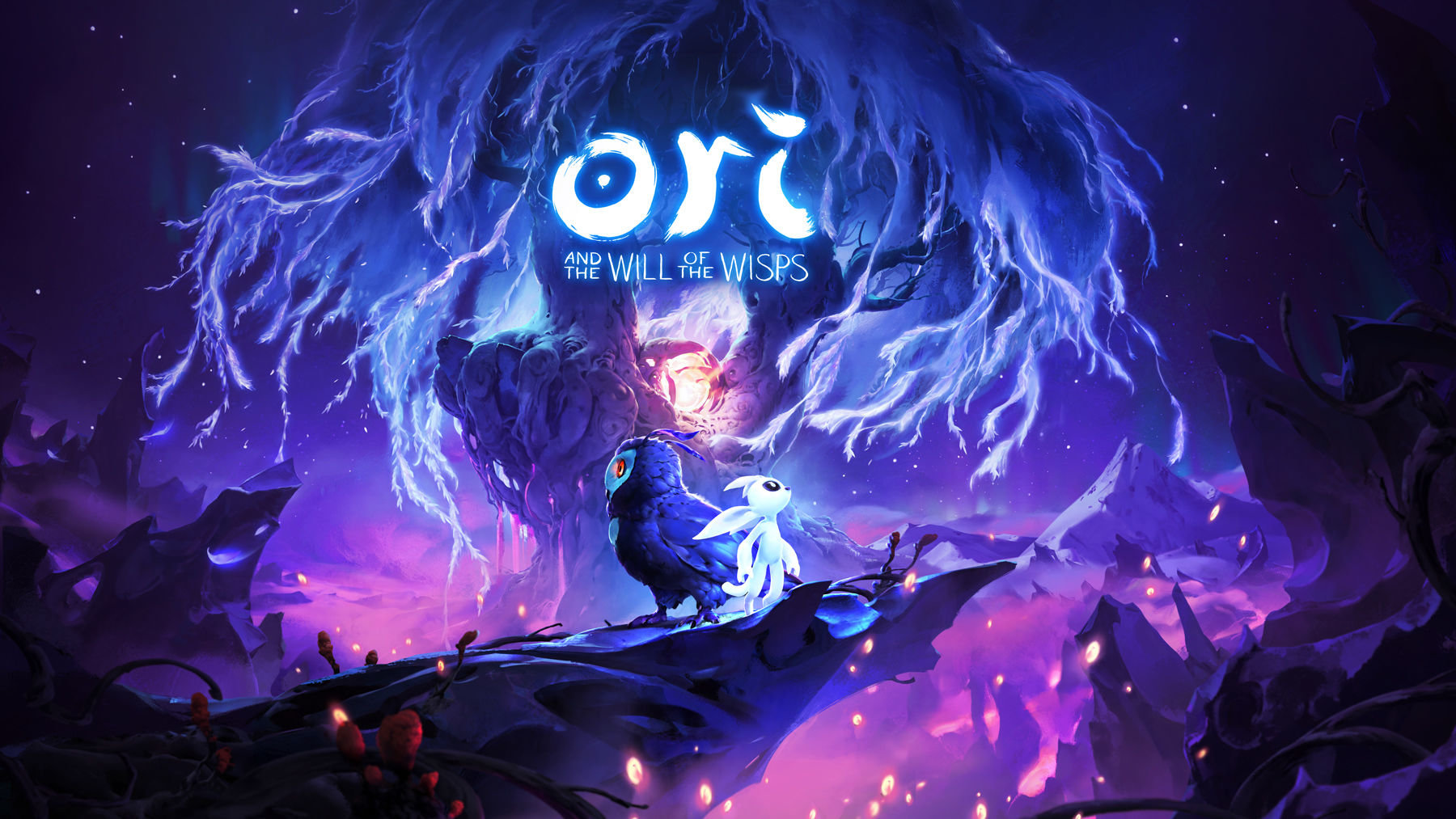 Ori and the Will of the Wisps – Review 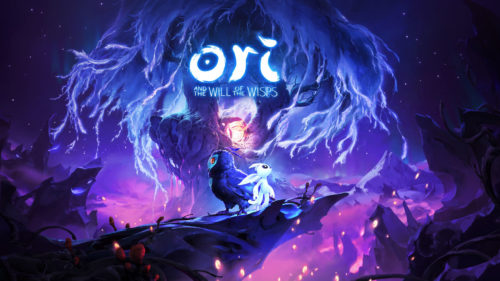 Ori and the Will of the Wisps is a direct sequel to 2015’s Ori and the Blind Forest. The game stays true to its roots by sticking with the parts of the game that made the original such a classic – particularly the platforming and storytelling. New to this game, however, is an addition of active combat skills and an expanded cast of colorful characters.

The forest of Niwen is a fragmented world on the edge of collapse due to corruption by the Decay. Only Wellspring Glades stands alone as the last bastion of hope in the forest. All other regions of the map have either fallen to the corruption or are in the process of being overwhelmed. Ori must use every skill available to navigate the world and to fight off the legions of misunderstood enemies.

Being a platformer, Will of the Wisps relies on tight controls and split-second decision making for the majority of the playthrough. Players start the game with limited options in terms of movement. As the game progresses, players acquire new abilities that open up new paths to explore and secrets to discover.

Combat is generally making use of such weapons such as the spirit edge blade. By spending spirit light, the player is able to pick and choose which offensive skills to make use of. This simple act allows for multiple playthroughs where one player can choose different skills every time.

Though much of the fighting can be avoided entirely, creating combination attacks with various offensive skills is still fun. Add in the numerous movement skills found throughout the game, and you’ve got yourself some of the most entertaining free form combat in any 2D platformer. Of course, you are free to ignore all that and just go ham with nothing but a spirit hammer. Ah, there is something particularly satisfying about tossing enemies into the air with a well-timed hammer strike.

Movement is king. The journey sees Ori jumping from point to point via grapple shot, bashing off of an assortment of enemies and projectiles, and bursting through the air like a missile. The number of movement skills may seem ridiculous. But believe you me, there will be times when all those movement skills will come into play one after another. Challenging as it may be, the game’s all the better for it. There is nothing more thrilling than finding a path for yourself where you initially thought there was none.

Scattered throughout the forest lie a number of wells that transport Ori to previously opened wells. These spirit wells make for great fast travel points. Making exploration much less of an ordeal. There are also speed run and combat challenges to test one’s skills all over the place. Speed runs see the player race for a better time to a predetermined spot on the map. They may seem too much of a hassle, but make a run enough times and making a good time comes in as second nature. True to its name, combat challenges see the player fight off waves of enemies in a winner takes all battle to the death. Beating these challenges will earn the player a new spirit slot to further customize their play style.

Taken shot by shot, stills from the Ori series is good enough to frame for display. The light and warm colors of Wellspring Glades is completely different from a place like the Midnight Burrows where shadows and thorny foliage rule much of the landscape. Visual storytelling is an important part of the experience. This is most apparent in areas like the Silent Woods where the desolation of the Decay has left nothing but stone. Even in places of extreme temperatures like deserts and icy mountains are not spared from the Decay. They do, however, invoke feelings of neglect and isolation respectively.

The sounds in the game are some of the best in any genre. The sweeping orchestras speed up and slow down depending on the moment. It’s so good that it’s sometimes best to stop for a second and just let the music run its course. One moment flutes can be playing a playful tune, the next… well, a solo piano sets the tone for one heavy scene. In any case, the ever-present music is the perfect complement to the beautiful visuals that make this series so memorable.

The story of Ori and the Will of the Wisps is one of hope, and loss, and the promise of setting things right. The major moments of the game are often heavy; to the point, that one will struggle to feel any sort of resentment towards the things many might consider evil. The main antagonist of the game, the Owl Shriek, may the greatest threat to Ori. But learning of the cruel fate that’s been thrust upon the creature made me take a step back and made me reconsider it as an enemy for just a moment.

Family is the overarching theme of the story. And all of Ori’s actions are a product of that love for the family.

Wellspring Glades is one of the more pleasant locations in the game. I find myself going back and forth so often that I’ve come to consider it a central hub of sorts. Even though it only links a couple of locations and not the majority of the map. Still, it’s a nice enough distraction during times when I want to play at a slower pace.

The glades do not only provide the player a place to find quests, but it is also worth investing in. Gathering Gorlek ore for repairs adds so much more to the game than I thought. I’ve become so heavily invested in repairing the place that I’ll go out of my way to reach those hard-to-get ores just to see the next set of huts being built before my eyes. The same goes for the seed collecting quest that the Tuley sets us on. Seeing everyday plants put to use to expand the glade’s walkable areas is an added bonus that I didn’t know that I wanted.

As much as I would like to love many aspects of this game, there are a few parts that take me out of the fun. For starters, it’s sometimes difficult to keep track of Ori on the screen. Who would have thought that a small and nimble spirit is hard to keep track of? It also doesn’t help that Ori is pure white and attacks glow bright white as well. Secondly, the difficulty spikes depending on the location. I suppose it’s to keep players at bay until they’re ready to tackle that area. But I do think that roadblocks do a better job at that.

One final bit before ending this review – The chase sequences are very challenging. It’s not to the point that it’s unfair or anything. When you keep dying due to careless mistakes, the whole flow is ruined and frustration is not far behind. It’s not very fun to keep repeating the same bit over and over again because of a small misturn. However, the payoff for making it through to the end makes up for it.

At first glance, it is apparent that the follow up offers much of the same as the original game – albeit with a few more combat and mobility options. That’s not all that is. The tragic story has enough twists and turns to keep pulling on heartstrings. All the while keeping it’s a sense of wonder and awe.

The gameplay alone guarantees more than a dozen hours of playtime, not including exploration and building up the Glade. It’s a wonderful story throughout that needs to be part of any gamer’s library of games. The ending most of all make it all the more worth it. If you are the kind of player that enjoys stories, tight platforming, challenging runs, or a combination of the three, then you can’t go wrong with Ori and Will of the Wisps.

Ori and the Will of the Wisps – Review
Score Definition
Almost perfect if not for the nitty-gritty. If it’s quite there but not enough to push the boundaries, it’s still an awesome game.
Pros
Beautiful art style
A cast of likable characters
Choose your own playstyle
Precision platforming
Very satisfying combat
The same level of story telling as the original
Cons
Sometimes hard to keep track of Ori in some segments
Difficulty spikes depending on location
The escape segments can be a bit frustrating
Ori is very fragile
9
Excellent