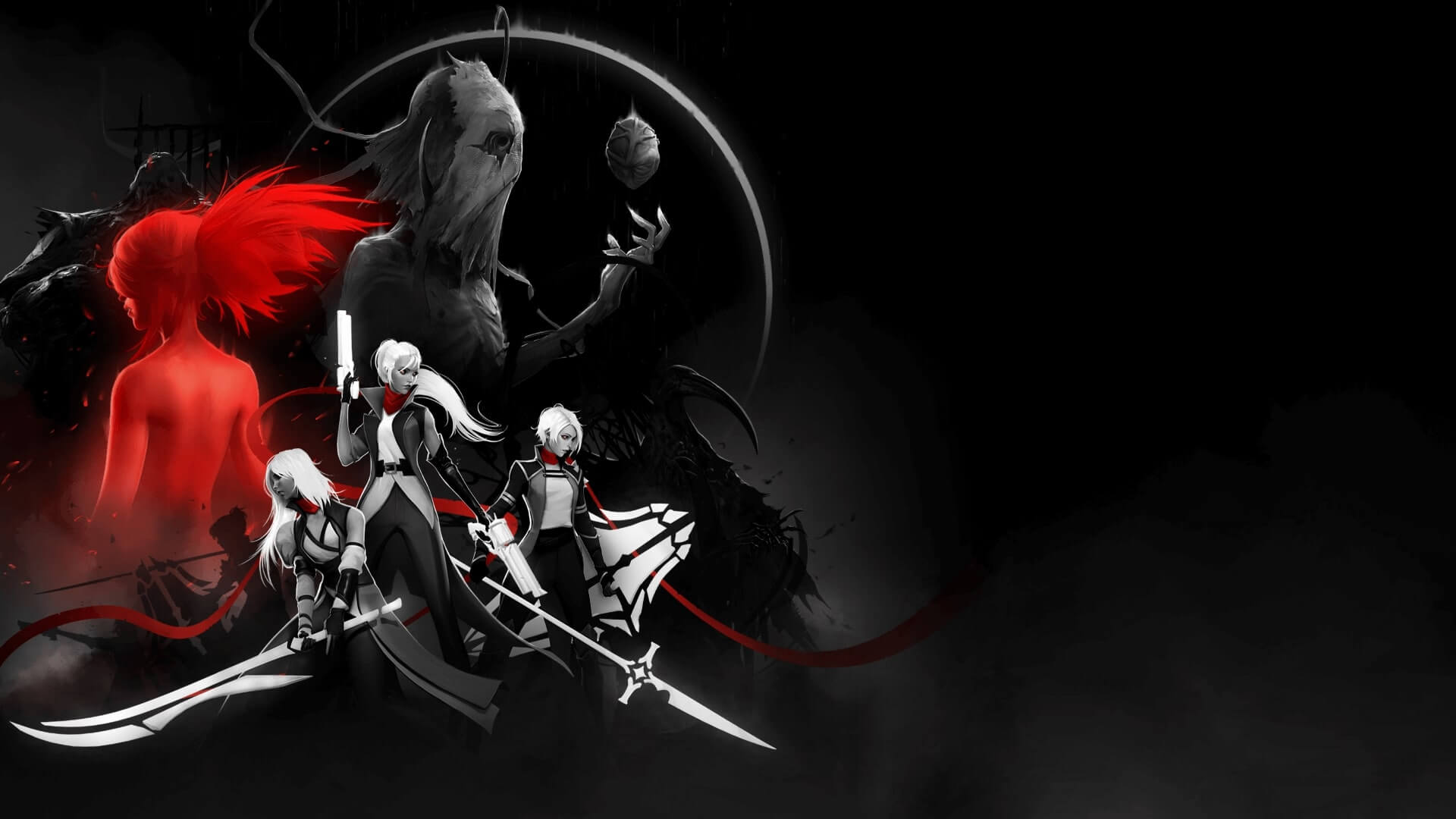 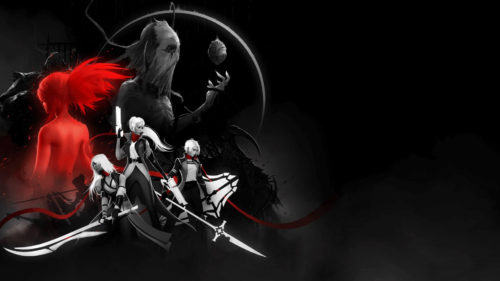 Humanity has fallen. What is there to fight for in a world without hope? What is the point of struggling against the inevitable? There was never really much in the way of hope. But as long as there is one who will pick up the torch, the light can never die. That is why the Daughters rage on, despite the pain and suffering. And all the ones who weren’t strong enough to keep fighting.

Othercide is a tactical strategy game where the player takes control of an army of ‘Daughters’ to confront the forces of the Suffering. The game uses a Dynamic Timeline System that allows players to alter events in the timeline to further give them the advantage. At its core, the gameplay is soul-crushingly tough but ultimately the fruits of careful planning and foresight and sacrifice bear the sweetest of fruit.

Since this game is, in essence, rouge-like, the player must try to do better through subsequent playthroughs. Here it is called Recollections. The objective is to beat 5 bosses over the course of 5 weeks. Each day starts with the player taking stock of their current standing force. Which we’ll talk about later on. For now, let’s just say that this is the moment where you can organize everything for the next sets of fights. Or you can decide to cut your losses and start a new recollection with whatever shards you might have gotten.

In my personal playthroughs, there is a certain weight to every single decision I make that could potentially affect my store of shards for the next potential recollection. It’s a thrill, to put it bluntly. And it only feels good when everything comes together with no problems. Pushing forward into the unknown risks a lot. But in the end, pushing forward removes more and more unknowns. Making each run potentially easier. But messing up really hurts.

During each day, the player can choose to take part in missions to gather resources. These Synapses are there to give the player an opportunity to collect vitae, shards, and experience points. Vitae is necessary for giving life to more Daughters and to attach memories to skills. Shards only come into effect after the player decides to restart a recollection. With enough shards, they can unlock special modifiers in Remembrances. Reaching milestones and beating bosses unlocks more Remembrances. You’ll need shards to activate them for the next Recollection.

Remembrances allow you to get advantages that are invaluable in any Recollection. I’ve found that shards are the most valuable of resources. There are also quirks to them. Each a painful lesson that I needed to learn to fully appreciate its effects.

Each synapse is broken down into multiple difficulties – challenging, hard, and impossible. Numbers and enemy overall strength factor into each difficulty. But the fact that missions aren’t randomly generated means that you can plan ahead and take full advantage for all prior knowledge. Expect to find missions involving hunting down a certain number of enemies, surviving an onslaught to reach an exit portal, and rescue missions that offer a very useful item – for a very great risk.

The battlefield is the most unforgiving place. It’s always a good idea to have a balanced team of a Blademaster, Shieldbearer, and Soulsinger. Of course, knowing stuff beforehand helps, it never hurts to play it safe for this case.

The game utilizes a Dynamic Timeline System that is uncommon in most games. Most strategy games work much in the same way as chess. Make a move, and that’s that. In this game, activating certain skills can alter the flow of the timeline in ways that allow for more in-depth tactics. For example, an enemy might have an affinity towards attacking Daughters with low HP. The player can set it up in a way that when that enemy is approaching, it will trigger a skill that pushes it towards another Daughter with an active skill that activates an attack when an enemy approaches her kill zone. It’s a real highlight of the game.

The Blademaster is a master of burst damage and mobility. Their power comes at the cost of low health points. Shieldbearers’ purpose is to take the brunt of the enemy attack. Unfortunately, they are a reactionary class that functions during battle when the enemy is dealing damage. And finally, Soulsingers are ranged specialists that excel in a supporting role. Too bad, they are practically useless against armored opponents.

As mentioned earlier, the player can manage their standing force before sending them out to battle. This can all be done in the Inner Void. Here, the player can have an overview of their current force. They can use up vitae to birth Daughters in the Birthing Pool. Eventually, all Daughters meet there end and are laid to rest within the Cemetery. In the Cemetery, you can only keep up to 32 graves and not a grave more. You can decide to forget a Daughter to make room for more graves. It’s not the most glamorous of jobs, but it is necessary to keep the best for the next Recollection. By purchasing a specific Remembrance and completing Rescue missions, you do earn Resurrection Coins that you can spend on for Daughters in the Cemetery.

The last place to look at is the Codex. It holds all the information that makes up the story. Making sense of the events of the whole game is a challenge, but it’s worth it in the end as I think it’s better than having the story thrust into your face. The codex is also where we look for patterns in our enemies’ behavior. Predicting enemy behavior is paramount to any engagement. The more information you have, the less you’ll be second guessing yourself when it comes planning an attack.

The enemies of the game are cultists and monsters of the Suffering. Being responsible for much of the suffering in the world. Each enemy reacts in a predictable fashion. By following their logic, it is possible to out-think them move after move. But there’s only so much one Daughter can do. Sometimes, sheer numbers favor the enemy more than anything else. Which makes the act of sacrifice one or two for the mission, a necessity born out of desperation.

The player chooses which Daughter to take on a mission. They can only participate in one mission per day, so managing a standing force that can take on multiple missions at a time is invaluable in the long run.

Unfortunately, the nature of this game is very cruel. For you see, to heal one of your Daughters, you’ll need to sacrifice another with the same level or higher. These hard choices are what make this game instantly memorable. The choice of whether or not to sacrifice a Daughter boils down to how good the returns are and how much confidence you have in the Daughter receiving the sacrifice. It can all mean nothing in the end, if the one receiving life ultimately falls short of expectations.

Managing vitae can often be overlooked as something akin to collecting coins in a Mario game. At some point, you’ll get so much that it becomes meaningless. But make no mistake, vitae is a valuable resource. Vitae is the currency that allows the birthing of new Daughters. It is also what’s needed to attach memories to skills. New players to the game will find the task daunting because there are times that you’ll be burning through Daughters just to keep the few you have alive. With enough experience, you’ll be able to out-think an enemy without taking damage. And thus vitae becomes an after thought to much more important resources such as the Shards.

The game’s striking visuals are what set it apart from other games. The environments are dark and dreary, and it doesn’t even cover the fact the game uses every shade of grey between white and black. Lighting breaks up the monotony of the scene. To me, it serves to add to the depressing tone of the state of the world.

The Daughters themselves add a spark of life in this dark, dark world. New Daughters look so enthusiastic and full of life. Their expressions drastically change after long periods of fighting. Turning something so sweet and innocent, into hardened killers willing to do whatever it takes for the sake of the mission.

The only thing that I didn’t like about the game is the fact that enemy encounters repeat themselves fairly frequently. What I mean is that the conditions may be the same, the only difference is the kinds of enemies that spawn within the map (You go over the same Recollections a couple of times and you’ll catch on quick). My only other complaint is the fact that the Red Mother voice-over files overlap in the Victory screen. It’s not much, but it gets quite annoying.

There is not much to the sounds besides the wind and the occasional lightning strike. The Red Mother often breaks the silence, giving us messages of hope and encouragement. However, we must also acknowledge the voice of the Suffering that whispers doom into our ears with great frequency. There was never much hope to begin with, only a faint hope that keeps everything from falling apart.

Our story begins with the fall of the Mother. After centuries of fighting off the forces of the Suffering, she finally falls. In a final act of sacrifice, she sends her spirit to the beginning of everything where see guide us, the Friend, to help her piece together her fragmented past, and possibly turn the tide for humanity’s sake. Her Daughters are the key to all of this. It is our job to train them to do the impossible.

The atmosphere of the game is suffocating and oppressive, but I wouldn’t want it any other way. The set up for trying to do the impossible is neatly presented. You know what the stakes are from the start, and the margin for error is razor-thin.

The game is dark and dreary. There is an emphasis on the feeling of dread that bubbles up the deeper you go in a single run. It’s not in the fact that enemies become harder to kill, it’s with the knowledge that any slip up will cost you an entire run. That heavy feeling weighs you down considerably. But the feeling of delight after beating a boss and progressing onward far outweighs any feeling of dread along the way there.

Othercide isn’t for everyone. It caters to a specific group of players that delight in more than just the art design. It also takes a lot out of you. It’ll leave you feeling drained. But all the sacrifice in the world is worth it just to make it one step further than where you were in the previous run. That makes the whole experience worth it.

Othercide – Review
Score Definition
When the issues of a game are rolled and stomped by its greatness, then it’s something to invest on if you have some spare.
Pros
There is a lot of potential in the Dynamic Timeline System
Striking art style
The great joy in making it one step further
Combat specifically tailored to one's prior knowledge
2nd degree story telling through memories and objects
Cons
Audio overlap on the after battle screen
Enemy encounter templates repeat quite often
Every defeat is costly in the long run
The margin for error is razor thin
8
Great