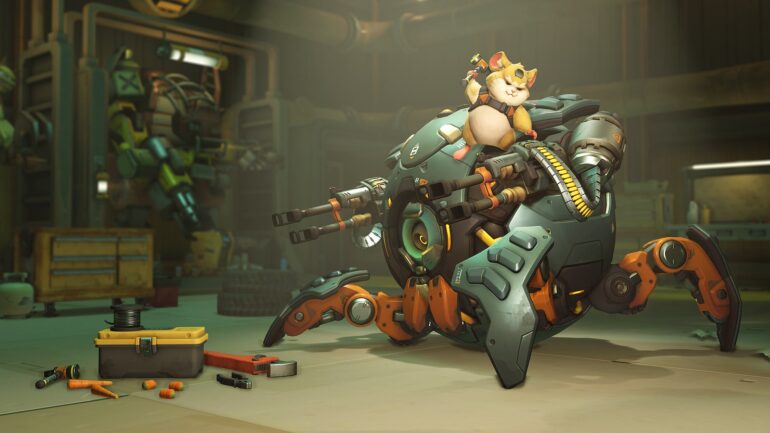 The beta version of the game is expected to have some bugs but this new one has made it crash so hard. Players who are using Wrecking Ball’s Grappling Claw ability would crash the game, which pretty much made it unplayable at this point. In order to fix this problem and find a more permanent solution, the developers had to temporarily disable the character from the roster.

Wrecking Ball is a small hamster that pilots a very large powerful mechanical monstrosity in a shape of a sphere. It can roll around the battlefield, knock enemies out, and has the Grappling Claw ability. Yesterday, a group of players discovered the bug and now it breaks the game. What they had to do was fire the Grappling Claw straight down and it will boot everyone out of the match for some reason. Talk about bizarre.

It would not even end the match or shut down the lobby. It would, however, crash every other player’s game and will completely remove them from the server. It will then force the game to repopulate the game with nine new players. The one who made the glitch will not be affected for some reason. It is actually quite a cheat as the player can now complete all objectives without enemies to fight. They can even trigger the glitch as many times as they want. Very unfair for everyone, which was the reason for the developers to finally end the buggy character temporarily.

Blizzard is currently looking for the answers to finally get back Wrecking Ball into action. For now, he stays away from the roster of Overwatch 2.

Overwatch 2 is currently in development. It will be available on PC, PS4, Xbox One, and Nintendo Switch.