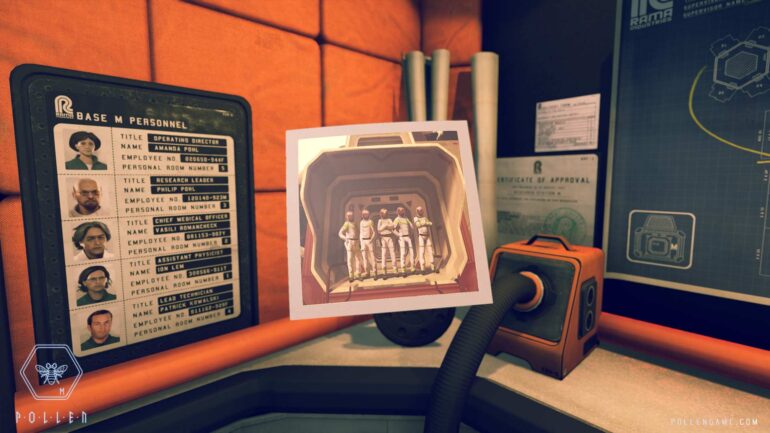 What happens if you blend together 2001: A Space Odyssey and Interstellar? You have P.O.L.L.E.N.

This is set on a different timeline wherein the assassination attempt for JFK failed. Thus, it created a rippling effect for the space race that United States teams up with the Soviets to look for answers about the vast beyond. But upon approaching Saturn’s Titan, the crew members went bonkers and disappeared. It is up to you, a nameless mechanic, to search for answers.

This game is governed with the mystery of the unknown and filled with a dark past. It sets you up on an abandoned Station only to be gripped by an atmosphere so uncomfortable yet so daring to explore as well.

The gameplay is what you normally do when playing exploration games: you point, click and walk. But P.O.L.L.E.N. has some tricks up its sleeve. It boasts a fully interactive world. I was surprised when I took a picture from a Polaroid camera I found on the floor and see the frame drop down. It was filled with detail. From the actual date and time of the photo I took,  I felt like I was there… in a way. I also went to their gym and messed around their darts, basketball court, and their vending machine. Surprisingly, they all work! This simple attention to detail gives you a feeling of actually living into their retro-futuristic world.

Driven by a narrative that keeps you looking for more, P.O.L.L.E.N.’s story can be understood through a set of ‘tapes’ found in the Station. These collectibles can be listened through an audio player scattered around the area.  It’s slow, but to absorb their emotions by feeling emphatic to them is P.O.L.L.E.N.’s way of making you care for these characters. Which, I admit, it didn’t work for me.

Later in the game, you are introduced to a supernatural element. It changes the game’s course and lets you uncover the mystery more and more. It’s spooky, and it adds a new layer of fun to the game.

Needless to say, this is not a horror game. It is designed to give you an immersive outer-space experience filled with a supernatural presence. There are no jump scares and no Xenomorphs chasing you. It’s just driven by a McGuffin that entails you to find the missing crew members.

This is also one of the few games to fully support Virtual Reality. So far, they’re still on Beta Testing. Currently, support for Oculus Rift is still available. HTC Vive is soon to be announced. This speaks a lot to the game’s core mechanics. By the time I finished the game, I’m pretty sure the devs are trying to showcase the game through a VR form.

However, atmosphere alone can’t hide this game from its flaws.

P.O.L.L.E.N.’s puzzle sequences are a chore. Backtracking your way from one room to another is not really that fun after a few hours. Sure, everything is fully interact-able  but it also adds the stress to find the actual quest items! It was only later in the game I realized that these quest items are found anywhere in the station. Your main character ‘grunts’ when he finds something interesting. These quest items are placed on your little inventory system that actually does not help much since clicking automatically uses the suitable quest item for that.

As for its performance, I noticed that this game stutters a lot when you open doors. From 60 frames to 10 frames, I felt annoyed by how silly it is. One moment I’m enjoying my time in this room and as soon as I enter the next one, bam! Framerate drops like hell. I had a few crashes or so, and the long loading times can be quite jarring too. For guys with patience, it’s okay. For those who do not have, be prepared.

For an exploration game, graphics are required to give players a sense of realism. I must say, P.O.L.L.E.N. showcased a retro-futuristic vibe throughout the entire game. Its fully processed world is powered by the Unity 4 engine. The visual aspect of warping from another dimension is satisfying to look at.

Paired with striking visuals, P.O.L.L.E.N. also created an atmospheric soundscape to give players an eerie feeling along the way. The voice acting sounds good and again, the sound of warping from another dimension is also satisfyingly spooky to the ears.

As for replay-value, the game offers achievements and collectibles for completionists. Hidden stuffed animals are scattered throughout the station and ‘secret’ tapes as well. It adds a bit of challenge but it does not seem to add a layer of fun for its 4 hours of game-time.

Once again, P.O.L.L.E.N. is propelled by a narrative so bizarre yet intriguing. It’s retro-futuristic approach to science-fiction is eye-candy for players who loved Kubrick’s work. As much as atmosphere is concerned, this game is also plagued with performance issues and pacing. Its goal of immersion is so dependent that the amount of feeling you have for its characters and story can get underwhelming at times. I don’t even remember who they are, except or ‘Karen’ since she was probably the biggest victim around here.  But for a game made by 15 people, it’s promising. If you want a fully immersive experience, play it using VR and feast your eyes! 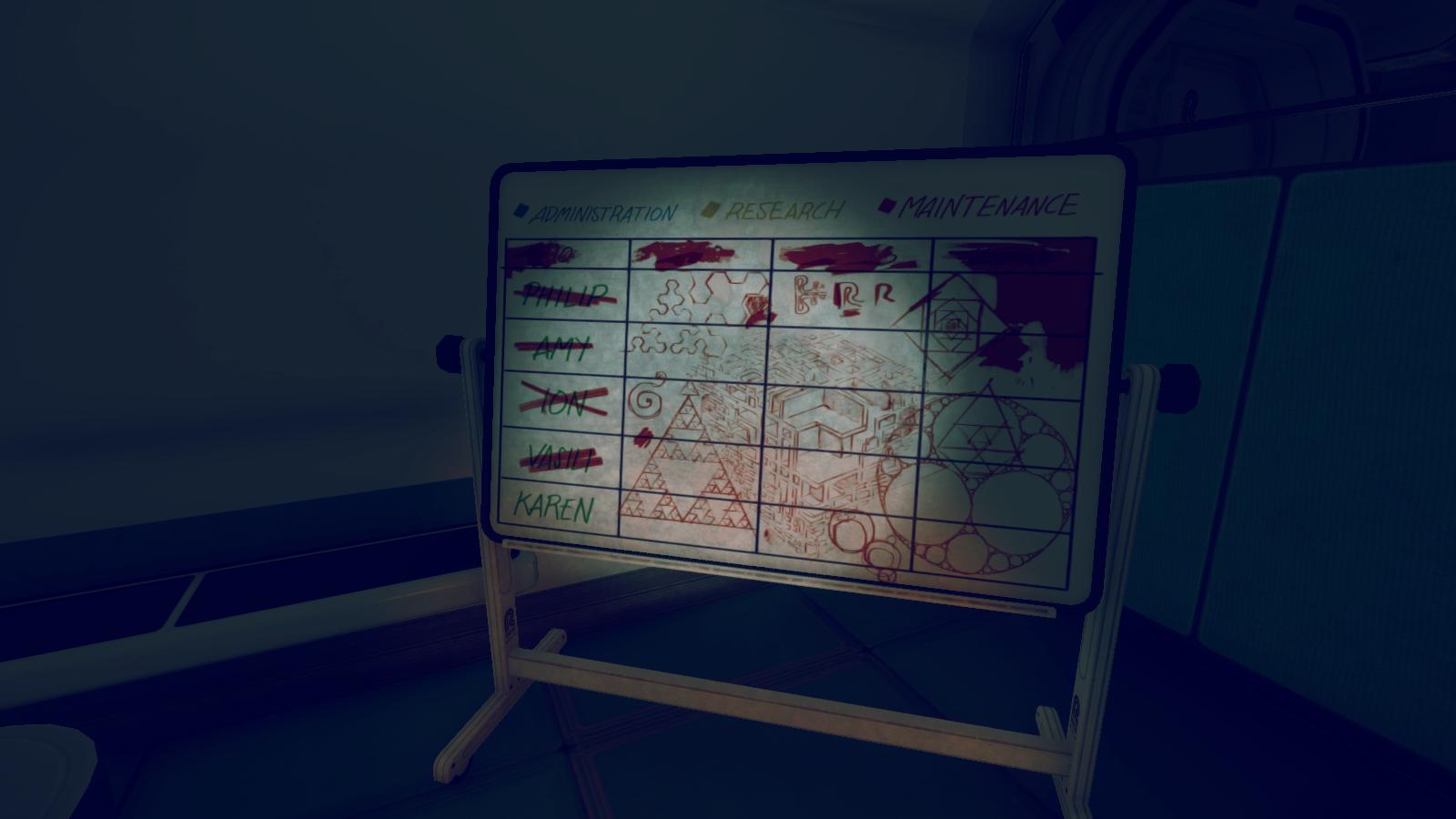