PAC MAN WORLD RePAC, A Remake of the PS1 Classic, has been Announced

Pac-Man is back and his old adventures are coming back to life in a full remake. 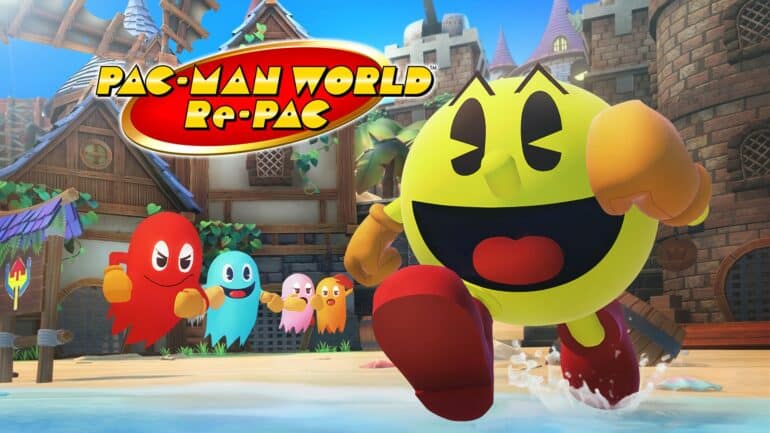 Recently, Bandai Namco has announced their iconic video game mascot, Pac-Man will have a new game this coming August titled, “Pac-Man World Re-Pac.” This game is a full remake of the 3D action-adventure ” Pac-Man World 20th Anniversary ”  released by Namco in 1999 and said that the graphics and action are enhanced while keeping the worldview and game characteristics as they are.

In this work, “Pac-Man World 20th Anniversary” has been fully remade to make it easier to play, such as improving graphics, adding action elements, and updating the battle system for boss battles! The operability of jumps, pack dashes, hip attacks, etc. has been improved. As a new element, a huge action has appeared! Fly, bounce, run, dive! Let’s aim for the goal by making full use of Pac-Man’s variety of actions!

Just before Pac-Man’s birthday party begins, the Pac-Man family is kidnapped by ghosts in a plot of the evil robot “Tockman”. Pac-Man explores the six mysterious worlds of Ghost Island and confronts all enemies to rescue the family!

Pac-Man World Re-PAC will be out on August 26, 2022, for the Nintendo Switch, PlayStation, 5, PlayStation 4, XboxSeries X|S, Xbox One, and PC (via Steam). The game will have standard and limited editions open for pre-order. In limited edition, not only does it come with the game, it will include as well a DLC skin of Chogokin and a PAC-MAN CHOGOKIN Noir Chrome figurine.

For More info about Pac-Man, visit their main website at BANDAI NAMCO.