Survive by improving the car. 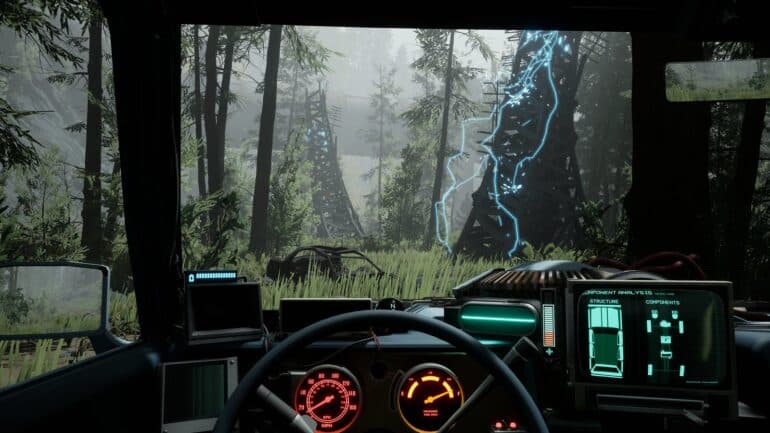 Pacific Drive at State of Play

During the newest State of Play showcase, a trailer of this new game was revealed which features a car that players drive around. It seems the area is corrupted and it slowly tries to catch the player while they drive away from the area they were exploring first. In the end, the car gets flipped over and it ends.

Improve the Car to Survive

According to a new blog post, this is a run-based first-person driving survival game where players explore the Zone and the car is the lifeline. Players must scavenge resources to maintain and improve the car in order to survive.

In 1955, the United States government seized a region of the Pacific Northwest by eminent domain. The Olympic Peninsula became the staging ground for promising new technologies, but these utopian creations came at great cost: severe radiation, environmental collapse, and supernatural horrors. The government walled off the area and established the Olympic Exclusion Zone. What happened inside was never disclosed.

Rumors and stories about the Zone run rampant, compelling you to go and explore its perimeter. Your plans go awry and you’re now stuck inside – you don’t know it yet, but the only way out is through. You find a barely running station wagon deep in the woods, miraculously unlocked and able to make the trip down the hill into the valley. Here you come across an abandoned auto shop which becomes your base of operations, where you safely repair and improve your car between runs. Do your best to survive, solve mysteries, and search for a way out — or become part of the ongoing legends of the Zone.