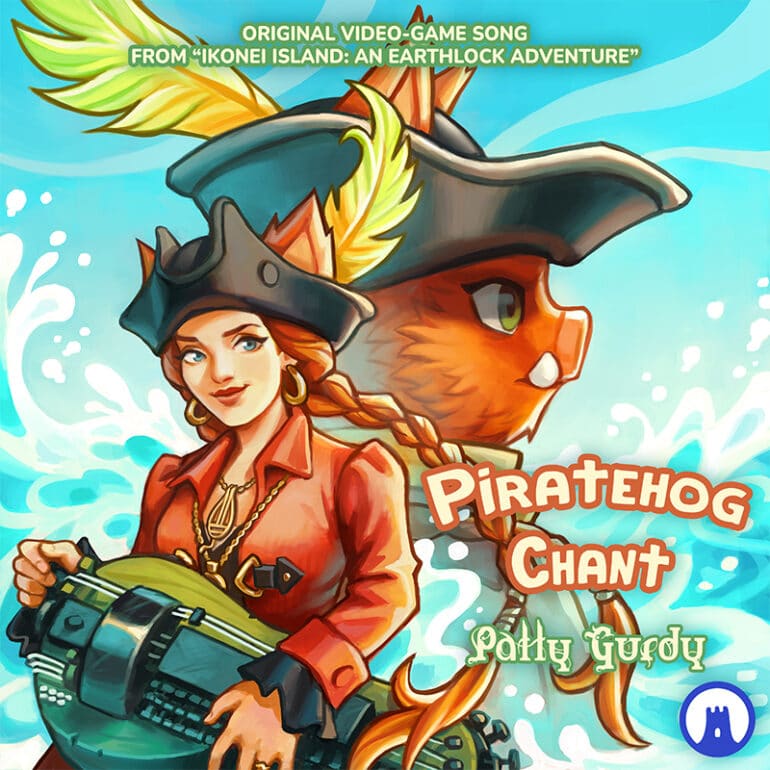 Publisher Snowcastle Games is celebrating the open beta for Ikonei Island An Earthlock Adventure, their upcoming title about crafting, thwarting pirates, and befriending animals with a collaboration with YouTube music sensation Patty Gurdy. With her trusty hurdy-gurdy in hand, Patty Gurdy plays a Piratehog Chant, an appropriately pirate-themed song that appears in the game when you are dealing with the hogbunny Pirate Captain – Captain Rustbristle.

“Working with Snowcastle Games has been an exciting step in my career,” notes Patty Gurdy. “As a musician, it is an honor that I get the chance to work with different media such as video games, because it teaches yet another layer of the power of music. Snowcastle Games is a team of hard-working and kind people who taught me a lot about the unique aspects of this medium, and I could not have had a more welcoming start into the world of games.”

Taking inspiration from titles like Animal Crossing and Stardew Valley, Ikonei Island An Earthlock Adventure adds to compelling exploration, resource gathering, crafting, and customization systems with a host of fun gameplay ideas that give this colorful title its own twist. Befriending local wildlife and using their unique abilities to help you access new areas of the island offers a compelling exploration mechanic, unlike anything you’ve seen in the genre before.

Expect to encounter perilous pirate camps and battle monsters as you uncover Ikonei Island’s secrets. Perhaps most importantly, look forward to doing all this with your friends! Multiplayer is one of the key features that Snowcastle will add to the game as it builds out the title’s features during Early Access on the road to a full PC, Nintendo Switch, PS4, PS5, Xbox One, Xbox Series X|S release.

You can check out the game on Steam right now.