The Midland Bundle is now complete. 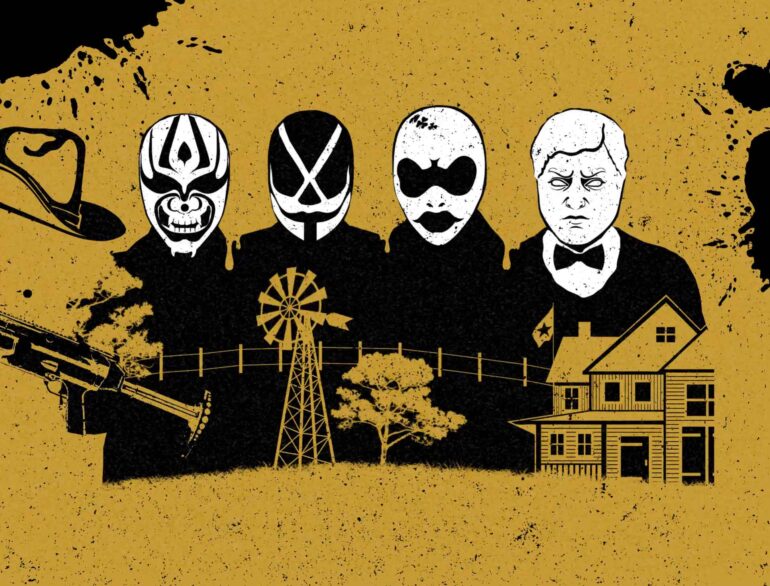 Blaine Keegan, Texan, crook and family man. He is looking to turn a new leaf in his older days, and wants to leave a legacy for his family, a legal one. That legacy being all of Texas. And so, he’s set his sight on the highly lucrative, but cutthroat oil industry. Keegan wants nothing more than to go legit and hand over his criminal empire to his right hand, and family arms-dealer, Gemma McShay. She contacts the Payday Gang with an offer they can’t refuse…

The Midland Ranch heist takes place at a closed-off Texas ranch, instead of the usual fare of cattle, horses or tourists however. The only thing running through this ranch though are guns and soon, criminals.

The Midland Bundle is a prime example of how the developers have changed their method of how they package their DLCs. This time, the bundle contains 3 DLCs that if on its own, were released over a few weeks. Getting the bundle early will get players the best price and it also gives the devs time to finish every piece of content without a huge release deadline of having all released at once.

The Midland Bundle is set as a static bundle. To explain, this is giftable through steam, but if a player already has one of the DLCs included outside the bundle, they will not be able to get the whole Bundle afterwards. They are now obligated to buy them separately now.