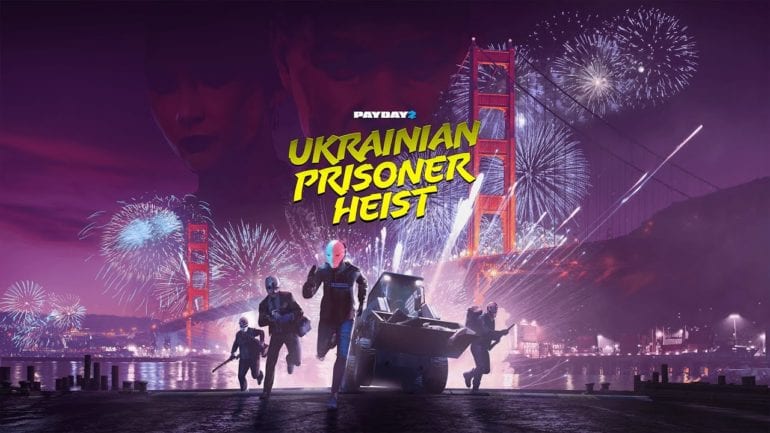 The next chapter in the City of Gold campaign just got announced and it will feature two new DLCs called the Ukrainian Prisoner Heist and the Guardians Tailor Pack.

The Payday Gang recently stole a priceless gold dragon statue from the Golden Dagger Triad in San Francisco’s Chinatown. Now the Triad strikes back in an unexpected way, and the heisters need to act quickly to rescue a friend that’s been caught in the crosshairs of the vengeful triad boss Yufu Wang.

The gang is also sporting new outfits and gloves to fit the upcoming action, along with a new set of masks based on Chinese mythology.

The heist is available in both stealth and loud, and has a variety of preplanning options to allow players to customize their approach.

PAYDAY 2: Ukrainian Prisoner Heist is available now on Steam for $6.99

Outfits (each of these has 4 color variations, for a total of 8 outfits):

Gloves (each of these has 4 color variations, for a total of 8 gloves):

PAYDAY 2: Guardians Tailor Pack is available now on Steam for $2.99

Alongside the Ukrainian Prisoner Heist DLC and the Guardians Tailor Pack DLC, a free Dragon Bomber Black outfit is being released for all owners of PAYDAY 2:

Payday 2 is now available on PC, PlayStation 4, Xbox One, and Nintendo Switch.