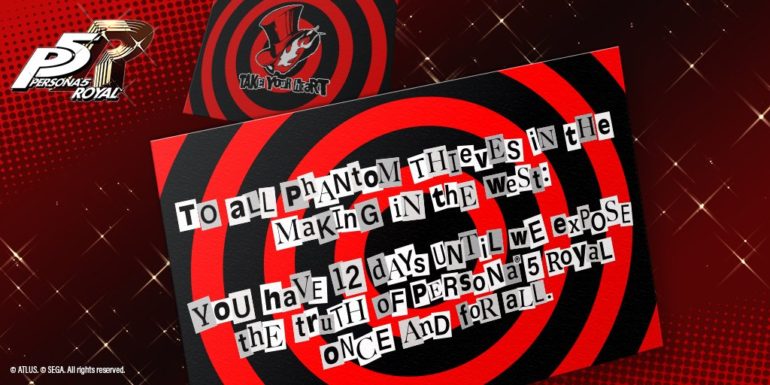 Game company Atlus recently revealed that there will be a big announcement for upcoming JRPG Persona 5 Royal for the west soon.

The game company teased that there will be a big announcement for the western audiences this coming Dec. 3 at 9:00 am PT. There is already a countdown to when the truth will be revealed on the official website.

The new image is in the form of the famous calling card that the Phantom Thieves leave before a heist. It reads:

To all Phantom Thieves in the making in the west:

You have 12 days until we expose the truth of Persona 5 Royal once and for all.

The game first launched on PlayStation 4 on Oct. 31 in Japan. The western version is due out in spring 2020.