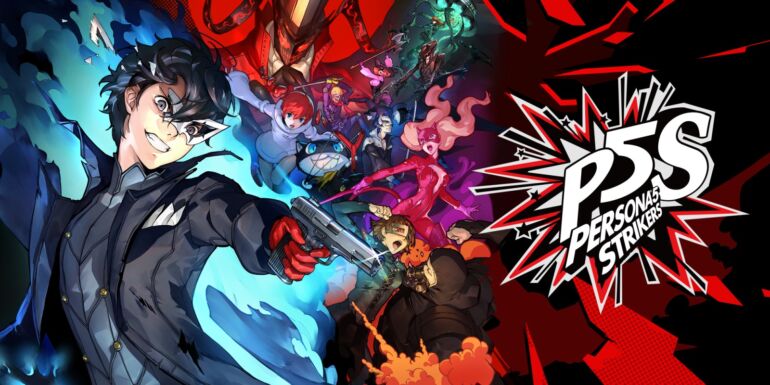 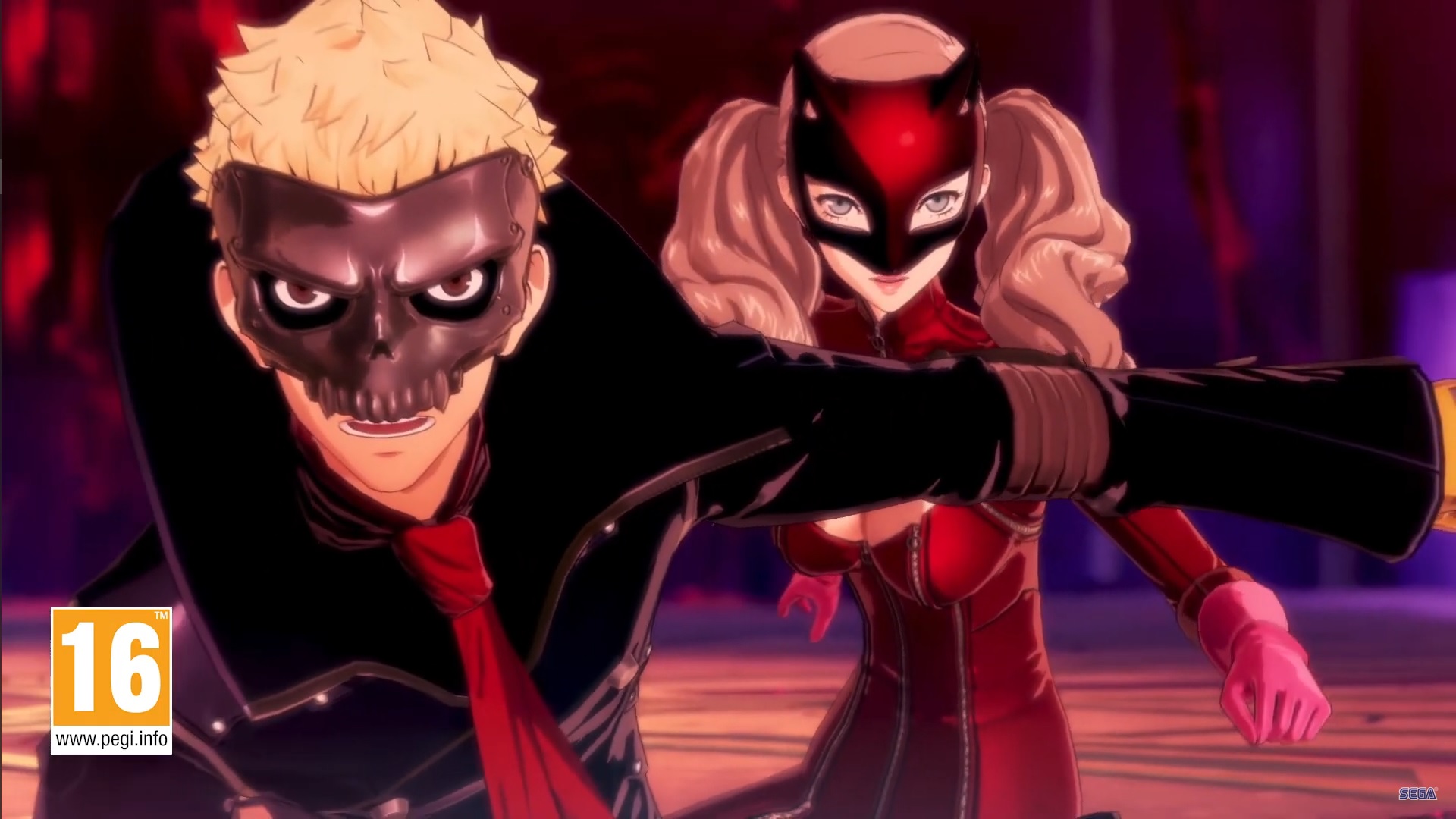 Persona 5 Strikers is a game that keeps on giving. With Persona 5 Strikers or P5S for short, you get a whole lot more of the story that adds to what Persona 5 and Persona 5 Royal has given us. If you haven’t played both games though, you should be warned that P5S will contain spoilers for those games.

The story of Persona 5 Strikers continues where we left off in Persona 5. The world is now a much better place thanks to the Phantom Thieves. Our heroes are getting together for a reunion as every one of them has gone their separate ways since the events of Persona 5. The story takes us 6 months after the incident and Makoto and Haru are now in college. While Ann and Ryuji are still in high school. Our character who is known as Joker to the Phantom Thieves visits Tokyo to reunite with his friends.

Of course, nothing is at it seems as their plan for a vacation has turned into a quest to save Japan once again from the ruin and despair of an unknown enemy. The MetaNav no longer exists as it disappeared when they have defeated the final boss in Persona 5. However, a new app called EMMA has taken the world by storm. It functions similarly to Siri, I believe. People have started using it to find any place they were looking for or ask it to buy things online. It also had a function to add people.

But when a keyword to add a friend suddenly warps them into a place that looks similar to the Metaverse, things have changed drastically. And this is where the game begins. The Metaverse that they got pulled into has a different vibe. It’s not just a very linear dungeon where if you find the exit, it will take you to the next room. This time around, you can freely go wherever you want to.

They call these places now as Jails instead of Palaces and the ruler of each Jail they would call it as Monarchs. The Monarch’s only goal is to capture all the desires of anyone who joins the Jail, practically imprisoning them. Any person whose desire gets captured no longer behaves normally in the real world. In fact, they seem to be under the Monarch’s rule. Puppets who will do anything that the Monarch will say.

Of course, our Phantom Thieves can’t just turn a blind eye so they went on a quest to confront each Monarch to change their ways. For some reason, confronting each Monarch and making them change their ways does not destroy the Jail itself. So they figured, this is different from the Palaces they have encountered.

Each Jail, also contains power sources that are held inside a birdcage. These power sources are keys to unlocking the area where the Monarchs are residing and ultimately where the Desires of people are being held captive. You will then need to fight off the Jail Wardens to be able to collect the Power Sources.

Speaking of combat, the combat in Persona 5 Strikers is very different from what Persona 5 was. Battles here are now fully action-based. In order to initiate a fight with any shadows, you can either sneak behind them or take them head-on. The enemies can also strike you first but this will put your team at a disadvantage. You start each battle with 4 members of your party.

All team members are playable at the very beginning of the game but you will also meet new party members that which will be a welcome addition to your dynamic team. Each member has their unique skillsets and actions. This leads to a mix and match of playstyles which makes the game fun and chaotic. I try to rotate them from time to time so I can also level up the other characters. As with the previous games, you can only level up a party member if they are with you in the battles.

You must bring an assortment of party members that will have spells or skills that enemies can be weak against. That being said though, it’s hard to tell what type of enemies you will encounter as all of it is purely random. You could end up fighting an enemy that blocks physical attacks but are weak against magic. I guess it comes down to SP management as you’d have to preserve your SP to be able to attack an enemy that is weak against magic.

The sequence of quests that will lead you to defeat the Monarch seems to be the same for each Jail you encounter. It starts with the investigation, then infiltrating the Jail, then visiting the secret room that has Lock Keepers that when defeated will unlock the Birdcage that holds all the desires. It’s the same formula but is still different from each other because of what each Jail is about.

Traversing each Jail can be difficult if you don’t have equipment or items. Unfortunately, for the Phantom Thieves, their go-to stores are closed for the summer so they need to look for somewhere else to buy them. Luckily enough, they can now purchase items online and have them delivered to them in an instant. There’s this funny little moment where Ryuji jokingly ordered a gold bar and it arrived instantly in their hideout.

Another feature this game has is the Bond. During each cutscene, you have the opportunity to strengthen your bond with your allies but it is no longer a bond that you’d have to strengthen individually. Instead, you have a collective Bond-level that increases when you do certain things like saying the right words during cutscenes. But you can also increase your bond by defeating powerful enemies. You can then use these bond points to get perks that will help you in the game. I like how they simplified the bond mechanics to help you focus more on the actual game rather than spend time thinking about who to spend time with. Don’t get me wrong, bonds are the bread and butter of the game but in a game where so much is going on, it’s a breath of fresh air.

Futaba does more things this time than she did in Persona 5. She still does navigate and supports the team by randomly healing them or giving them random buffs. But in a certain area of each Jail, there are locked gates that can only be opened by hacking. That’s where Futaba comes in and hacks the locks. In this mini-game of sorts, you’re tasked to defend Futaba as she hacks the lock and prevents her from dying. Waves of enemies will come at you and a timer comes up signifying when Futaba finishes hacking. Equipping Futaba with the best armor and accessories will ensure that she survives any encounter should the enemies get to her.

Another feature I like in this game is the Dash mechanics. Certain objects in the Jail will allow you to “dash” to them, essentially letting you hide from the enemies. Once you get to the object you get an action that will allow you to attack the enemies from there. You can also use these Dash points to ambush enemies. This addition makes them a much more agile and a much more deadly Phantom Thief.

All Out Attacks is a game mechanic that exists; and it is triggered by the same thing. But instead of a silhouette, we get to see as they attack all of the enemies on screen. One mechanic that they brought over from Persona 5 Royale is the Showtime. But here, Showtimes are now individual instead of duo Showtimes. Showtime is triggered once you accumulate enough points to unleash it. And passing the baton to another player will increase the rate of Showtime.

Passing the Baton is essentially choosing the next character you want to play as. But it has other benefits than just increasing the rate of when Showtime can be next used. Each party of your member will sometimes call out to you and ask to be in control, If you pass it to them at just the right time, they will execute their unique skills effectively damaging the enemies greatly.

The Velvet Room is back once again in this game. Only this time, Lavenza will be the only one waiting for you there. For those that do not know, Lavenza was the fusion of the two Jail Wardens in Persona 5. Lavenza will help you with your persona needs. She can help with Persona Fusions, Leveling up your Persona, or Registering them to your Compendium.

Speaking of Leveling up your Persona, the Persona in this game levels up differently. Your teammates have their own default Persona that levels up with them as they level up. But Joker’s Personas can also be leveled up using the Velvet Room. This is very useful when you end up not using all of your Personas in battle but you still want to level them up, just in case there comes a time that you will use them.

Persona 5 Striker’s music is as awesome as before. Tracks from the previous game are brought back for that nostalgia factor. But they also add in fresh new tracks and revisions of old ones to suit the atmosphere of the game. It definitely fits the action-packed battles of the game more than it did on turn-based battles.

The only thing that I find that’s missing in the game is the ability to lock on to enemies. It would be the one essential thing that could be the difference between defeating the enemies or being overwhelmed by them. But in a game where chaos is the main element, then I guess it isn’t that bad after all.

Persona 5 Strikers is a game that will have you playing it for hours on end. A game that expands the Persona 5 mythos and is a welcome addition for those who want more adventures with the Phantom Thieves. If you are a fan of the game, there should be no hesitation on your part to get this game and enjoy it. 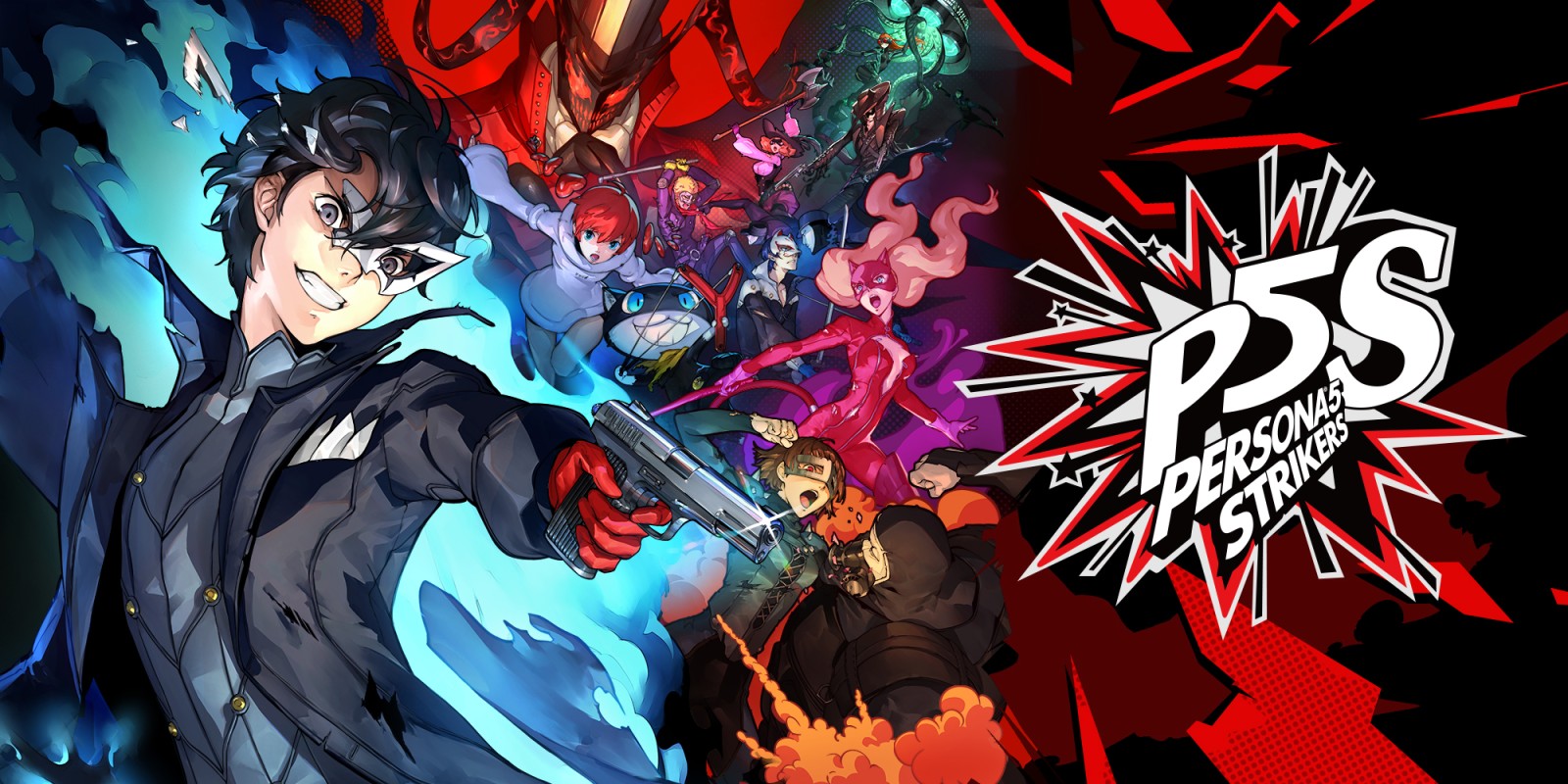 Persona 5 Strikers – Review
Score Definition
Almost perfect if not for the nitty-gritty. If it’s quite there but not enough to push the boundaries, it’s still an awesome game.
Pros
Great Soundtrack
Amazing Gameplay
Engaging Story
Cons
No ability to lock-on targets
9.5
Excellent