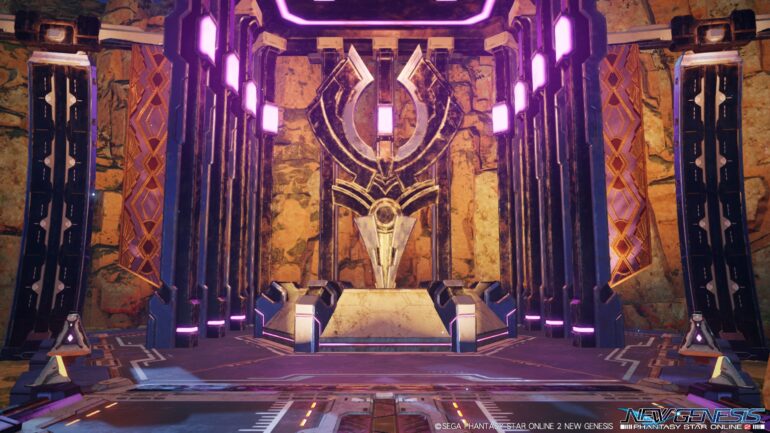 What’s up, gamers? Back here with another report, this time on Phantasy Star Online 2 New Genesis’ new updates such as a new weapon line, the capability to create playlists if you have a bunch of songs you like from the Jukebox, aside from an all-new level cap and Battle Area to accompany it. Now, let’s get started!

First off, we are introducing the new weapon line, the Kukurohziat line that specifically takes from the weapons of the main enemies in-game, the DOLLS. Ranging from the featured Sword, it runs quite the gamut of weapon types such as the Bujin’s Katana, the Launcher, Assault Rifle, among others which give others a good Lv. 27-and-up weapon line to rely on outside of the first ones to arrive, if not giving hope for a possible multi-weapon Camo someday that could possibly be called the * Kukurohziat Almati or * DOLLS Almati. A whole camo line for it that spans all except the unavailable, which is currently the Gunblade or if you’re a JP player, the Gunslash.

Next up are the changes to the region of Retem. Everyone’s favorite Battle Area, Retem Alnothe or Al-Nossa on the JP server, has finally obtained a new Rank that accommodates Lv. 40 players and helps them reach the current cap of Lv. 45 considerably fast with its small area and great enemy spawn rate, as well as the limited questline which gives you the Kvaris Expedition Prep Ticket, whose use we will see once the new region arrives come June.

As for those re-exploring Retem, it’s a good thing to look out for more Red Boxes as a Title can be obtained upon completion of that sidequest. Rank 2 has been unlocked for the Retem Urgent Quests and while they do not have any changes in the enemy lineup, a good drop rate for rare items is seen considering the Kukurohziat weapons can drop upon completion, but it still depends on which.

As for the MAG Playlist, it’s a programmable music playlist allowing you to build one out of unlocked tracks in-game to your liking, if you have numerous to every song registered to the Jukebox, you can access it and build quite an impressive playlist. Aside from that, the ability to cut specific portions of songs to listen to is quite a good way to edit it out if you want just a medley of the good parts, but programming them can be quite a chore unless you’re really up to it. Your playlist, your rules after all.

Another one we should talk about is the Equalizing Enemies. These guys buff other enemies in a radius, making them harder to beat, and thus making them a priority target to defeat and leave the others vulnerable. In one fell swoop, enemies are easier to destroy, like a domino effect of sorts. The effect is similar to destroying the growths on Enhanced Enemies but on a bigger scale, with area-of-effect skills better utilized in mowing them all down, which is key if you want to get more EXP at a faster pace.

The new region, Kvaris, will be out by June. From the scorching desert of Retem into the freezing cold mountains of Kvaris and considering the outline of the area looking at it from a distance, it seems that it’ll be a really rough area with a lot of rocky protrusions leading to pitfalls to the lower areas of the region.

One more thing to look forward to for other players is the Red Box Hunt as it gives out either the farmable Gacha currency or free in-game currency for normal use.

Looks like we have something to look forward to once June hits, and it’ll be quite the development once it arrives like area exploration, another Red Box Hunt, more quests, and more recipes to create as the new region offers new DOLLS, FORMERS, TAMES plus its own flora.