There's a lot to look forward to in the Retem region 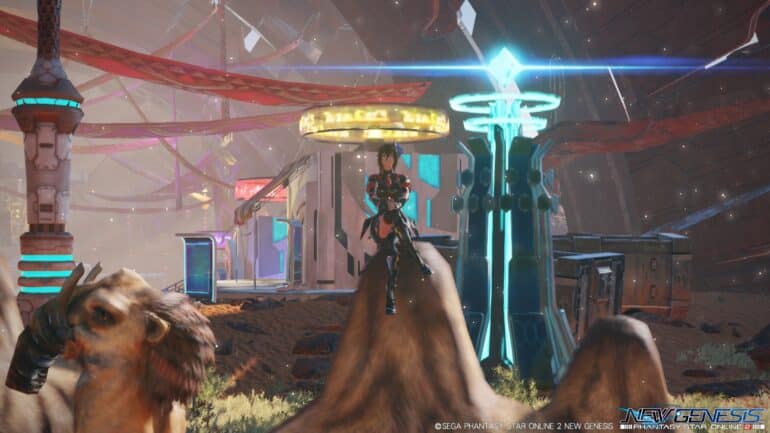 The long-awaited content drop has arrived for Phantasy Star Online 2 New Genesis, and along with it came Retem, the desert region and all the DOLLS that infest the area, along with the return of a staple of the series: Dark Falz.

What awaits the player in the region of Retem, and what will we learn about the new characters that will greet us upon arrival: The strict and somber Nadereh and her crew of CASTs aside from the NPCs that we will interact and get side-quests from.

The design for the area is amazing, providing us with more areas to explore and those darned Red Boxes (which, in their defense, has really helpful contents) scattered across the new region, sporting 6 areas, 3 more Cocoons and 1 new Tower which provide well-needed Skill Points to enhance your character further aside from the plethora of new weapons just waiting to be obtained either from rare drops or buying them from the Personal Shop (which I do not recommend as of now considering the price).

The reintroduction of Titles in New Genesis and the incoming events all promise a good time for a lot of players, returning or those who have been playing constantly from the start.

The renewed Login Bonuses made in celebration of the release of Retem is a welcome change, with prizes galore along with the revamping of the Mission Pass mechanic, with being in Premium already unlocking the Gold Tier instead of spending 100 SG per ticket every time a new season comes.

The music of Retem is fantastic, from the easy jazz of Retem City itself, to the tense music of the treacherous badlands surrounding it, with some musical Easter eggs hidden in certain areas (I myself have found 2, one of them hailing back to the Master System, SEGA’s 8-bit console from way back: The Motavia BGM and the opening theme, from Trinites and Rwq Maqead, respectively.)

Addendum: As of current, 2 more have been found. The edge of the topmost part of Retem City has the Moatoob theme from Phantasy Star Universe, a certain area in West Retem near the Ryuker Device has the PSO2 Original’s Desert Theme in Planet Lillipa, and the Underground Facility theme in South Retem near the Cocoon, while I’m still researching on the North Retem music Easter Egg.

The Motavia track was a neat throwback considering Retem is a Desert area and the formerly-mentioned was an entirely-desert planet with a large lake from Phantasy Star 1 on the SEGA Master System, where everything starts from. Fitting, as to the mentioned return of Dark Falz, then known as Dark Force. The second one’s the opening song, as if pumping you up for the battles ahead and allowing you a breather to recompose yourself after the initial boss battle in the Maqead Lower Level.

There’s the change of the regional changes for food as well, adding to the replayability due to farming ingredients here and there, making sure you have a sustainable stack of Retem fruits, vegetables, seafood and meat to obtain the buffs you can get from each class (Crisp, Robust and the like).

The new areas themselves host various threats, and like their Aelio counterparts, some areas have higher-level variants to accommodate those leveling up to the new level cap, Level 35, making the last stretch of 5 levels worth laboring over since the areas are small enough to run amok in.

Some players with a penchant for taking well-positioned screencaps of their characters may find a lot of good spots to take photos in from the coastlines of Retem to the cliffs and badlands and even at the top of the large rock at the southeast or the pyramid in Central Retem, provided you can find the way to climb it.

Mirroring the planet of Lillipa on the base game, more mechanical threats abound in the new region of Retem. Dare to take up the challenge to explore and see what lurks around the region?