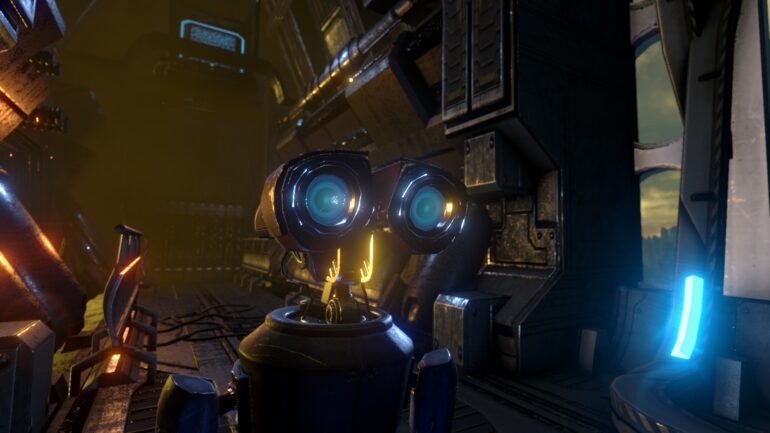 This review is all about Phoning Home for PC. Phoning Home is a survival game, which you get to play ION, a young exploration unit on a mission to secure natural resources. Although categorized as “Adventure” on Steam, it’s more on survival. Of course, the first thing you will notice or the first thing that comes to mind is… “Is that Wall-E?” In fact, I don’t think that’s Wall-E because he lacks those… caterpillar track wheels. But ION has this levitation jet as his “wheels” to go around. We can say ION is more like Wall-E and Eva’s kid (That’s just my imagination). You will also encounter another exploration unit called ANI. 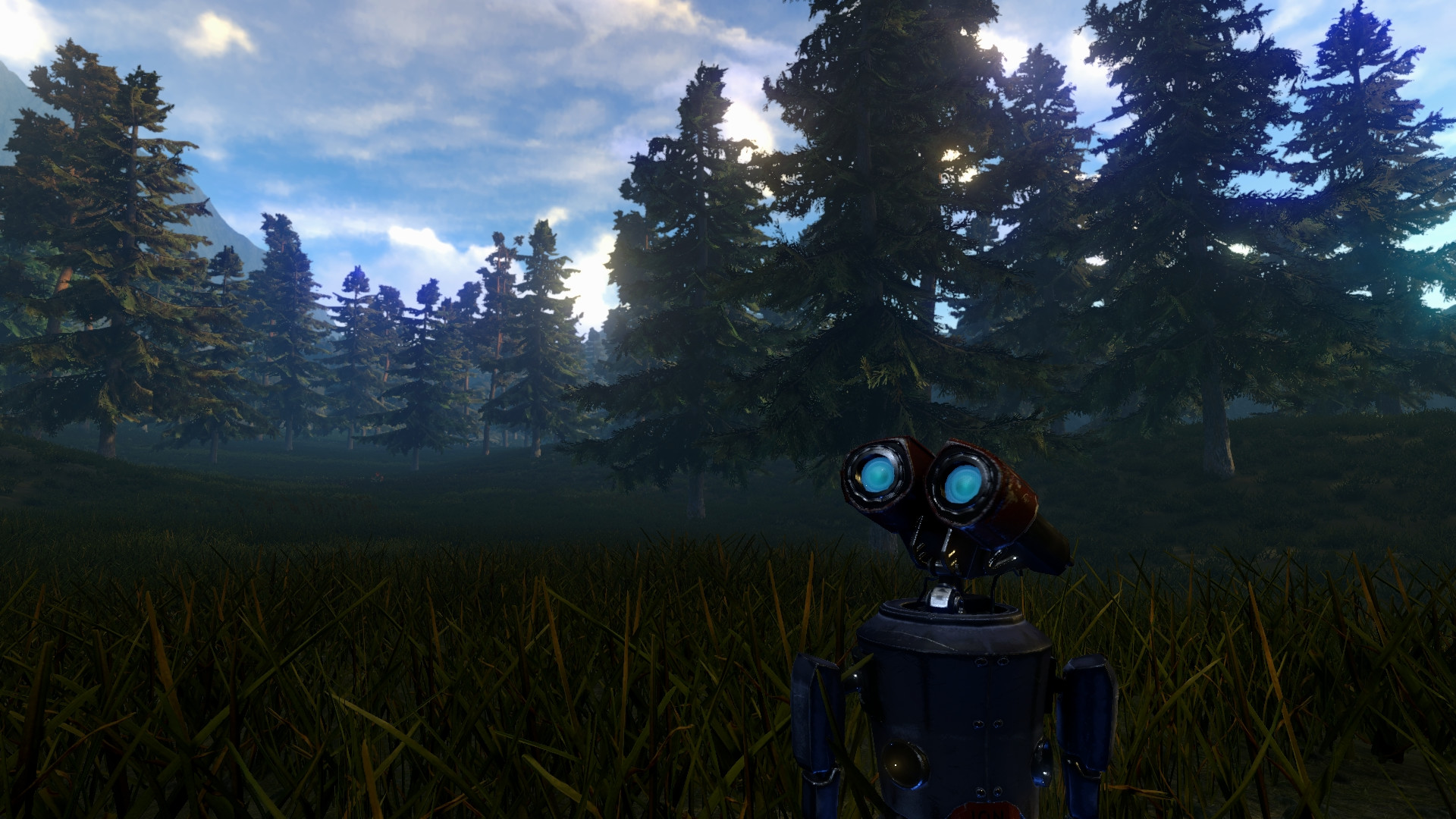 The gameplay experience is much more like a survival game. Meaning, you have to take some resources you can find and craft them into things you can use for survival such as fuel. Yeah, you’ll really need to make a lot of fuel on the go or else, ION’s not going to survive. The crafting system on this game is pretty simple and straightforward. It’s more like you see photos, and you find out how much resource does it need to craft a certain item that you need. Like fuel would be pretty simple to start with.

Regarding survival, I also noticed that ION gets sensitive when he reaches places like fire or enemies, he becomes sensitive to it even when I am not very close. Like in a way, he gets injured pretty quickly. The combat experience is a bit of a “meh” for me. But it does not mean that it is boring and all. Because, there will be enemies which you can handle and there will be enemies that you can’t handle. That goes along with the storyline.

The storyline is decent to the least. It’s not that bad for an indie game like this. However, there are times you will get lost at some point. And this is where the best bit comes in; the load and save features. This is what I like in the game. You can save anytime and load anytime. Although, it has auto-save, but it helps. There is one flaw in saving a game session: Sometimes, you will encounter a few bugs and glitches once you load the saved game. But, I believe this will be solved in future updates/patches as it comes along.

The first time playing this game, I thought the controllers would work out of the box. But it didn’t not until you check it from the controller settings of the game. The game lacks a bit of controller visualization. Like seeing the icons that are mapped for the XBOX 360 controller, for example. The only thing you will see are mostly keyboard icons especially if you’re using the controller. It was quite confusing especially finding out where the “pause” or “menu” button is for the first time. Normally, it would be mapped on the “start” button. But, it was mapped on the “x” button of the XInput controller. It takes a while to get used with the controller but if you’re more of a mouse and keyboard player, then this is for you.

The pace of the game is slow. And there is now respawn feature in this game. The bad thing about the game is that the map is pretty big. It’s like you have to travel a long distance just to get the next material. Even if you think collecting resources is good, storing them is bad. You will have to craft from time to time every time a resource container gets full. And also, you will have to consume the items you crafted when needed. But you will have to be conservative about the crafted items for survival as getting the materials are so far to get on your journey. 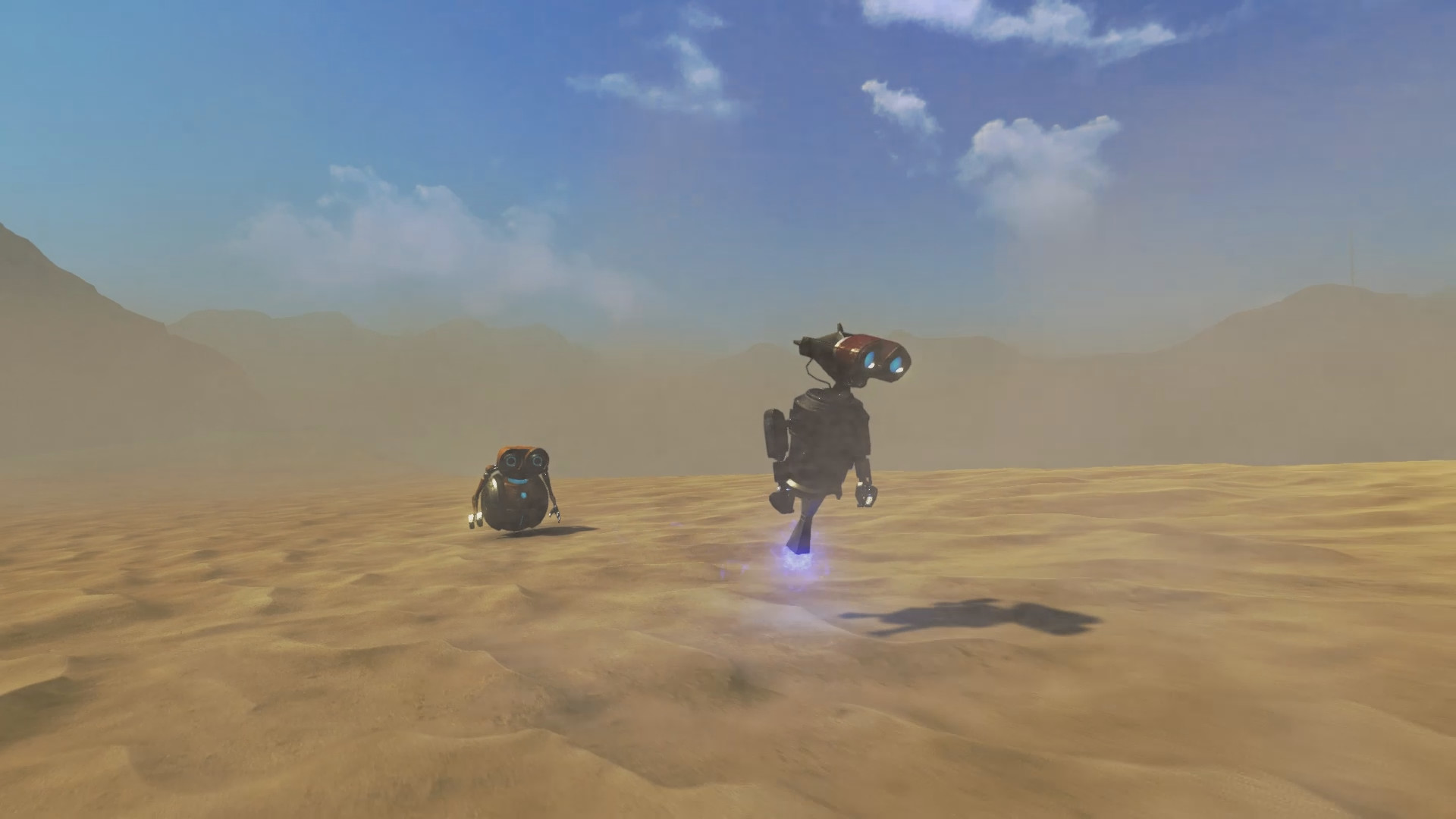 The graphics are pretty decent. What I enjoyed about the game is the environments. What I like about it is that it’s pretty realistic and you will get to enjoy the scenes of the world. Although, there will be a bit of confusing things as you play along especially if you have to collect resources to craft things. The objects get a little confusing when it comes to the “dark” portion of the game’s environment. But the good thing is: There’s a compass. The interface is simple enough. Although it looks a little smaller especially if you have a PC monitor that’s very wide or bigger in size. But to mind you, it does not ruin your gameplay experience. You will enjoy exploring landscapes too while you go hunt for resources. And maybe, you might want to take screenshots as well. They’re pretty good.

For the music and sounds, the voice acting is great. It’s one of those games that started from the bottom and ends up to the top. With great voice acting, you will get to enjoy the narration and understand the story better. And I think that the voicing of the narration to the story is what makes this game more interesting to keep playing despite the game being slow in its pace.

The best parts of this game:

The worst parts of this game:

If I have to recommend this game, I would recommend it to someone who wants long adventures with a mix of survivability in a more relaxing way.