How to Play Fortnite on iPhone and iPad for Free (2022) 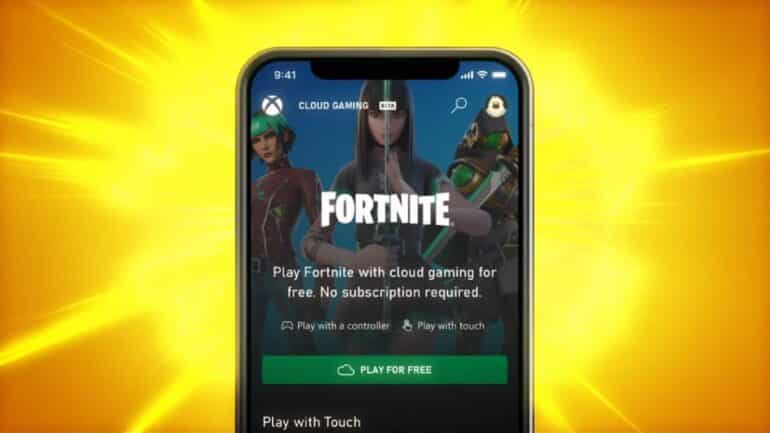 Fortnite is now available for iPhone iOS and iPadOS via Xbox Cloud Gaming as of May 2022. A dispute between Epic Games and Apple has resulted in the removal of one of the world’s most popular and profitable games from iOS devices since August 2020.

Gamers worldwide were appalled by the decision, which meant that Fortnite could no longer be downloaded to iPhones and iPads in the usual fashion. Because of its inclusion on Xbox Cloud Gaming, you can now play Fortnite on your iPhone or iPad running iOS. Here’s how it’s done.

How to Play Fortnite iPhone and iPad with Xbox Cloud Gaming

Simply follow these steps to above get Fortnite on your iPhone or iPad using Xbox Cloud Gaming:

Using Xbox Cloud Gaming does not necessitate a subscription to the Xbox Game Pass service, however make sure you utilize Safari on your iOS device if you want to add the app to your Home Screen for easy access later.

A gamepad, such as an Xbox Series X|S or a PlayStation 5 controller, or touch controls can be used to play Fortnite on your mobile device.

In order to enjoy lag-free gameplay using the method described above, you’ll need to download the game at a speed of at least 25 Mbps.

As of right now, the first free-to-play game is Fortnite in Xbox Cloud Gaming, and is available in 26 countries, but Microsoft intends to increase its coverage over time as well.

To stay up to date on the newest Destiny 2 news, guides, and features, you can check out our related Fortnite articles here.

Here’s a video by MacRumors on How to Play Fortnite on iOS & iPadOS via Xbox Cloud Gaming: