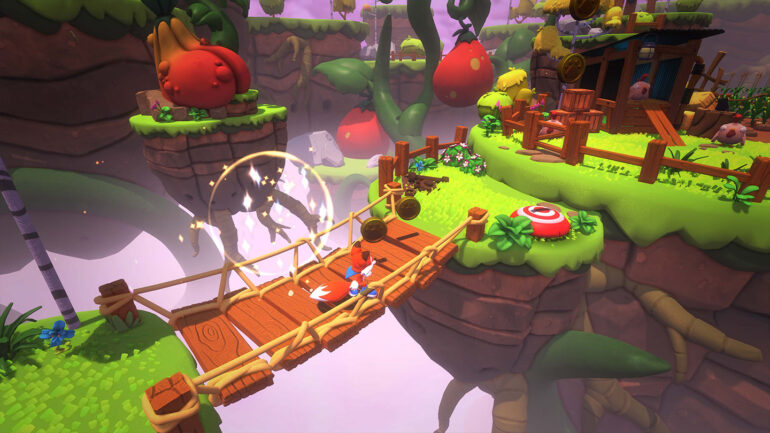 Lucky’s Tale, originally released as an Oculus title, is getting a sequel and will launch as an exclusive for Xbox One and Windows 10 — Super Lucky’s Tale. David Calkins, the Communications Director at Playful Corp., talked with Gaming Conviction about his experience at E3 this year and also a bit of their upcoming platformer.

David confirmed that Super Lucky’s Tale will be taking advantage of Microsoft’s Xbox One X’s power. The game will run at 4K with 60 frames-per-second. And by the looks of the game, it definitely shines.

When asked by Gaming Conviction if they are taking advantage of the hardware’s power, “Absolutely! It was running at 4K 60Hz at E3,” said David. “From what we’ve seen in the press and social media, as well as our own experiences stalking the Xbox booth and eavesdropping on play sessions, most people were blown away by how amazing it looked and felt to play.”

Although, it’s not confirmed yet if it’s going to use checkboard-rendering or if it’s native.

It’s exciting to know that developers are already using Xbox One X’s capabilities with 4K. Aside from this, David was also asked about Microsoft’s involvement with its development. David seemed to be grateful that Microsoft gave them “plenty of room” to follow their own vision.

“Microsoft has been an absolutely fantastic partner,” said David.

“Giving us this amazing opportunity to share Lucky with the world. They’ve also been great at giving us plenty of room to follow our vision, as well as allowing us to be surprised and delighted as we continue discovering the game in the development process, while providing just enough feedback to make Super Lucky’s Tale as good a game as possible.” he added.

By the looks of it, it seems Microsoft is quite selective in terms of putting full support for independent developers. An indie dev said in another interview that Microsoft didn’t take “interest” and that they were hard to talk with and that Sony gave their full support. While Tequila Works didn’t get the same support for RiME from Sony.

Experiences vary for each indie studios and major platform holders also have their own standards when it comes to supporting development teams.

Super Lucky’s Tale will be an Xbox One and Windows 10 exclusive and will launch this November 7, 2017.