Using Liquid Metal for PlayStation 5 was for Cost Reduction 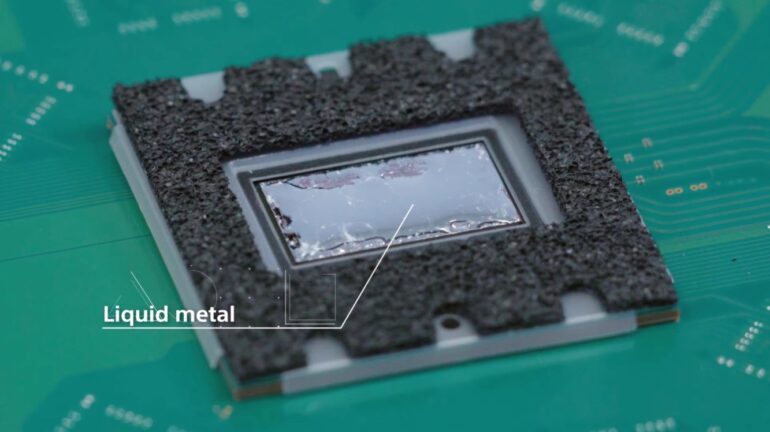 Sony Interactive Entertainment’s Yasuhiro Otori recently spoke to Nikkei in an exclusive interview to discuss the real reason for choosing liquid metal as a heat conductive material for the PlayStation 5.

According to Otori, he really wanted to use liquid metal for the PS5. This was used as the heat conductive material or TIM that transfers the heat generated by the main processor to the heat sink. Without it, the housing would have been larger than the current design and the cooling fan would be louder. With the use of the liquid metal, the console significantly quieter compared to its predecessor, the PS4.

It was revealed that the use of the liquid metal had already been in the plans about two years ago when the hardware development team decided on the hardware configuration and shape for the PS5. They also did many studies first for the adoption of TIM for liquid metals from manufacturing to procurement. Otori stated that the use of liquid metal was chosen because the SoC had a high operating frequency, but the die is small and the heat density is very high. In particular, the heat density of the PS5’s SoC is way higher than the PS4. The reason behind that is that it basically runs at almost full power during games.

SoC dies are small since the size is usually linked to its cost and yield. So if it was smaller, then the cost will be lower and have lesser defects, which led to an improvement in yield.

Liquid Metal TIMs are usually expensive, but if it was efficiently used near the heat source, then the other hardware parts like the heat sink and cooling fan will not be expensive. If thermal grease was used, then an expensive heat sink would have been used for high cooling performance.

Otori then said this:

Like it was said above, if the liquid metal was used efficiently, then there will be no need to use other expensive parts, which could have led to increasing the price of the PS5.