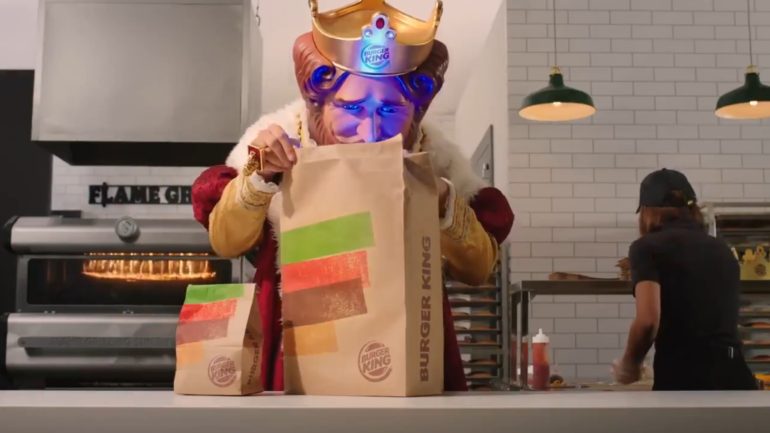 A recent post on social media from popular burger fast food restaurant Burger King teased something related to the PlayStation 5.

The post from the fast food chain’s official Twitter account revealed the Burger King mascot opening one of their paper bags that was apparently just sitting on the counter. When he slowly opens it, a blue light shines inside with the sound of a familiar jingle. Baffled, the mascot closes it and looks around if someone has noticed it. Somewhat doubtful of what just happened, he opens up again and gets curious of its contents. He then takes off with the paper bag in hand and then the video displays the date 10/15.

Some viewers speculate that the jingle that was heard from the teaser was actually the boot up jingle of the next-gen console PS5. Also the blue light kind of hints what the first light color would be seen when the game console boots up for the first time.

To further cement their speculations, the official Twitter account of PlayStation retweets the same post from Burger King with the eye and ear emojis as caption. This definitely gives a big hint that Sony Interactive Entertainment is familiar with that jingle.

We will learn more on Thursday, Oct. 15. The PS5 will launch on Nov. 12 on North America, Japan, select few countries. The rest of the world will get it on Nov. 19.