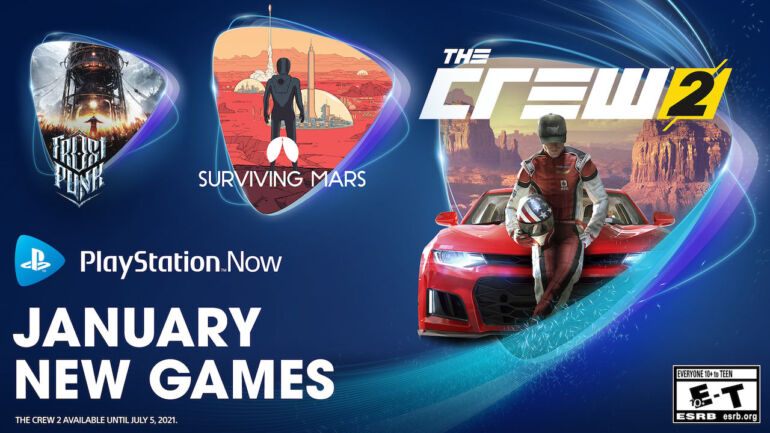 Sony Interactive Entertainment has recently announced the three new titles that will be added to subscription service PlayStation Now.

According to the official Twitter account of the service, January 2021’s games that will be added are The Crew 2, Surviving Mars, and Frostpunk. From the tweet itself, it describes these three games as “let you race across the US, colonize Mars, and lead a society through inhospitable cold.

Frostpunk is a complex strategy survival game that will be a challenge for players. It also offers great story and interesting sandbox gameplay.

The Crew 2 is Ubisoft’s open-world racer with a rather interesting concept. It would be a good chance for curious players to try this out.

Surviving Mars is a management simulator game where players are tasked to build facilities to survive Mars and its hostile environment.

All titles are now available on PlayStation Now.