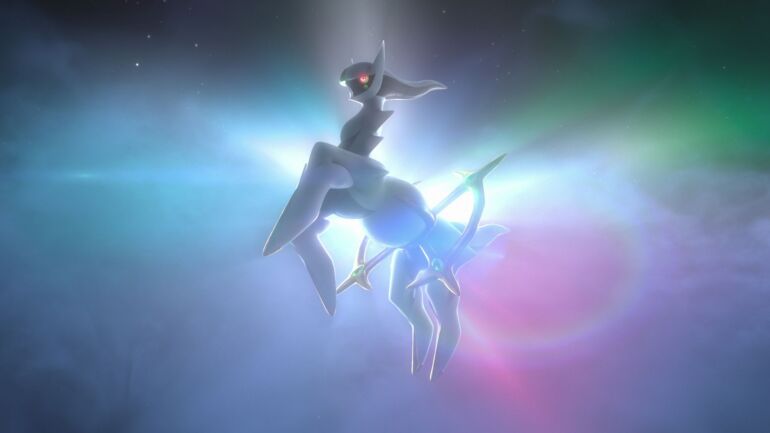 This new game was developed with the desire to deliver an experience infused with new action and RPG elements that go beyond the framework established thus far. It does still honor the core gameplay of the past Pokemon titles.

Players will be venturing through the natural expanses in Legends: Arceus and encounter different kinds of Pokemon that call these grand vistas home. They will have to study Pokemon behaviors, sneak up on them and then throw Poke Balls in order to catch one. Battling with ally Pokemon can make catching wild ones easier too with seamless encounters. This new gameplay angle is meant to give players a new immersive experience.

Pokémon Legends: Arceus brings Trainers to the vast Sinnoh region as it existed in the past, long before the setting for Pokémon Diamond and Pokémon Pearl was established. Rich in nature and with Mount Coronet towering at its heart, this is a Sinnoh unlike anything Trainers have experienced before as they embark to create the region’s first Pokédex.

Players will be able to choose Rowlet, Cyndaquil, or Oshawott as their first partner Pokemon. These will be given by a Pokemon Professor that encountered them on research excursions to various regions.