It's a whole different Pokémon! 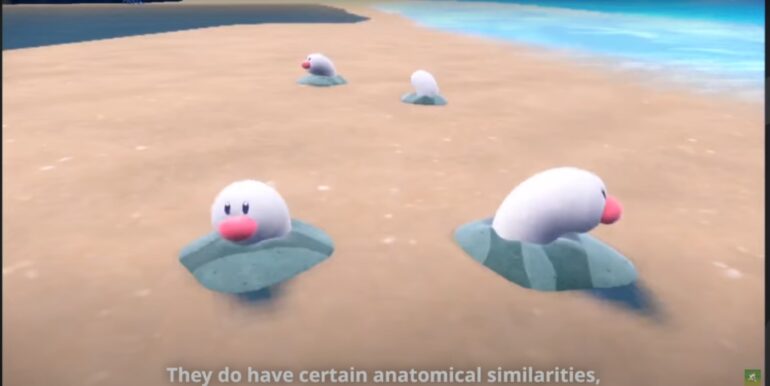 The Pokémon Company has recently revealed a new Pokémon that will be in the upcoming titles Pokémon Scarlet and Violet.

A new video post on the official Twitter account of Serebii.net has revealed a new Pokémon called the Wiglett. It was discussed via a fake webinar by the World Pokémon Ecological Society. These fake Pokémon scientists examined the creature that they were currently watching on the beach, which had a rather exciting shape and familiarity.

It is worth mentioning that the Wiglett has a similar look to the popular Pokémon Diglett. While they are very similar, they are also quite different. The big difference is its location: Wiglett can be found in the sand near bodies of water while Diglett is seen burrowing in the ground.

Aside from its location, Wiglett clearly has a different body shape, which is elongated compared to Diglett that only has its upper body seen most of the time. Wiglett is also white in color, pink nose, and beady eyes.

The Pokémon scientists also said that many have mistaken Wiglett to be a different variation of Diglett, but it is a new Pokémon entirely.

Pokémon Scarlet and Violet will launch on November 18, 2022, exclusively for Nintendo Switch.