Know more about them in detail! 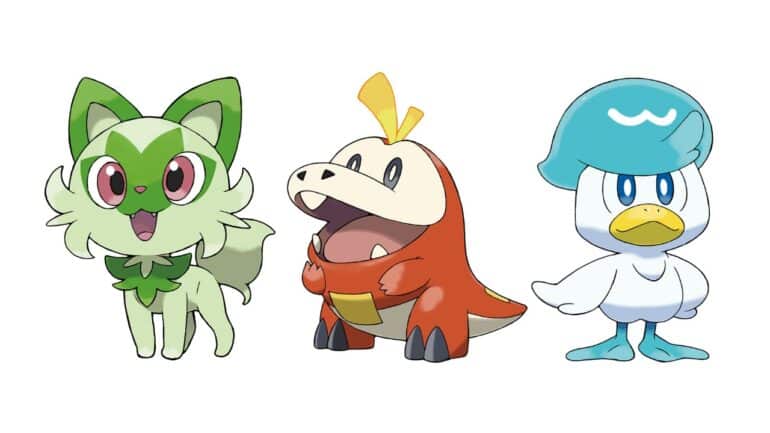 GAME FREAK inc. and The Pokemon Company have recently revealed the ninth generation Pokemon series, Pokemon Scarlet and Violet with official details of its starter Pokemon.

Just recently, the game company behind the Pokemon franchise have officially revealed the newest titles for the new generation: Pokemon Scarlet and Violet. In this new series, players will be able to explore an open world where various towns with no borders blend seamlessly into the wilderness. All your favorite Pokemon can be seen in the wild – in the skies, seas, and the streets.

From the teaser trailer that was shown last night, it seems the theme of this new upcoming region will be Spanish with the new Pokemon having Spanish names as well. There are three starters, which are Sprigatito the Grass Cat Pokemon, Fuecoco the Fire Croc Pokemon, and Quaxly the Duckling Pokemon. Check out the official details below:

After the release of these two new titles, they will be able to link with Pokemon HOME. This is a new service that will allow Trainers to keep their entire Pokemon collection in one place, just like the previous service in the 3DS. By linking these games with the new service, they will now have the ability to get Pokemon from other regions to journey with them in the new titles.