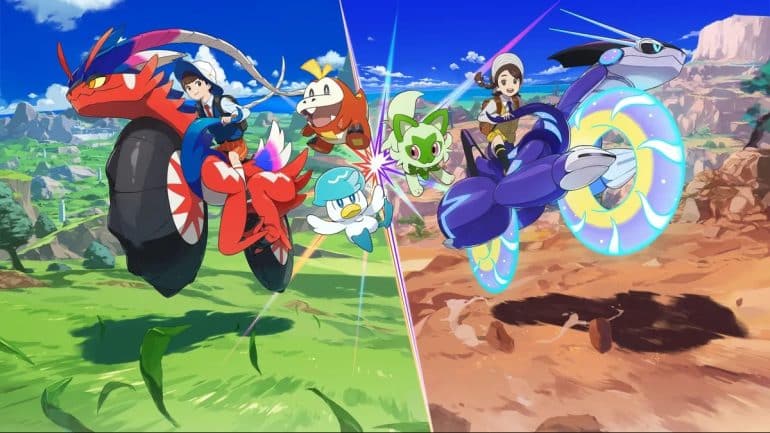 Our Pokémon Scarlet and Violet Review is here and we will give our honest opinion about the game. Everything from the gameplay, designs, animations, and more will be tackled in this article and gamers will be delighted to enter the New Age of Pokémon.

Pokémon Scarlet and Violet are both games that have adapted the mechanics and gameplay of their predecessors, Sword & Shield and also, Legends Arceus. The story begins as players will become a student in one of the most popular academies in the Paldean region. They will learn what it means to handle their Pokémon and what type of adventure they will encounter freely outside of the academy. The story content of the game is really simple and amusing and focuses to be kid-friendly to the younger audience.

The gameplay of this new installment of the game has made this review quite unexpected as it utilizes as stated above, the mechanics of what Legend Arceus and Sword & Shield had and made more simple and more accessible for new gamers to understand. When players want to improve the stats of their party, they can do quick battles which not only does it grant players a small amount of EXP, but also some drop rate items they can use in their future endeavors.

The design of the map and the environment is great and all but due to the limits of what the Nintendo Switch has, the framerate has become more of a hindrance to many, especially to me. During cutscenes, there will be times when the game will show characters moving erratically and even freezing up at some moment.

It is kinda annoying to have this problem and it might be a sign for Nintendo now to upgrade now hardware for its future titles coming soon. Another frame rate issue I noticed is when I am traveling using Miraidoin/Koraidon in their vehicle mode, the scenery of the game tends to get blurred and it is highly noticeable both in docked and handheld mode. Because of this issue, I had to really try hard in ignoring this but I somewhat, feel displeased with it.

I would greatly prefer developers take notes on what others did on Xenoblade 3 Chronicles and Kirby and the Forgotten Land where they made the scenery more adaptive to the specs of the Nintendo Switch. That’s one of fixing the frame rate issue.

The exploration of the game is really great and all. Like what Legends Arceus had before, players can use their Pokemon to sail the seas, fly around the skies, and travel on the road. This part of the game kept me wondering if there will be a chance for this game to surprise and Game Freak has delivered some good content that is worth my money.

Amazingly, the game has brought back a ton of old Pokémon from the previous series and has given them a new fresh paint job on them. Their animations inside and outside of battle are great and it made me realize that the engine they are using for the game can be vastly improved to the point that we might get some new texture features soon.

The quest objectives of the game are numerous, however, I felt like it is too easy for many to do and not enough challenge for many trainers. Game Freak probably tried their best in making this game more accurate based on the theme of the series and make this a new experience for gamers new and old. For me, it is kinda a letdown and I know that they want this to be different but I think the developers of the game have become too ambitious for their own taste.

Raid Battles was a concept that was first introduced in Sword and Shield. It is an activity where up to 4 players go up against a Gigamax Pokémon. In Scarlet and Violet, it is now easy and more fluid as players don’t have to wait long for their companions to make the next move. The way the raid battles go gives a certain familiarity to that of Final Fantasy VII Remake and I really liked how they did it. I believe that the developers have learned to adapt properly and make this game more unique.

Leveling up Pokemon is still the same but is very easy now to avoid direct battles. Players have the option now to level their Pokemons faster by doing auto battles that ensure their victory against wild Pokemons on the field and believe me when I say this feature has been used constantly and has helped me do most of the quests very fast.

Another feature presented by this new game is the Terastal. This transformation gives the Pokémon a gem-like appearance along with changing into the exclusive Tera Type. Sadly, I feel like it is just a shiny gem version of a Pokemon and I think they should have reused some of the older features to make them more livid. I would love to see more Z-Moves or Mega-Evolutions in the game as they did back then in the 3DS.

Overall, The games are quite decent as Pokémon games, if it weren’t for some noticeable bugs and errors. I would recommend those who are loyal to the game to learn more info about what Pokémon Scarlet and Violet has to offer not only for old gamers alike but also for newcomers as well. 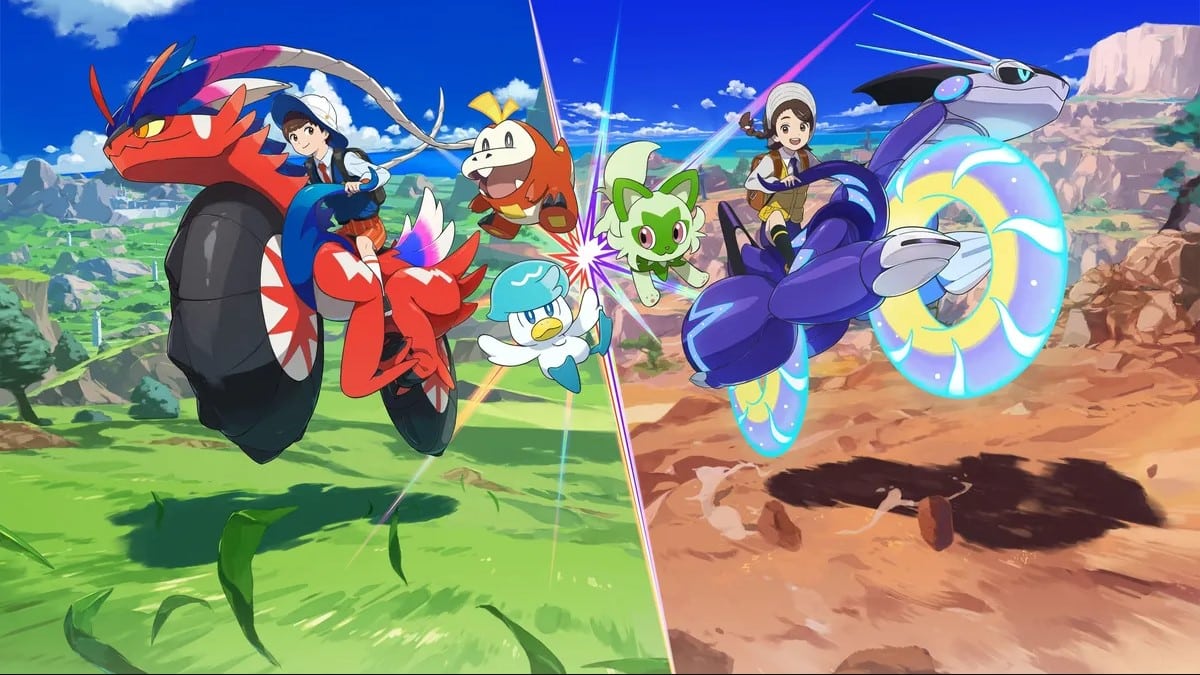 Pokémon Scarlet and Violet – Review
Score Definition
We tell you, it’s a good game! It’s not average! It might have some problems here and there, but you have to admit it is a “Good” game.
Pros
New and Familiar Pokemon come to this game
Quests in the game are numerous
Game has developed fully from its predecessors
Story Content of the Game is Kid-Friendly
Exploration part of the game has evoled once more
Raid Battles in the game are very different from what Sword and Shield had before and is better than ever
Cons
Quest are too easy to finish and lacks challenge
Frame rate has a ton of issues and needs work
New feature of the game just used the same style of boosting stats from sword and shield
7.5
Good