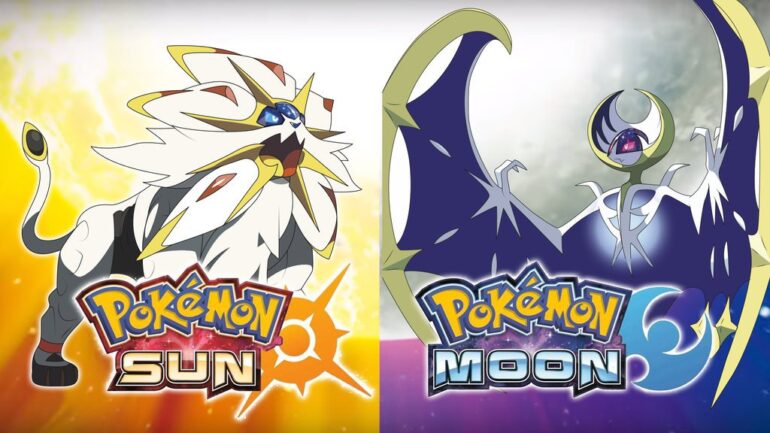 Pokémon Sun and Moon are the first installment in the 7th generation of Pokémon video games. This game introduces us to two new legendary pokémon and a variety of new pokémon with different combinations of typing. It also introduces us to alternate versions of pokémon from previous games called the Alolan form. This reinvented the old types as they have new typing like the Alolan Raichu which is now a Psychic, Electric type of pokémon.

Like the previous games before it, the game starts off with the journey of a young Pokémon trainer as they go about capturing and training their pokémon. This time, the young trainer journeys in the four islands of the Alola region. The game’s main objective is to train and evolve your pokémon as you aspire to be the very best in the region all the while trying to thwart the plans of a group called Team Skull.

This is actually the only game in the Pokémon franchise that deviates from the canon Pokémon game formula. Aside from the tried-and-tested formula of catching them all and being the very best, you get introduced to NPCs that play a bigger part in your overall story. There’s more depth to its story and it’s something that’s unique to this game. You will just have to experience this yourself so as to avoid spoilery comments.

You also get a rival named Hau. Hau isn’t your typical rival because he’s not actually trying to beat you. He’s more of a friendly competitor than someone who hates you right from the very beginning. You can’t really sense any hostility from him right from the get-go so it’s an interesting twist to the Pokémon formula. 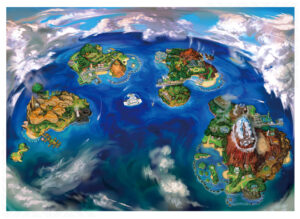 One cool feature of the game worth mentioning is the introduction of Z-Moves. Z-Moves are the ultimate versions of a pokémon’s type ability. For example, if you have a grass-type pokémon, letting it hold the Grassium Z will make allow it to use the Z-Move Bloom Doom. Choosing these moves comes with a hilariously choreographed dance move that the young trainer executes before the pokémon launches into an action sequence that’s over-the-top awesome.

They also introduced a new feature called Poke Pelago. Poke Pelago is a menu feature where there’s a separate island that your stored pokémon can go to. There are several unlockable islands that have different features to them. One island becomes the dedicated place in where you can plant and harvest berries. Another island can also attract wild pokémon that you can capture if they decided to stay on your island. You can unlock each island by paying the required beans amount that you can gather on the same island.

The graphics on this game is amazing considering it’s a 3DS game. It’s even superior to the graphics of Pokémon X and Y. One thing that’s missing here is the 3D capability although this does not take away from the game. You get a lot of good animation art during their Z-moves which is really fun to watch. I wish though that they would add a way to skip the scenes because it can be tiring after awhile.

Gameplay has also been revamped for this game. When you are fighting wild pokémon, there are times that the pokémon will ask for help making the battle 2v1. This adds a little bit of a challenge to the game and makes you think on the spot whenever this happens. This can be a little tricky though if you’re just trying to capture pokémon because you’d have to kill their help first before you can capture them.

Replayability-wise in this game is as expected when you’re playing a pokémon game. You would really want to continue playing just to try and capture them all. There are also other post-game activities that you will just have to discover for yourself since I wouldn’t want to ruin all the fun for you guys that have yet to finish the game.

Finishing at a total of 40 hours, this game has been very enjoyable from start to finish. The fun doesn’t even stop there. With all the activities that you can do, the pokémon hunting, and proving to everyone that you’re the very best, this game has a lot to offer to new and veteran players alike. I leave you now with this verdict as I go back to catch my next pokémon. Gotta catch ’em all!