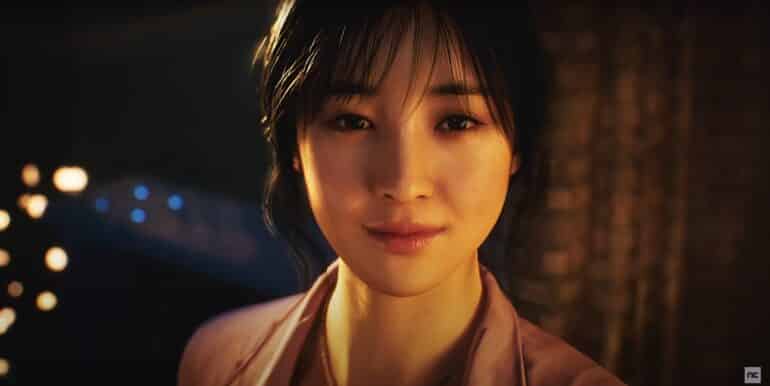 NCSOFT, the makers of Lineage, AION, Blade and Soul, and more have now announced its newest project, which they currently call Project M. It is described as an interactive narrative game where its story is based on the player choices, just like Detroit Become Human and other similar titles.

The game is being developed on Unreal Engine 5 and will launch on console platforms. According to Senior Analyst Daniel Ahmad, the game is aiming for ultra-realistic graphics.

A Story of Revenge and Time Travel (?)

The trailer starts with a woman sitting in a restaurant, seemingly waiting for someone. A mysterious person approaches her and places a weird cube on the table. It slowly transforms and it turns out to be a bomb which detonates on the spot. This is where it starts to get “complicated”.

After the detonation of the bomb, a man wakes up on his bed, seemingly hurt from something as he is on his patient gown. He wakes up inside a hospital bed but on another scene, he is with a kid, which could be his child. It is quickly established that the person who woke up is the husband of the bomb victim and from what we surmise, it seems he has gotten an ability to foresee a possible future. Now, someone is trying to assassinate him inside his hospital room and from there, gameplay is previewed.

Players will have to press the right buttons to get the movements right, choose a button to choose which move to do, and they should also be quick about it and do it right or else consequences happens. If the man fails, he gets killed and if he chooses the wrong decision, he still gets killed. At the last scene, it seems the woman’s voice is telling him not to choose revenge since she would be dead by then from the explosion. Instead, she wants him to take care of their child and live a long life. Unfortunately, that was the wrong decision and he gets killed. Supposedly.

A Cruel Twist of Fate?

By the end of the trailer, the man is now the one approaching the would-be victim of the bomb and smiles as they face each other. It does not show what happens next, but it could either go with a happy ending or this would have been quite a cruel twist of fate.

Project M is currently in development.