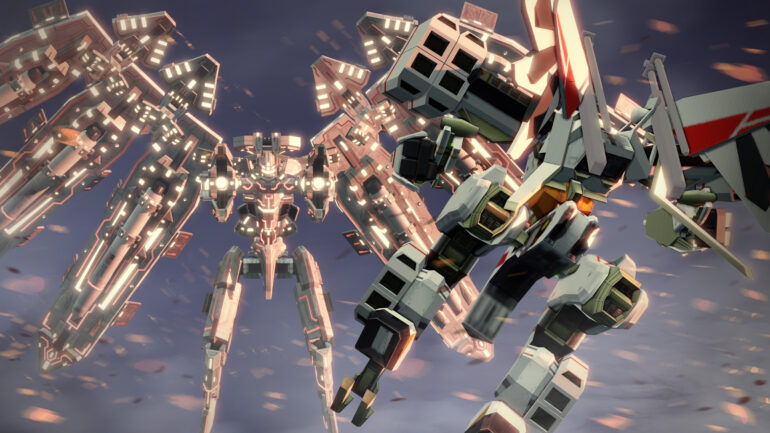 Mecha battle games have been quite a niche genre lately. Most of the market has been dominated by established by familiar names such as the Gundam and Armored Core. That said, how does indie release Project Nimbus fair?

At first glance, the game’s got points for good mech design especially up close. The problem stems from how most of the time, everything is at a distance. Most of the game is spent fighting at high altitudes against enemies flying around at a distance, fairly similar to dogfighting simulators such as H.A.W.X. Because of that, most of the design elements for the enemy units tend to get overshadowed by the fact that most of the time you’ll only see them as specks on the screen to shoot at. It’s a good thing most of the game takes place in the stratosphere because a few of the flying cities the game uses as set pieces for stages feel a bit too small for all the flying around you do.

Overall, the games visuals honestly feels like it’s from the PS2 era, but as this is still in beta, that can be expected to change in the final release. Unfortunately, while the game comes with multiple graphics settings, one can’t really manually tweak the individual settings of the game to disable effects such as motion blur and glow. One other problem the game has visually is it’s rather lackluster HUD. The essentials such as minimap, HP bar, weapons and ammo are present but presented in a way that feels rather tacked on and unfinished.

Where the game does shine though is with it’s fast paced combat combined with it’s smooth control scheme which together make up a really fun shooter. The controls are pretty easy to learn and it never feels like you’re being overwhelmed to learn them, so after your first few missions you’ll be darting around like it’s second nature. It’s also a breeze cycling through your equipment as they’re bound to your mouse wheel and number keys.

Perhaps the only flaw in the controls is how target locking works. When target lock is toggled, the screen zooms in a little bit and displays a small window next to your target to show a close up of them. Honestly it doesn’t help since what it does is put your Mech out of focus and make it harder to see where you are on the screen. The target locking also makes it dead easy to shoot down targets as all you have to do toggle the lock and press down on your left click since it does all the aiming for you. Besides the standard boost metter present in other mech shooters, Project Nimbus also has a meter for bullet time you can activate with the shift button. This makes it easier to dodge the many, many projectiles the game will throw at you, as well as line up your shots better and make you feel like a newtype fresh out of Gundam while you’re at it. 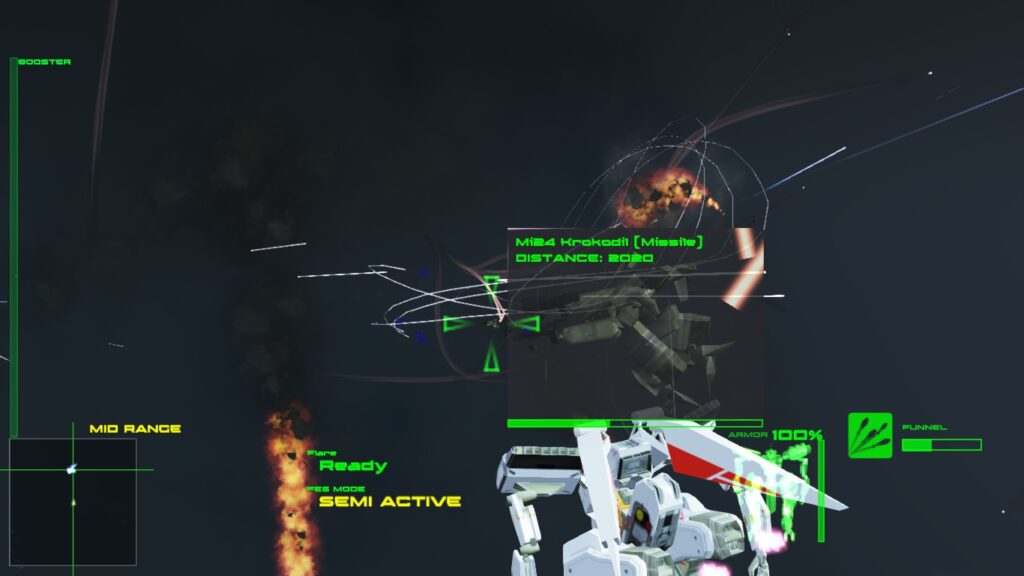 Speaking of Gundam references, Project Nimbus is just rife with references to various tropes found in the giant mecha anime genre. The main plot kicks off with a very familiar “escape the facility with the super prototype robot” cliché and the references just start rolling from there. Fans of Gundam will find themselves at home with familiar phrases such as “The red machine goes three times faster” to the usage of remote attack drones called funnels.

Overall, what can be said of Project Nimbus? Well it’s definitely a fun game. The controls make it easy to slip into the game’s fast paced shooter action. Perhaps the biggest downside is how it looks fairly unfinished and unpolished from a visual standpoint. Again, as the game is still in beta, that much is still subject to change.

This preview is based on the early access provided by KISS ltd.