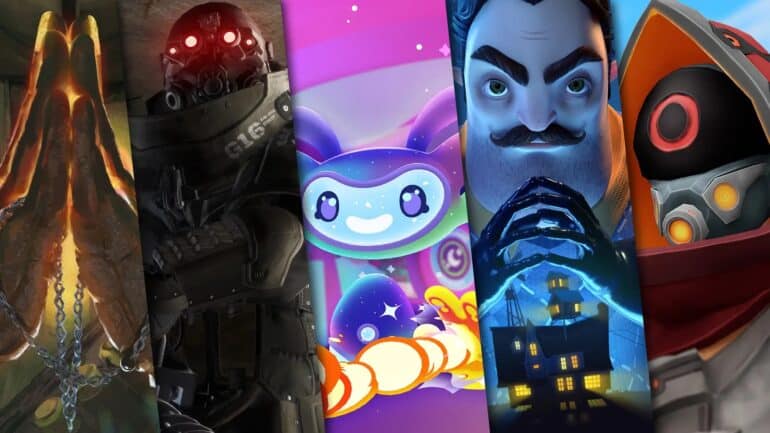 Sony Interactive Entertainment has revealed that there will be 11 new PS VR2 games that will be available together with the recently announced PS VR2 titles.

There will be 11 new PS VR2 titles that will be joining the lineup that will be available on the headset’s launch on February 22, 2023. Check out the list below:

The Dark Pictures Switchback VR is developed by Supermassive Games. This is a fast-paced roller coaster action-horror-shooter where every move players make and everything they see could mean the difference between life and death. All features are enhanced with the innovative features of the PS VR2.

Players will be taken for a ride where they will need to survive the terrifying Ghost Ship and its distorted apparitions, confront hideous demonic incarnations of persecuted witches in 17th-century New England, and fight against the other-worldly vampires trapped beneath the desert.

Crossfire Sierra Squad is developed by Smilegate. This is a brand-new VR game that they have been working on for a while. It incorporates the innovative features offered by PS VR2 and is planned for launch in 2023.

Players will be taken to the world of Crossfire in full VR. This is a battle-focused shooter and will have players fight an endless force of high AI intelligence. It is a fast-paced, easy-to-learn FPS.

The Light Brigade is developed by Funktronic Labs. It is a new single player roguelike experience featuring immersive gunplay and moody mystery. Players will be enlisting in the ranks of the Light Brigade to become the last line of defense against the darkness. They will journey into the Sunken World as many times as it takes. Strategically navigate through dense forests, frozen mountains, and forgotten graveyards with a steady rifle and light magic to keep the shadows at bay.

Fast Travel Games introduced the Cities VR Enhanced Edition. Cities VR is a VR adaptation of the leading city-builder Cities Skylines where players get to build and manage the city of their dreams. With the power of the PS5, the game will have great detail, allowing players to watch cities come alive all the way from the bustling streets to a bird’s eye view in a smooth experience. With the PS VR2 Sense controller, building a city will be more responsive.

Cosmonious High is developed by Owlchemy Labs. In this single player alien adventure players take on the role of a Prismi, a rare alien species that can adapt to any situation. Upon crash-landing into the school players find that it is alive with delightful characters, but plagued by mysterious malfunctions. Players will unlock powers to help restore Cosmonious High to its former glory.

tinyBuild Games introduces Hello Neighbor Search and Rescue. Development is in collaboration with Steel Wool Studios in order to bring the most immersive Hello Neighbor experience using virtual reality. Mr. Peterson’s creepy house takes on a new level of immersion in VR. Take on the role of six little neighborhood heroes as they confront their fears to free their friend who is held captive in a bizarre basement prison.

Jurassic World Aftermath Collection is developed by Coatsink. This is a reworked version of the popular survival adventure game combining both Part 1 and Part 2 into one complete collection. This is set between Jurassic World and Jurassic World Fallen Kingdom. Players have been crash-landed on the familiar Isla Nublar and find themselves trapped in an abandoned research facility. This will be fully voiced by narrator Laura Bailey with Jeff Goldblum reprising his role as Dr. Ian Malcolm. Players will try to complete their mission of recovering valuable information and surviving while evading a horde of dinosaurs.

Pistol Whip is an award-winning physical action-rhythm game where thrilling gunplay and dynamic tracks collide, creating a dreamscape world for players to blast, duck, and dodge their way through to become the ultimate action hero.

After The Fall is developed by Vertigo Games. It is an intense co-op shooter set in a post-apocalyptic version of Los Angeles. Players can team up with three friends after setting out from a survivor camp that has up to 32 players. Players can also go solo outside the city and take on hordes of mutants or towering bosses.

Tentacular is developed Firepunchd Games UG, which will launch on PS VR2. The game is set in the ocean-dwelling hulk of a gigantic mild-mannered mollusk, raised among humans on the bustling and eccentric island of La Kalma. It is a physics-based adventure that has interesting VR gameplay, has a heart-warming story, and a lot of humor. Solve puzzles using playful tools to build strange contraptions, and spectacular structures, or wreak havoc.

These are the 11 new PS VR2 titles that will launch together with the headset early next year.