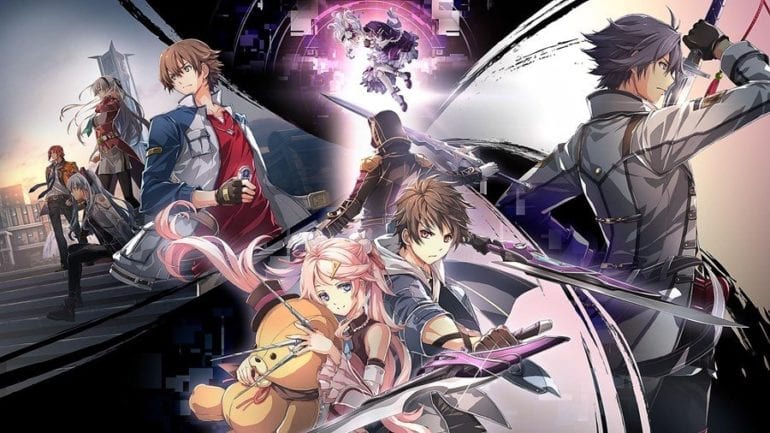 Quick Guide to Legend of Heroes: Trails of The Beginning

Hajimari no Kiseki/ Legend of Heroes Trails of the Beginning takes places after the events of Sen No Kiseki IV/ Trails of the Cold Steel IV: End Saga. The story focuses on three main protagonists, Rean Schwazer of Class VII, Lyodd Bannings of the Special Support Section and the mysterious hidden leader of the new Imperial Liberation Front, C.

In Crossbell, Lyodd Bannings has successfully liberated his city from the rebellious figures of the Erobonian Empire with the help of his teammates from the SSS. As soon as the declaration of Crossbell’s independence was about to be finalized, an unknown force led by the former leader of the Iron Blooded Children, Rufus Albarea and some familiar associates invade Crossbell and plans to conquer the whole Zemuria continent.

In Erobonia, the Debaucherous Prince, Olivert Reise Arnor and his newly wedded wife disappears during their honeymoon and an unknown phenomenon occurred around the empire. Rean Schwazer, after overcoming the events of the Great Twilight, has been tasked by the Imperial Government to investigate alongside his students and his classmates from Class VII on the whereabouts of the missing prince and also learn the identity of the mysterious group claiming to be responsible for kidnapping his majesty.

Trails of the Beginning introduces a new type of Story mode gameplay where players will choose 3 story routes in which will lead the finale of the game. In each route, you get to play either as Rean, Lyodd or C as the protagonist of each route. Some of these routes intertwine with one another in which it allows players to get to know more of each of the characters relationships with one another.

The gameplay of Trails of the Beginning is similar to its successor where players use order points to buff up their choice of characters and use either crafts or arts to deal damage to their enemies. But another new feature was added to the game called Valiant system. In this system, players will choose three types of Valiants. Each of these valiants can either buff up you’re choice characters, restore HP/EP/CP and deal major damage to the enemies.

True Reverie Corridor is another feature added to Trials of the Beginning. Here players can choose a number of 51 playable characters to form a party of up to at least 8 people to explore the dungeons and earn rewards such as unlocking new characters to play, earning items and accessories and unlocking a certain feature called Character Episode Story which allows players to explore more the characters stories outside of Hajimari no Kiseki main story line including spoilers for their next Kiseki game. Not only that, they can also explore and interact with other characters from Trails franchise and play numerous mini-games such as the returning puzzle game, Pom-Pom, duel against you’re favorite characters in Vantage Masters and many more.

The Hajimari no Kiseki game will be a great game for all JRPG game lovers and can easily give them a deeper look at what future does Nihon Falcom have for all of them. The game shows also how deep and committed the developers from Falcom are in making this game and with all these updates that were added to the game the future for it will become a great contribution for not only the PS4 but also for the Playstation 5 if it comes out in the west.

To those who haven’t played the Legend of Heroes/ Kiseki series yet, it’s highly recommended that players should first play some of the previous Trail series like Trails in the Sky and Trails of the Cold Steel to get not only more info on how the story progresses but also get instant bonuses such add on items and power ups. These will help players progress firmly through the main story line and help them prepare for the upcoming Kiseki game that will be released this year.