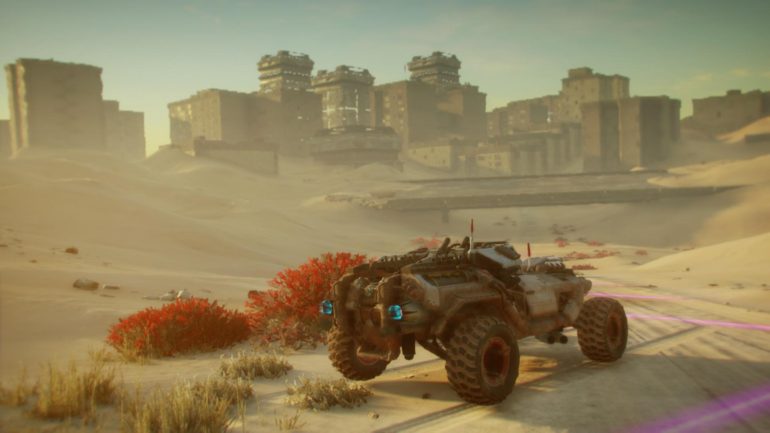 When you think about it, it’s rather horrifying how humanity has been conditioned to accept violence. It’s everywhere—on the television, literature, and more especially our video games. Not only are we conditioned to accept it, but we practically sensationalize the act itself. Then again, “conditioned” would be the wrong word as that would imply that we weren’t always like this. Humanity has always been shown to be fond of finding newer, more effective ways to kill each other. The more creative, the better.

And that pretty much sums up Rage 2. You go around exploring a post-apocalyptic world looking for anything that gives you the slightest excuse to scratch that itchy trigger finger. From bandits to mutants, to mutant-cyborg hybrids you’ll be tasked to putting each of them out of their misery.

To cut straight to the point, if you’re looking for a game with a deep memorable story, then Rage 2 isn’t for you. The fun is to be had with its mindless aggressive fast-paced gameplay.

In fact, Rage 2 seems to be an inappropriate name to bear. Nothing about this game made my blood boil. The story doesn’t even seem to make an effort to make me care about any of the characters or their motivations. Really telling when Bethesda kills off named characters in the tutorial when we have no real emotional attachment to them.

The main bad guys themselves, The Authority, are pretty much just the generic bad guys. They want to take over the world, eliminate humanity or turn them into mutant hybrids, breed giant monsters and are really ugly.

Gameplay-wise, Rage 2 can be addicting. Despite having raided dozens of bandit camps, I never got tired of blasting someone’s face off with a shotgun before launching myself to the air to pound his posse off the ground with my fist.

You play as Walker, who is subsequently called Ranger by everyone just in case you didn’t know how cool he/she is. Walker can either be male or female. But it honestly doesn’t matter, because Walker is practically just cardboard with a voice attached. But since I picked a male Walker, I’ll be referring to the protagonist as a “he.”

During the tutorial, Walker decides to grave rob one of his allies in good old fashioned disrespect, and this gives him access to many of the Doom-esque armor’s abilities. From blasting someone away with the force to projecting a shield into the ground, half the fun that drives the gameplay is in using your abilities to crush anything that gets in your way.

Now you don’t actually need any of the suit’s abilities to finish the game. As at the start, most of it is hidden away on the map for you to discover and unlock. These abilities aren’t really all that useful at first. But once you start to upgrade them is when you really become a force to be reckoned with.

Same with your weapons. Many of it is hidden away and it’s going to take some exploring to get your hands on them. Like your abilities, they can also be upgraded to make them more effective than they are from the get-go. Some weapons are more useful than others. And I found myself sticking to my typical Ranger assault rifle and shotgun to cull the crowd. As I was playing on Hard mode it was difficult for me to use the more sophisticated and fun weapons like the Grav-Dart and Firestorm Revolver without being riddled with bullets. Some guns felt more like extras as I was never in a position where I thought using them was advantageous.

Upgrades in this game can be numerous. As Walker has many skills and perks to unlock encouraging you to commit to side activities. But these upgrades are versatile and allow you to change the way you play.

Despite the cooldown timer of your abilities, Rage 2 doesn’t encourage you to be frugal. As using everything you have at the given moment always produced the best results. Killing enemies allows you to regenerate lost health. So I was seldom encouraged to take cover.

I did have a few problems with how the final boss is fought. Which was pretty much just dodge his attacks and hit his weak points until his health bar is empty.

Gunplay isn’t the only thing that Rage 2 has to offer. Vehicular combat can be a fun distraction. Taking out convoys reminds me of Mad Max which I’m sure many of the game’s elements took heavy inspiration from. Unfortunately, it doesn’t seem like you can use the vehicles you unlock to attack bandit camps. As most of them are designed in a way that makes it difficult for you to bring your armored car into the vicinity.

You’ll most likely be using one vehicle for combat anyway, The Phoenix. As this talking car seems to be the only vehicle you can upgrade and have versatile weaponry. But if you do bring additional vehicles into towns, they can be summoned anywhere. So commute was never really a problem in this game.

It does make me wonder why enemies never seem to use theirs. They have so much cool weaponized cars that they never actually seem to use them against me with the exception of convoy missions. A few bandit camps I raided had a tank armed with mini-nukes sitting out there in the open. And they never actually once thought about hopping in and using it against me. That would’ve given the AI a bigger challenge.

One thing that does irk me is the store in the pause menu. Supposedly, Rage 2 doesn’t offer experience boosters or any types of game changer in the store. Though you do need a Bethesda account to access it. I don’t have one so I generally left it alone. Most of what they offer there are weapon skins, so it can be ignored. But at $34.99 to get 4,500 Rage Coins, which is the game’s premium currency, it does seem a bit too much.

Overall, Rage 2 is a fun game. Surprisingly a bit short for an open world experience as I was able to beat it at below 14 hours. But it is still worth playing if you are a fan of Doom.

However, Rage 2 does fail to establish its own identity. It feels more like a plethora of references and reminds-me-of than truly establishing itself. Part of which can be blamed for its poor story pacing and execution. After a few months of finishing the game, you’ll most likely forget it even existed.

Disclosure: This review is based on a review code provided by Bethesda. Read our review policy to know how we go with our game reviews.
Tested on: PS4 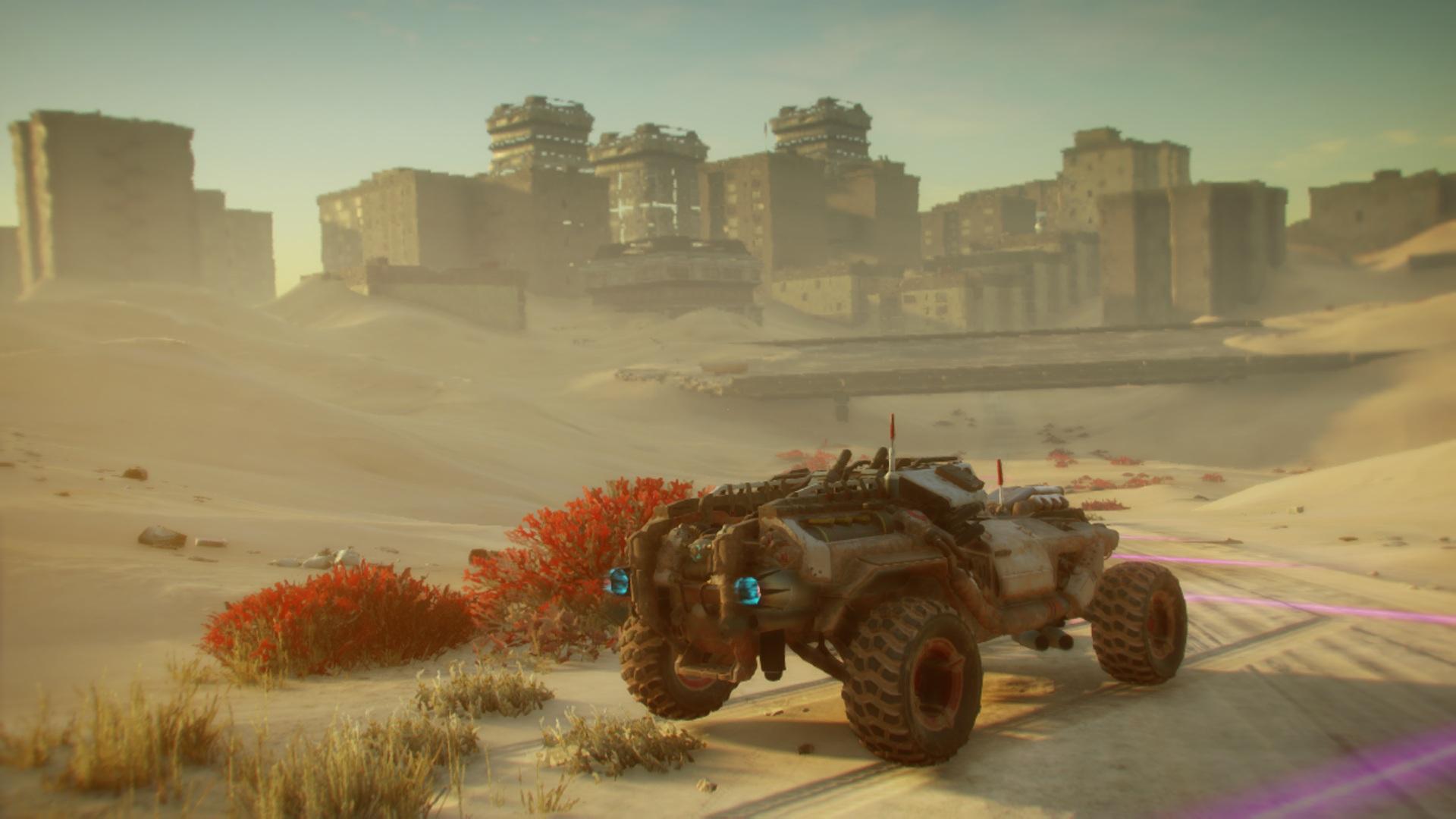 Rage 2 – Review
Score Definition
We tell you, it’s a good game! It’s not average! It might have some problems here and there, but you have to admit it is a “Good” game.
Pros
Aggressive Fun Gameplay
Lots to Unlock
Pure Destruction
Awesome Vehicular Combat
Cons
Generic Characters
Uninteresting Story
7
Good