The beat ’em up genre has been lost to the times. Back in the day, it was one of the most prevalent genres around, where it was a great way to shoehorn a well-known franchise into a video game. You name it; Spider-Man had several, The Avengers got one, and one of the most fondly looked back upon ones was a Teenage Mutant Ninja Turtles game. If there was a famous 90s property, it most likely had a beat ’em up game along with it.

However, the 90s is twenty years way back when and the genre ended along with the decade. There have been several attempts to bring it back, but no luck at the same mainstream success the genre once had. If there was even a slight success, it was only because of the brand associated along with it, such as say Scott Pilgrim. It’s now 2018, and we’re still trying to bring it back, but the story is just the same and, unfortunately, Raging Justice falls into the same pit as the rest. 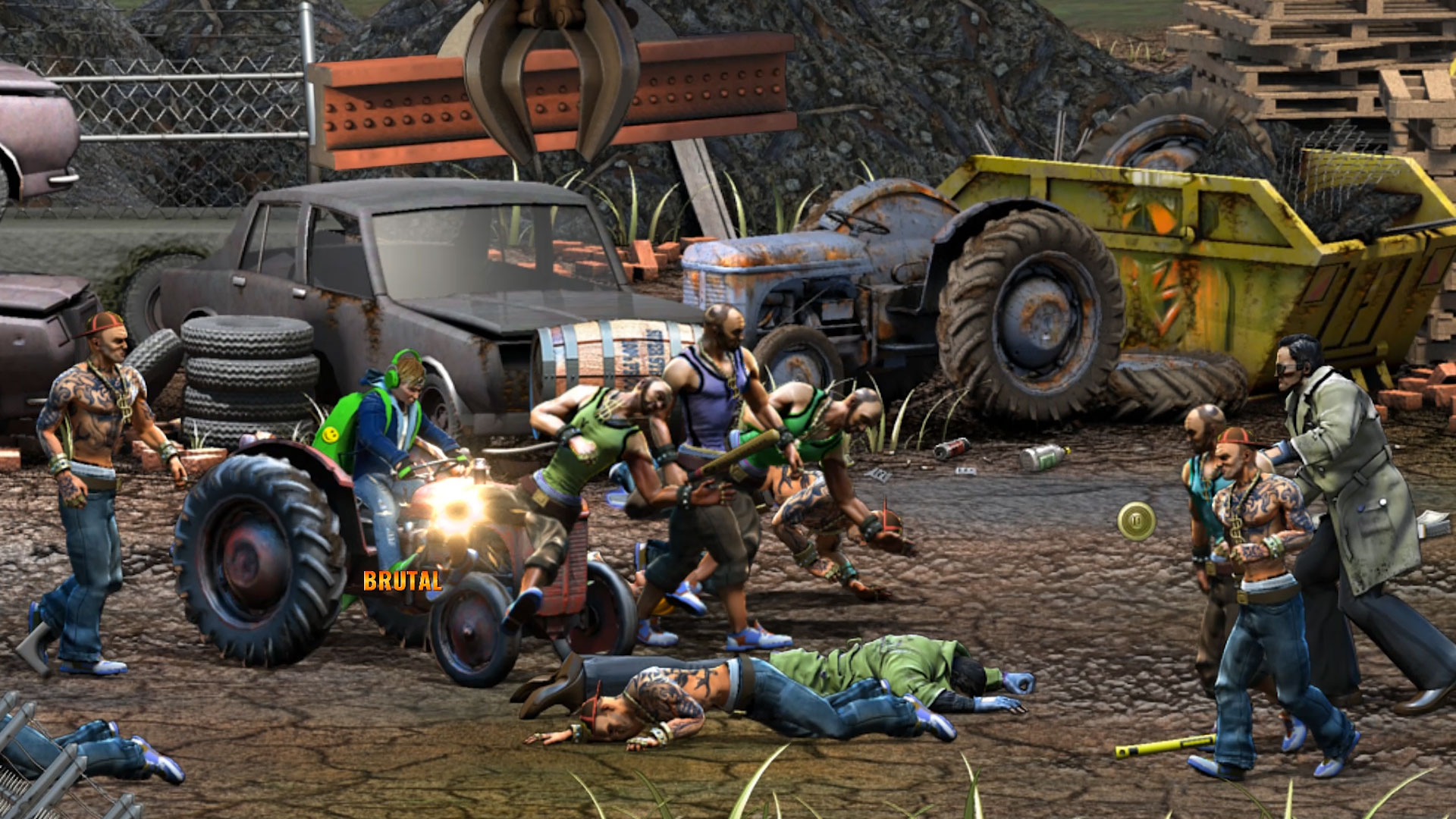 Right off the bat, Raging Justice swings hard with its 90’s cheese that was in a lot of these type of games. You got your hard-boiled characters that want to enforce justice, and the only way they know how is through their fists. It’s a nice nod to the pasts quirks, but one not implemented so well. If I didn’t know any better, this game could easily have been released back then. It doesn’t stand out from the crowd of other cheesy 90’s beat ’em ups I could boot up right now. Instead of a hard rip-off from those classics, a tongue in cheek parody would have been much more appreciated.

The presentation doesn’t stem too far from that decade, either. The look is similar to the pre-rendered 3D graphics used in the Donkey Kong Country games, where character models look mushy and blurry, lacking any real fidelity. Along with this mushiness, is the drab look the game has as a whole. Nothing pops and it’s as if you’re playing a flash game, except it’s not free and your spending money on it. 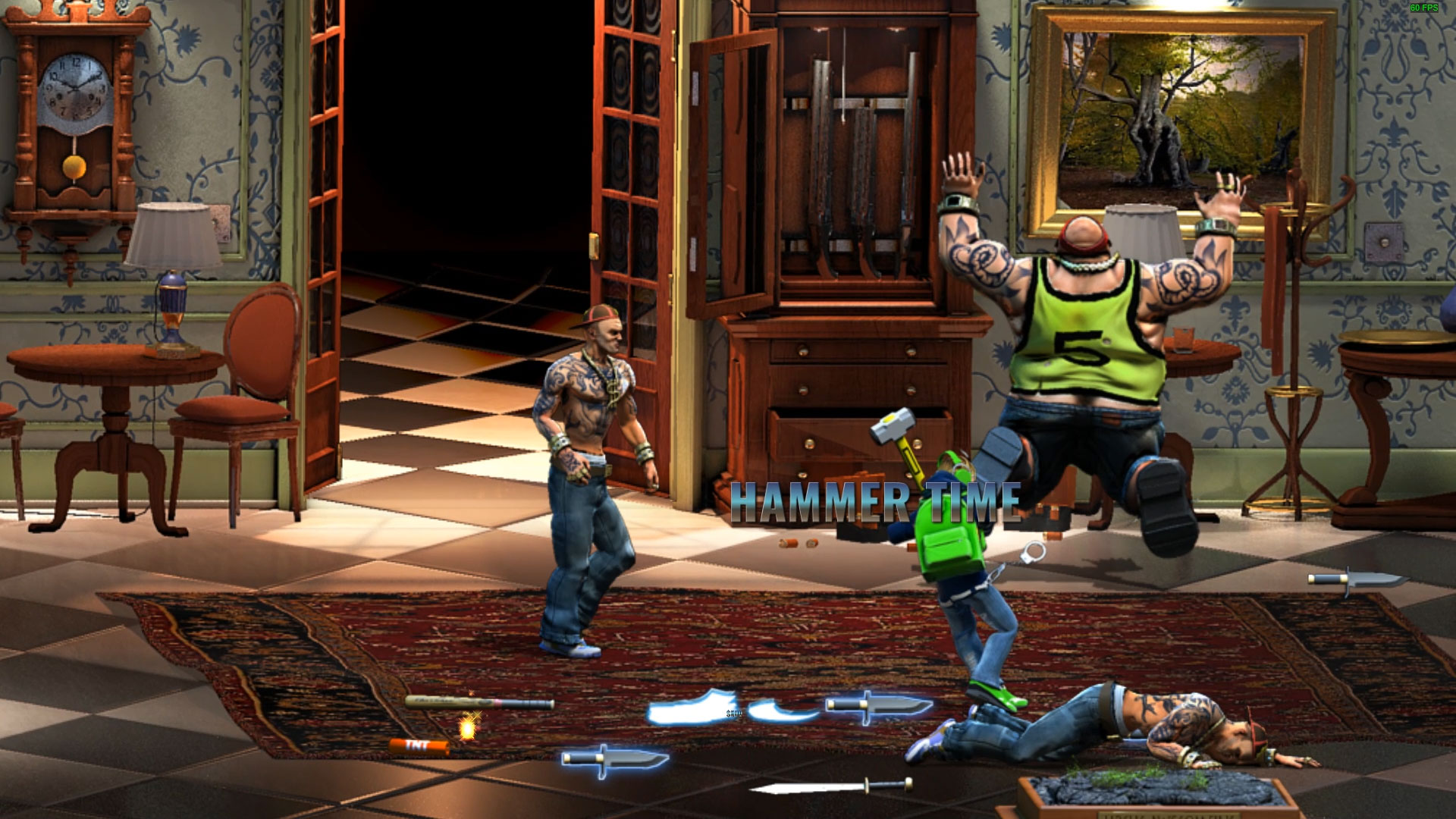 The main course that the game does do a decent job, albeit inconsistently, is the gameplay. It’s your standard beat ’em up affair, where you have a 2D plane that you can move about in eight different directions. Your hitbox actually confirming with the enemy’s hurtbox depends on whether the both of you are in the same horizontal lane, which is standard for most 2D side-scrolling beat ’em ups. This is what Raging Justice gets right; the basics. Along the way, unfortunately, it still manages to fumble and commit the same mistakes from past beat ’em up games.

Enemies hit way harder compared to you, and not only that, but can continue doing combos for way longer. The enemy, for some reason, can continue to cancel the first part of a standard 3-hit combo infinitely. This leaves you stuck in a staggered state, thus making you free game for other enemies on the screen, thus you dying within a minute or so. This is all multiplied tenfold with the areas that contain an ungodly amount of enemies on the screen at one time. It may seem like a good idea on paper, but given the game’s systems and mechanics, it just becomes a sloppy mess, which has you die over and over again. The frustration of dying over and over again only goes so far since the consequence of dying is completely non-existent. All you need to do is just select “Yes” at the continue screen and you’re right back into the action, exactly where you left off. 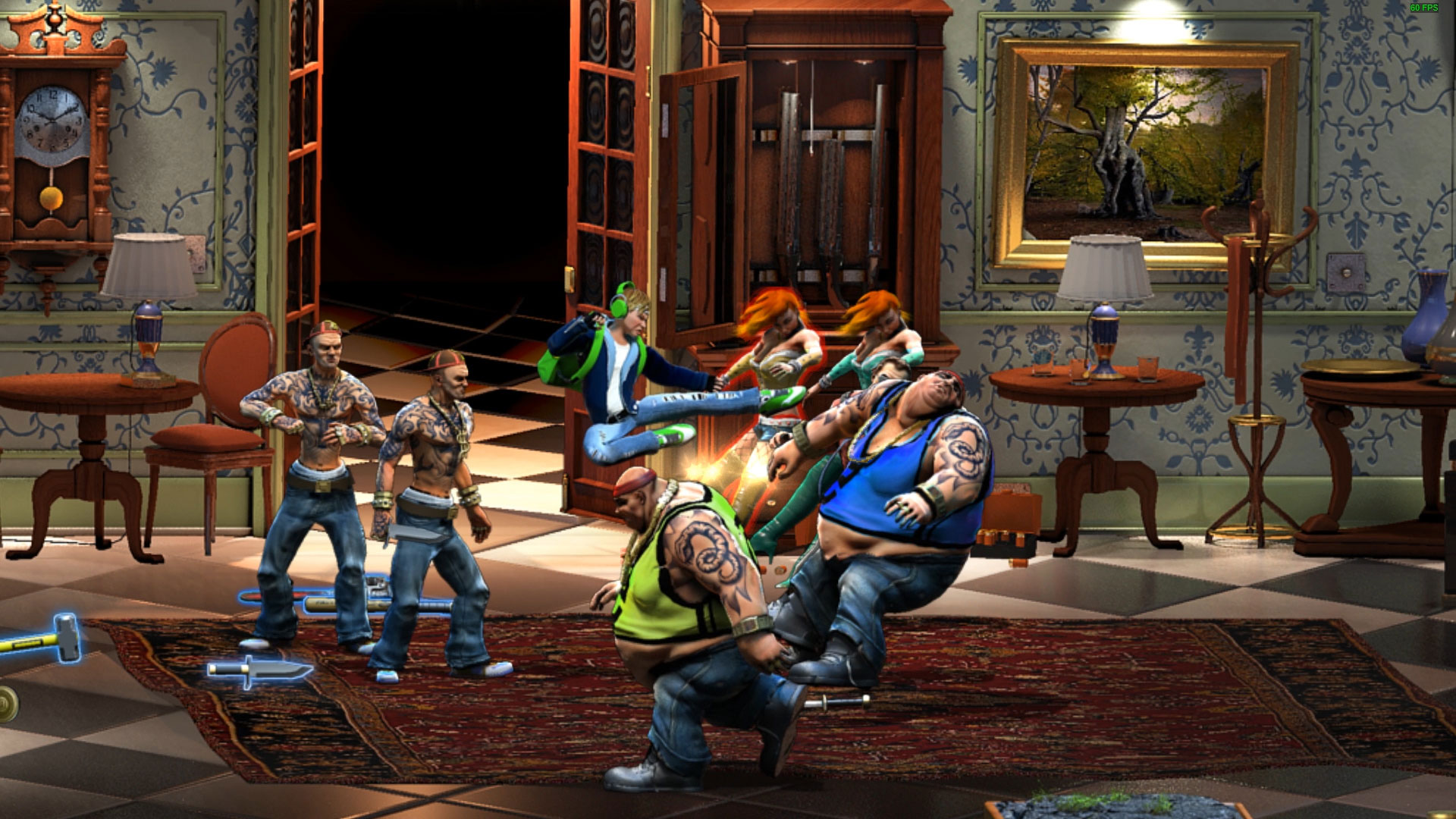 The frustration does translate over to the objectives, however. At the start of each level, you’re given a laundry list of goals to complete as an added layer of challenge. This would have been a great way to give the game more replay value and something that was lacking from the classic beat ’em up titles, if only it were implemented better. Most of the objectives are near impossible to beat, again, due to the game’s systems, with such examples being: “Don’t lose a life” or “Finish the level in 3:00, or less”. You’d be lucky to even tick off a few of these goals from the list.

Overall, Raging Justice is a lackluster delivery of a beat ’em up game. It looks like a beat ’em up and sort of plays like one, but it carries over the mistakes of the past and even ramps them up in some cases. If you’re really into beat ’em ups and are frothing at the mouth for a new game in the long-abandoned genre, then go ahead. Otherwise, steer clear and save yourself the disappointment, since there are ways to go about replaying old classics and, at the end of the day, those are all you’ll really need. 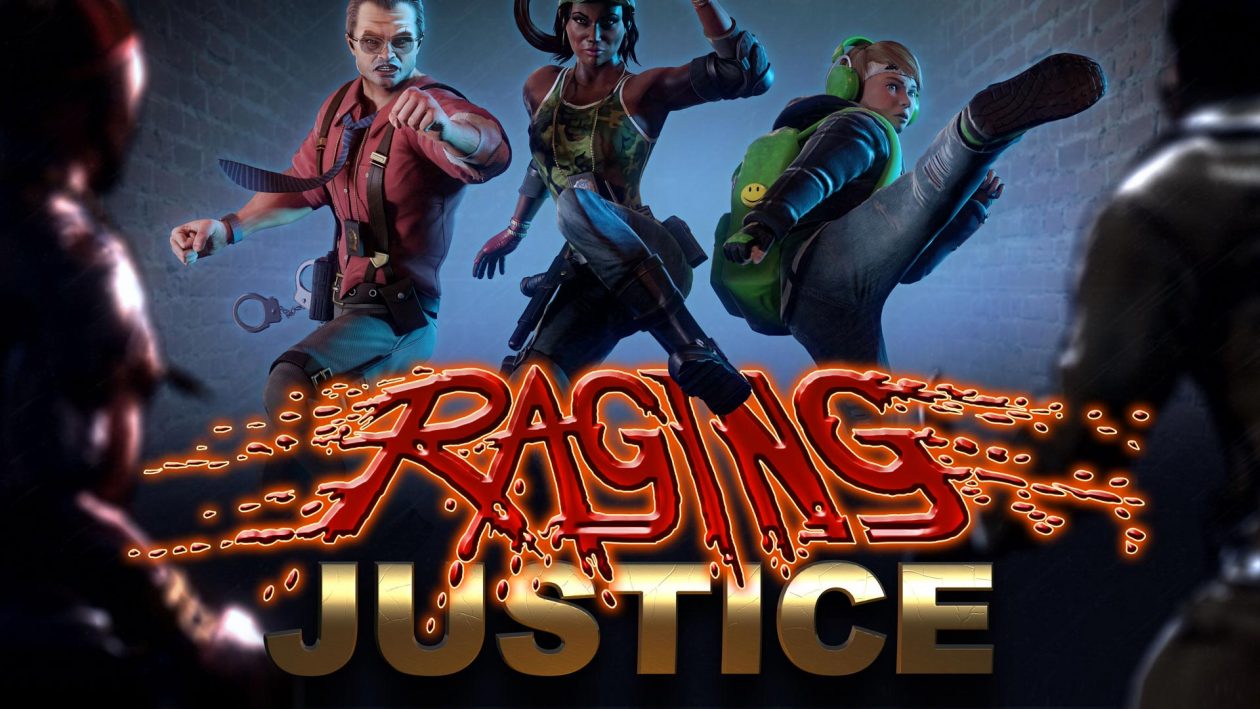 Raging Justice - Review
Score Definition
You’ll be left out with a “meh” after finishing the game. What game did we just play?
Pros
Plays like a beat 'em up
Cons
Repeats and ramps up mistakes of past beat 'em up games
Presentation
No death consequence
4
Below Average