Ranking all the Modern GTA Games 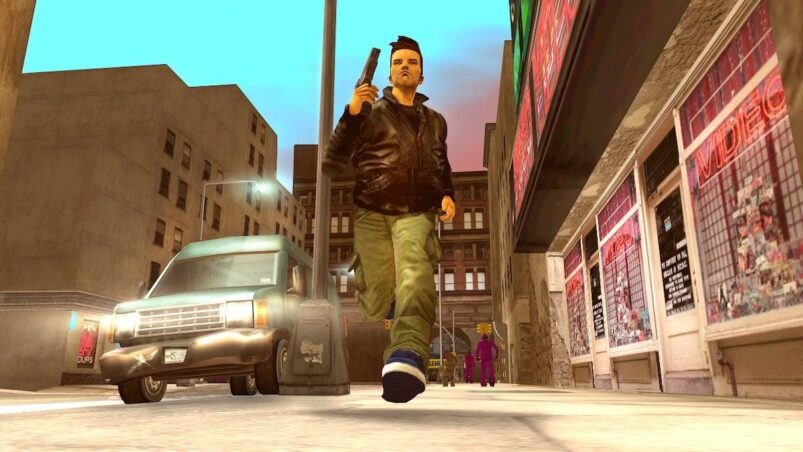 The GTA series has always been a cultural phenomenon. There is something about the underdog trying to make a living in the criminal underworld story that’s so damn compelling to players. Throw in a sandbox world where you are free to cause as much as mayhem your heart desires, and you have yourself a recipe for potentially hundreds of hours of enjoyment for a single game alone. And with the GTA: The Trilogy Definitive Edition coming out soon, it’s high time we made a list ranking all the modern 3D games.

We will rank these games based on how good they are. If you are into crime dramas and grounded realism, I’m sorry. And you probably know which one is lowest on the list.

Also, do note that we will not be including the first two games, spin-offs, and GTA Online. While we credit the top-down games for laying down the groundwork, the series didn’t really take off until GTA III came out.

We have decided to rank the base games as they originally are. We might make a list on the spin-off games and expansions next time. And finally, GTA Online is entire game onto itself. It just so happens to be within the world of GTA V.

With that out of the way, let’s get on with our list.

Look, I love me some GTA IV, the story of Niko Bellic is the most grounded and drama laden one to ever grace the series. Unfortunately, it is for that exact reason as to why I have to put it so low on this list. GTA IV tried to go on a completely different direction, and while I love it for what it is, it is so far detached from what made the series so special to begin with. To its credit, this is the game that started using cellphones for calls and an in-world internet that’s so entertaining, I swear I’d lost hours just browsing it. Just like in real life.

But if I have to put up with another bowling invite from cousin Roman, I might just go around Liberty City and cause random bits of destruction.

Now we get to the game that introduced the series to the third dimension. By today’s standards, GTA III is not the most impressive product of its time – the controls are stiff and the camera work leaves something to be desired. However, what makes it higher on the list above GTA IV is because it had rampage tokens and fourth wall breaking Easter Eggs which the series is known for.

Considering the technical limitations of the day, I’m surprised how Rockstar managed to cram in all these collectibles and mini-games into one map. Liberty City may look better in GTA IV, but I’d argue it had more personality in III.

GTA: Vice City is something truly special. The decision for the game to be set in the 80’s and in a city that parallels Miami is an inspired choice. The time and place couldn’t have been more perfect. Only rivaled by GTA: San Andreas and the early 90’s of California. Moreover, all the side activities and property missions are a perfect thematic fit for someone who’s building a criminal empire.

Though I do want to air out some grievances before moving forward. Like that freaking bank job mission that had me race the best ‘getaway driver’ in all of Vice and turns up dead before we can even make our getaway. And swimming! Vice City is literally an island in this game and there are boats and sea missions. So, why does Tommy drown the moment water’s goes above his head?

That better not be the case in the Definitive Edition. I like games that stick to closely to the original, but someone’s gotta put their foot down and start correcting some wrongs.

What more can we say about GTA V? The ultimate sandbox of creative expression, considering after all these years, modders have yet to stop making mods for the game. The game did recently reach a new milestone by selling 155 million units over multiple systems. Congrats, I guess?

At first, I wasn’t sold on the three perspective approach of the story but somehow, someway Trevor, Franklin, and Michael succeeded in making me care for them and their individual situations. (Maybe less so for Trevor after what he did to Johnny…)

I would consider this to be on top of the list, if not for the simple fact that GTA V wouldn’t have been such as a runaway success without Grand Theft Auto: Online. I still haven’t gotten over the fact that we haven’t gotten any story content for the game all because Online basically gave Rockstar a license to print money. Maybe that all changes when GTA VI eventually releases. (I highly doubt it.)

And here we are, the current apex of GTA games. San Andreas has been a mainstay in pop culture long after its release. The biggest factors being CJ and the game’s California setting. On top of that, the game fully embraced the weird and wacky. One need only remember the desert base mission where we had to secure an experimental jetpack from the army. Most other games would have had that stowed away in dusty old barn with little to no fan fare. Rockstar made sure the jetpack had at least two story missions attached to it.

There’s also the feeling of attachment the longer you play San Andreas. The longer you play, the more CJ’s appearance changes according to which attributes you deem important. You can be buff as all hell or lean and mean, but they all take time to develop. And that’s time well spent in my book.

And of course, we can’t end an article involving San Andreas without talking about the train mission. You all know the one.

“All you had to do was follow the train, CJ!”

F U too Big Smoke! You can’t shoot for shit!