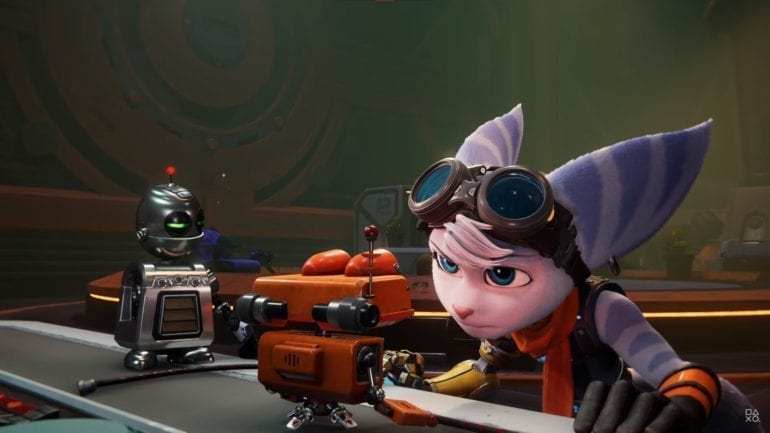 Game studio Insomniac Games has released the newest footage of upcoming video game Ratchet and Clank: Rift Apart and it is 15 minutes long of awesome gameplay!

The footage includes a lot of gameplay features that previous videos have not shown before. It shows how Ratchet ventures into Nefarious City which is in an alternate dimension where evil Nefarious rules with an iron fist. He finds a merchant as he explores who deals with weapons and such, and also bumps into the new Lombax, a female named Rivet. Also, the alternate dimension is called Sargasso.

On Rivet’s side, she comes with Clank to her home base and was trying to turn on a “dead” robot, only to be disturbed by Nefarious’ minions. They also come crash landing on another planet after coming from the city in order to avoid capture. It seems Rivet also has the Rift Tether and can travel through dimensions.

The power of the PS5’s SSD makes it possible for this game to go through different dimensions with ease with near-instant loading. This needs to happen a lot of times because this is a mechanic that Ratchet and Rivet will be using a lot of times.

The DualSense controller also plays a part in the gameplay as it allows players to make different shots with various weapons that Rivet and Ratchet use. The footage shows a longer look of the brand-new weapon called the NegaTron Collider.

The game will offer tons of Accessibility Options and it includes a toggle-able Game Speed mode. There is also a photo-mode that will give players a chance to pose and take screenshots of their favorite characters.