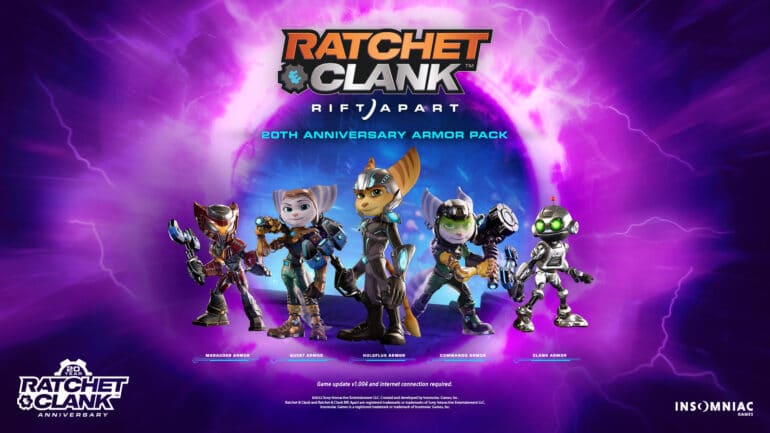 Today is the 20th anniversary of the Ratchet and Clank franchise and to celebrate, Insomniac Games is giving away some great surprises for the fans. Today, Rank and Clank Rift Apart will be getting some freebies. The 20th Anniversary Armor Pack will be available today in honor of #Ratchet20 and this will be given away via a game update for free. It will include five armors inspired by games throughout the franchise’s history.

Players will be able to gain access to these armors in-game without issues. Just check them out on the menu.

Ratchet and Clank Rift Apart is now available on PS5.