For those who are interested in pre-ordering Red Dead Redemption 2 digitally will get The War Horse and The Outlaw Survival Kit for the game’s single-player campaign. Both editions are already available for pre-order on PlayStation Store, the Xbox Store, the Rockstar Warehouse, and other official retailers. Philippines’ popular game shops, Datablitz and iTECH, are yet to announce the pre-orders for Red Dead Redemption 2.

In addition to the pre-order bonus, these people will also get a Cash Bonus for the single-player campaign and a treasure map for those exotic finds. For the Treasure Map, though, you will need to pre-order the game on or before July 31, 2018. 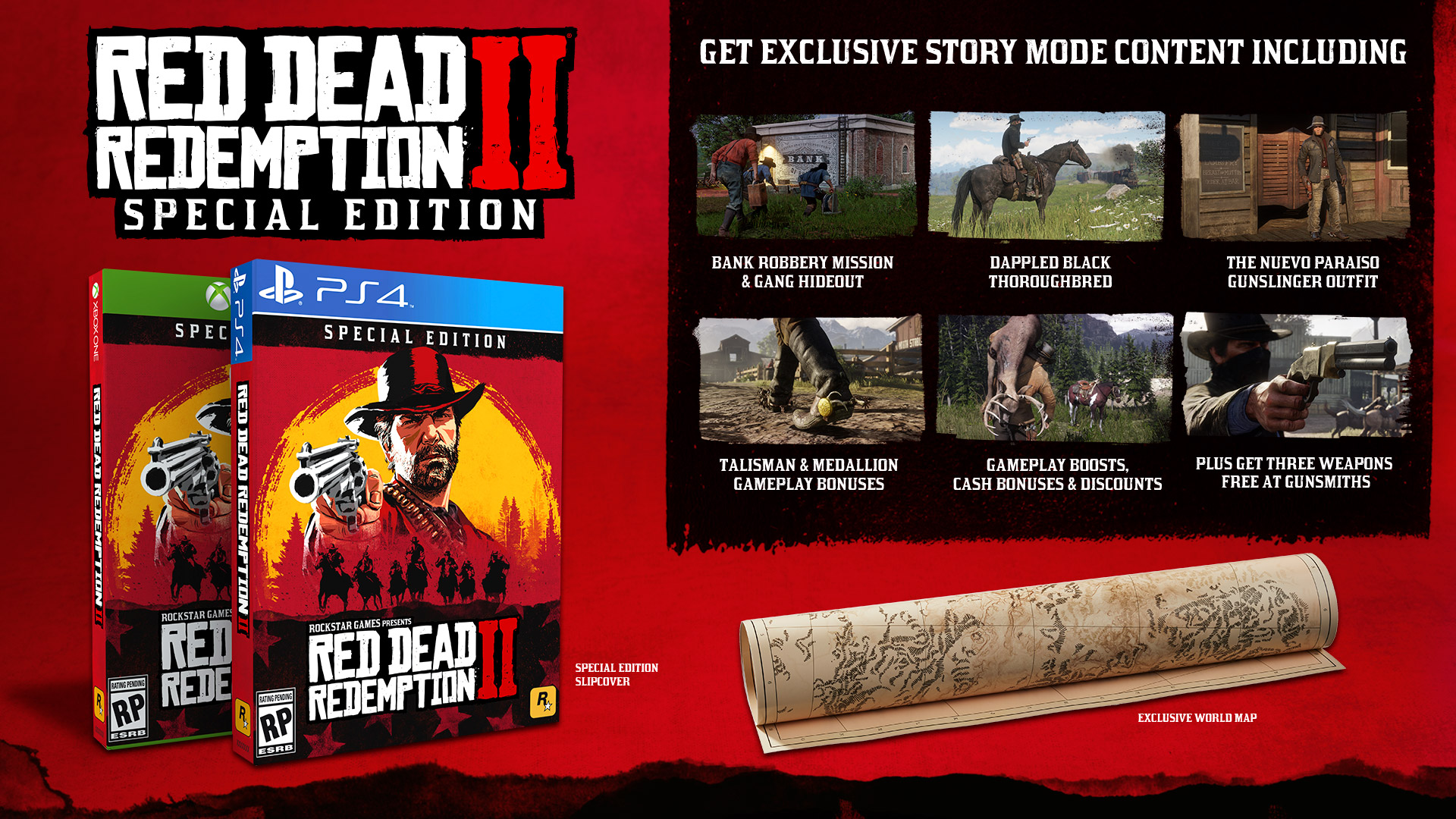 Red Dead Redemption 2: Special Edition can entice you with its exclusive content for single-player which includes amazing outfits, a bank robbery mission, gameplay boosts, and more.

For the Ultimate Edition, the package you get from the Special Edition are all present plus some online goodies you can use for multiplayer. And look at that steelbook case, this one is a sure buy for video-game collectors and big fans of the franchise. 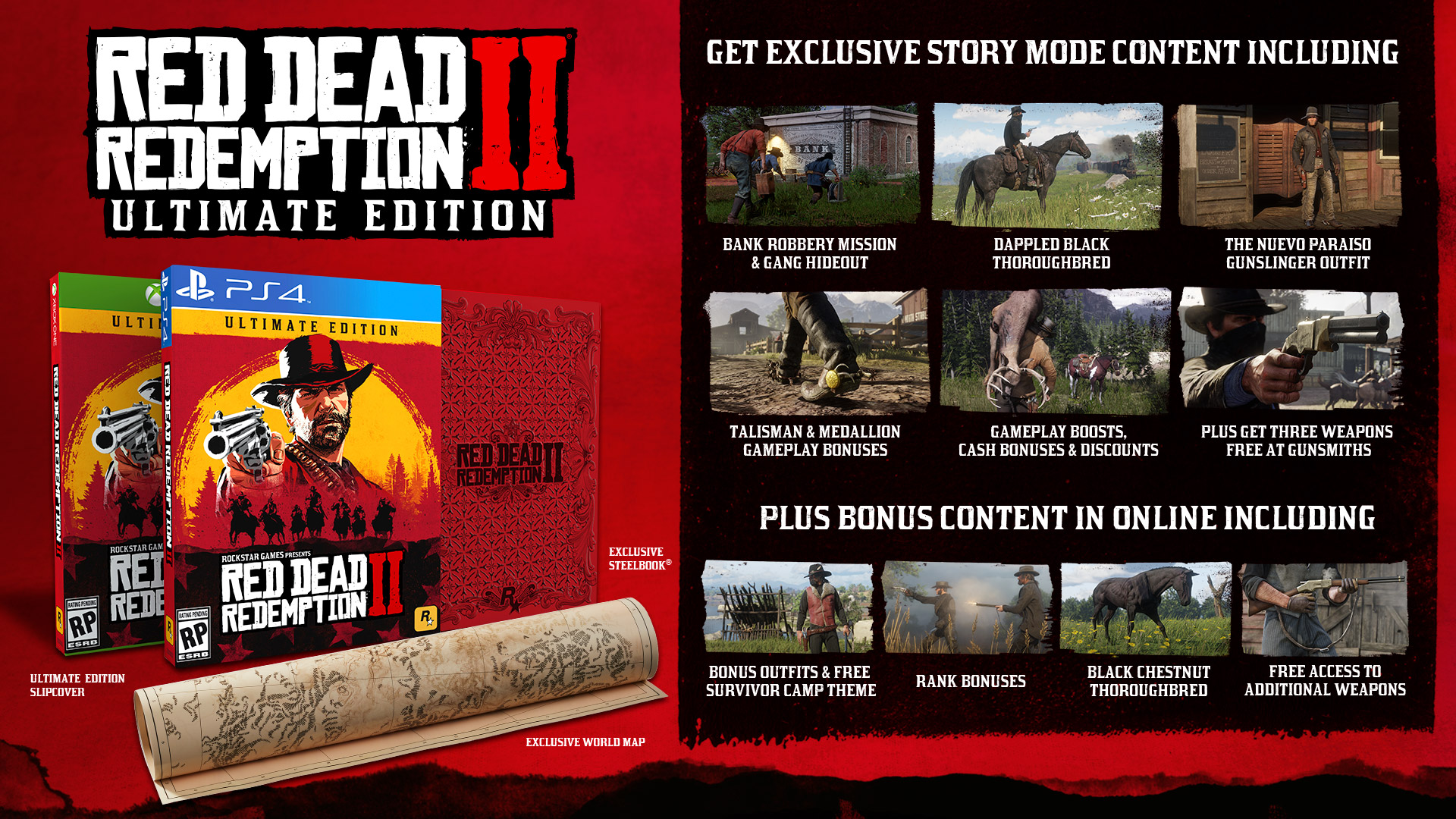 You can check more details about the Ultimate and Special Editions right here.

Game company Microsoft recently revealed a new update for its listing on Red Dead Redemption 2. It showed a bonus list for pre-orders.

The game will launch this coming Oct. 26. It will be available on PlayStation 4 and Xbox  One.