Redout 2 – How to Get Gold in Rookie Academy – Boosting 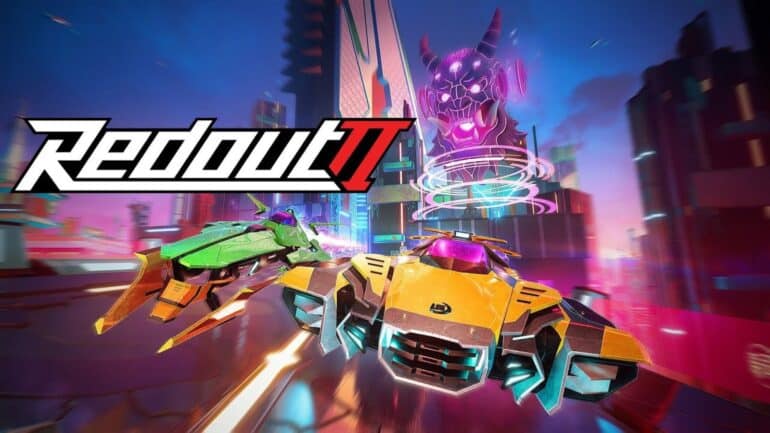 Redout 2 is a precision racer that requires players to be very familiar with multiple track layouts on top of being highly reactive. This game was designed to be as challenging as possible while giving players ample opportunity to improve their skills. Maybe this is why getting past the Rookie Academy, the game’s first obstacle, can be difficult. It’s not easy because it sets the tone early – this is not the kind of game you don’t just pick up and play and expect to reach the top. For those willing to persist with the very high skill ceiling, it is undoubtedly a rewarding experience.

There are 3 aspects of the game every player should be familiar with. Strafing, Vertical Controls, and Speed. The first two are easy enough to get past (and even get Gold with). It is the last one that can give players problems. Although the developers are planning to lower the thresholds for the Silver and Bronze ranks conditions aka the ones you actually need to advance. It is the gold rank that is actually difficult. (You can skip this part entirely and go straight to the ‘How to get Gold’ part if you so wish.)

To beat the boosting tutorial, you’ll need to maintain your speed in order to build up points. The first target to reach is 850 Km/h. If you hit that speed, you’ll get 1 point per second. The next target is 900 Km/h for 2 points, and so on and so forth. You have 180 seconds to get as many points as possible. You advance only if you get at 800 points.

Getting Bronze is not hard at all once you get used to a couple of things.

First thing, avoid hitting walls. Hitting walls will cause your hovercraft to slow down a bit. In this trial, it can cause you a medal altogether. You can afford a slight collision, and lose a bit of speed, that should be good enough for Bronze. If you stop for more than a split second, however, that’s cause for a restart.

Secondly, you’ll need to know when to boost. The trial does give a hint of when you should use boosts. Basically, any stretch of track that doesn’t have any turns is a good time to boost. I think that’s what the game is trying to teach. You can increase your speed rapidly and get some quick points during these times.

And lastly, try to hit as many speed pads as possible. You don’t need to hit every single one to get Bronze, the majority of them are enough.

If you keep these things in mind, you’ll have no problem with getting at least Bronze and advancing to the final test.

To get Gold, however, is a completely different matter.

How to get Gold in Rookie Academy Boosting

To get Gold, you’ll need a score of 1,200. That’s going to require you to hits your boosts perfectly, perform perfect landings, and barely make contact with a wall. Keep in mind, that every point counts when going for Gold.

The most challenging part of this course is the first turn. To be exact, there is only one true turn in the circuit, and knowing when to start turning makes all the difference. Get a feel of when you start turning and when you start strafing. Once you’ve figured that part out, you can go through the first circuit with little difficulty. Try as many times as you want until you’re confident that you won’t be hitting the wall initially. It gets harder once you come back for another loop.

After taking the turn, stay with the center line and hit both speed pads for extra points boost. You should be getting the Hyper Boost tutorial shortly.

Now, this is very important. After performing the Hyper Boost, let the boost cool down a bit but not so much that you start losing point potential. Use boost again. At this point, you should start to overheat. Keep holding it until you make your first perfect landing. That should give you an even greater increase in points. Let go of your boost button when you are close to low health. (Something to keep in mind, find the right timing so that when you make that landing you are still in a boosted state.)

After making that landing, your hovercraft should slowly build up HP again. Hit the speed pads in rapid succession to keep maintain your speed.

At this point, you should be getting close to the mid-air boost tutorial. It is very important you boost just before launching off the track. If you decide to boost in mid-air, you won’t get the speed burst once you hit the track again.

Now, we get to the very tricky part. At these speeds, unless you have other-worldly reaction times, you will hit that will when you make that turn again. This is where most of your preparations should be going to. If you don’t want to use momentum, you’ll have to do the one thing that every racer should do successfully make a turn… let go of the accelerator. When the blur effect reduces, then you know you’ve got a good speed to make that turn. Make sure to avoid hitting that wall.

If you get past that part, you can simply rinse and repeat from the very top. Keep doing this for a couple of more laps until the time runs out. With a little luck, you should be getting Gold, with little issue. If you are really good, there’s no problem hitting scores as high as 1,600. Just getting it out there.

And that’s it for this guild. If you like more guides on Redout 2, let us know on Social Media and we’ll get something together to help you out with this hard, yet satisfying, anti-gravity racing game.

Go watch this gameplay video from youtube Joltout where they tackle one of the many, many tracks found in the game.