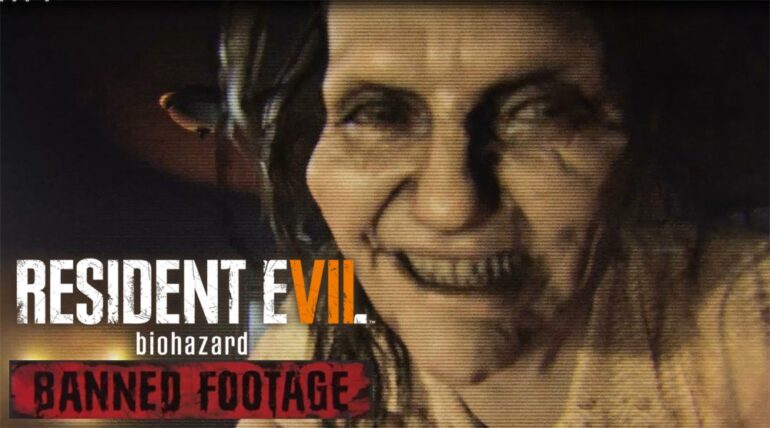 Can Resident Evil 7 top off what they have already put out? This DLC explores what else Resident Evil 7 has to offer. Will it impress or will it be just another forgettable DLC? Let’s go ahead and find out… 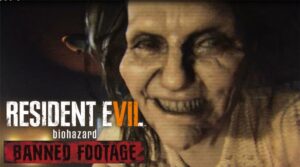 The Banned Footage Volume 1 DLC contains three game contents which has different varieties in gameplay. Let’s start off with the first one which is Nightmare. Nightmare is an action-oriented “level” where your objective is to survive until dawn specifically 6am. You will be fighting off the monsters and getting rewards each time you surpass a score mark. You also start off with a few scraps that serve as currency for this game mode that you can exchange for weapons or items that become pricier the more you buy them. This is your typical fight ’till you die gameplay and there’s really nothing special on this game except the possibility of boasting that you can get the higher score when you survive the experience. I tried it once and didn’t really bother to do a second playthrough. I mean I have already had enough of the monsters from the main game so this didn’t really appeal to me that much. 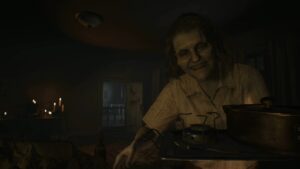 The second one is called the Bedroom. Now Bedroom is something that I really enjoyed in this DLC. This is basically a mini game all on its own that’s very cool. The premise is you are handcuffed to a bed and Marguerite (the female villain from the main game) is trying to feed you her special batch of goodies. Now, the aim of the game is to figure out how to get out of the bedroom before Marguerite catches you or kills you with her food. This is similar to those escape room games that have been popping out lately and this game provides you that experience in the confines of your home. I’m pretty sure this game would also be enjoyable in VR mode but the VR has been bad to me lately so I will have to stick to playing this on my TV. What is also fun about this mode is that whenever Marguerite comes back to the room, you will have to put things back to where they were originally before she notices that things changed. This game mode really offered a lot of tense moments that’s similar to that feeling you get with the main game. And that to me was the selling point of this game mode. It was just so exciting and nerve-wracking at the same time to see if Marguerite will ever find out that I moved that picture from the wall. It almost felt like I was really in the game. So if anything, this DLC is worth it because of this game mode.

The last game mode offered by this DLC is Ethan Must Die. This is basically Dark Souls in a Resident Evil setting. This game mode explores the idea of what Resident Evil would look like if it plays like Dark Souls. What you basically do in this game mode is to try not to die hence the title Ethan Must Die since the slightest whack from an enemy would kill Ethan. Should you ever die in this game mode, every item you have picked up will be dropped and you can retrieve them by picking it up from your gravestone. This gravestone will show up at the last point where your character died. And this is where the similarity ends with Dark Souls. Other than that, you just need to go through the level and complete it while collecting powerful items along the way and ensuring that you don’t die while doing it. Also if you die, you will have to start from the same respawn point just like in Dark Souls. This game mode will definitely test your patience but once you have done it, there really isn’t much else to do with this game mode.

Overall, I can only say that the only memorable game mode in this one would be the Bedroom since it has a unique story that was not featured in the main game. Even so, once you have completed the Bedroom, there is not much else left to do in this DLC but to try and get a high score in all the other game modes. I do appreciate the effort that Capcom did in providing us with this DLC but I was hoping for some single player story mode that would fill up the other parts of the main game or even a coop mode for some multiplayer fun. Instead, we got a DLC that could end up in the forgettable bin.

The game is a good buy depending on your preference of what a “good buy” is.
Read our Review Policy here to know how we go about our reviews.