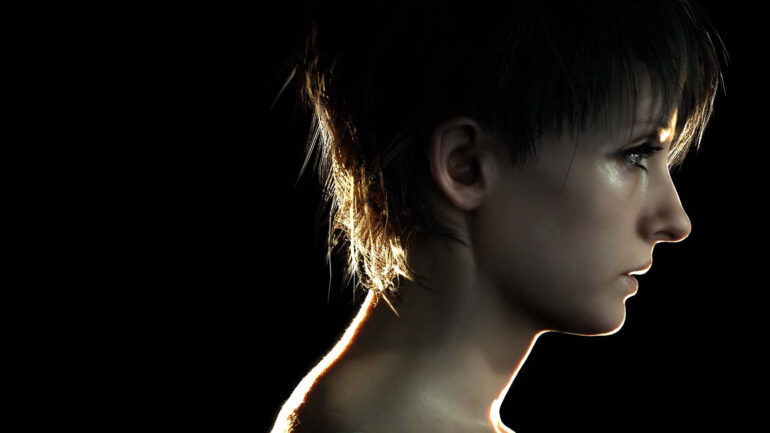 A card game. A little girl. And a birthday party. What do these three things have in common? Well they are not something to do with cute things and happy feelings. They are part of the next batch of game modes for Resident Evil 7’s latest DLC: The Banned Footage Volume 2. I am hoping this set of game modes are better than their first offering so let’s go ahead and see what we got here. 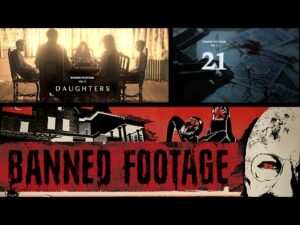 The Banned Footage Volume 2 is packed with a lot of content that are of different variety. The three games included in this one are named 21, Daughters, and Jack’s 55th Birthday. Let’s try and dissect these games one by one.

First up is 21. 21 is basically a card game that lends its name from the popular gambling game where you and another player try to outdo each other by reaching to 21. It’s blackjack but with simpler rules. You just only deal with cards from 1-10. Now you must be wondering, so how does this game tie up with the whole Resident Evil theme? Well it just so happens that the games master is the twisted brother Lucas. So of course it’s not just that simple. Think of it as a cross between the Saw movie and the card game. And so what ensues is a fight for your life over a game that’s based on luck and intuition. The game starts off ‘easy’ by using your fingers as the stakes or the gamble money. Each time you lose a hand, you lose a finger (I just realized how pun-y this is but please bear with me). Now if you survive that nightmare, the next stage of the game takes place where the stakes are raised where instead of your fingers (at this point, your opponent has lost all 5 of their fingers) Lucas puts in an electrocuter contraption. Every lost round, gives you a shock that intensifies the more you lose. 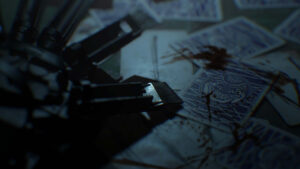 Lucas, not trying to be the villain here, helps you by giving you “ability” cards. These cards range from powerful abilities like adding more cards to your opponent’s hand or removing the last card that was placed on your hand to dangerous ones where the stakes are doubled or that you’re not allowed to draw anymore. Lastly, if you are still well and alive after that round of games, there is one final part where a saw-like device drops down from the ceiling which has a distance meter that gets nearer or farther from you each time you lose or win a hand respectively. Surviving this last part will earn you the final cinematics of the game but knowing Lucas who knows if this will ever be truly the end of the game.

I really loved this game mode because of its randomness. That every round you could win or lose. Giving you that tense feeling that really makes this a very deadly game of cards. The ability cards was a nice touch to let you think on your feet and take into consideration what cards the opponent might have. Do you spend that double card now or wait down the line? I haven’t really discovered all of the ability cards but the ones I’ve encountered was enough to make me think before I keep the cards I have. Replayability wise, this game offers three levels of difficulty that you can each unlock by completing the one level before. It also makes you curious about what will happen should you get to the end of it. 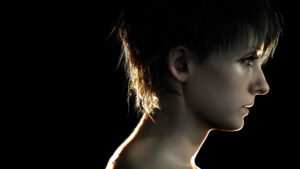 The next game mode is Daughters which tells the story of the Baker family before they all went crazy. This is a single-player story mode where you take control of Zoe, the girl that was helping you along the way in the main game. You get to witness how each of the Baker family goes crazy through the eyes of Zoe as she struggles to understand what is going on with her family. This has two endings that makes it worth to go back to and play just to see where the story goes and how it all ties up with the main game. If you’re someone who loves a good backstory, then you will surely enjoy this game mode as I did. This will also help you understand how the good-natured Baker family suddenly went the Shining on everyone. The gameplay is similar to that of the beginning areas of the main game where as Zoe, you are helpless and really have no means to combat the family. I mean this is her family after all, so she has no idea what to do, whether to fight them or to just run away and figure something else. 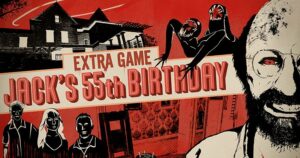 The last game mode is Jack’s 55th Birthday. Here, you play as Mia as you try to scour the area for food and feed it to Jack. Each food has varying ‘satisfaction’ points that fills up a satisfaction meter everytime you feed it to Jack. You can combine items that you find for a better quality food that will earn you more points. Each area of this game mode has a time limit as to how long you feed Jack. Completing an area gives you a score that will help unlock other areas and each area becoming bigger for you to explore.  I think that this is the weakest of the three game modes but I like how there’s an incentive for getting that high score for an area. I like how you are not confined to just one area of the game unlike that of Nightmare and Ethan Must Die.

For the price of $14.99, I do believe that Capcom did justice to this batch of DLC. The varying game modes and the rewards that each present is well worth it to keep coming back to. I can say that these are memorable enough that I would tell my friends about it and let them know how enjoyable they are to me. If you are still thinking of whether to get this DLC or not or if you bought the season pass and was wondering if it was worth it at all, then I can say that for this DLC alone, I am impressed for what they provided us with. I can’t wait for the next DLC to come and I hope that it will match the level of entertainment that this DLC brought us.