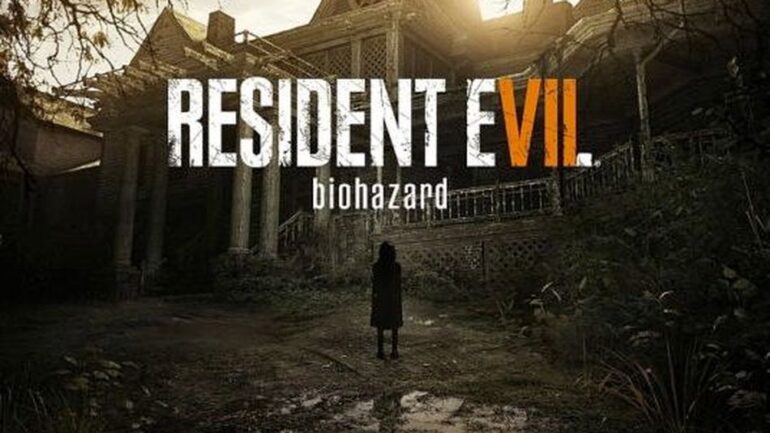 Who would have thought that I would be the one brave enough to review Resident Evil 7 Biohazard. I scare easily especially when I don’t know what’s going to be around the corner, but there is something so addicting about being scared and overcoming that scare.

Resident Evil 7 Biohazard gives you just the right amount of scare and the reward you get for overcoming it is so satisfying that you just want to get right back into it. 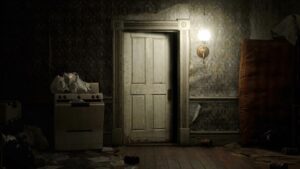 RE7 Biohazard is the 7th installment in the long-running series of Resident Evil games. The game takes a different direction from the previous installment as this is the first mainline Resident Evil title that’s playable in first-person mode. Although there were other spin-offs of the game that were played in FPS, RE7 is the first in the main series that was entirely played in this mode.

The story sets us off as Ethan, the main character of the game, goes on a journey to an old mansion where his wife, Mia, was last found three years ago. Ethan receives a video message from Mia telling him to not look for her but of course he goes on ahead and looks for her. What ensues after he reaches the house becomes a game of cat and mouse as Ethan tries to navigate the Baker’s home to search for Mia and find out what really happened.

The basic controls of the game is similar to that of other FPS games. You aim, you pull the trigger, and shoot at enemies or hack them with a melee weapon. You can sprint using the left stick just like in any other FPS games. The game lets you scavenge items and weapons to help you combat the many evils that you will encounter throughout the game, but initially you are helpless with nothing but your hands to protect you from danger. You have the option to hide from enemies as well if you are in a pinch and have no means to fight back. The game is also compatible with PSVR which makes the experience much more terrifying as you get immersed entirely in the game. I would really recommend playing it that way though but playing it on your TV is fine as well. 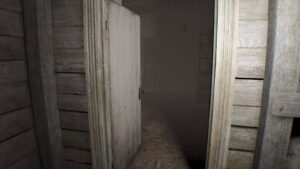 The game brings back the familiar crafting mode that is popular in the previous games. With so many combinations to choose from, you can get a whole variety of ammo, weapons, and items that are very essential to staying alive throughout the game.

Save points are also back in the form of a tape recorder. You can find them all throughout the game alongside the Item Box that is also one of the main features that RE games have. The rooms in which these are located are also considered as safe rooms where no enemies can enter which is a good place to hide if you are being pursued by enemies.

Another feature of the game is the VHS player. VHS tapes are items that you can pick up and play in the VHS player which provides a preview of an area that you are either currently in or a place that you are about to go into. They provide insight to hidden switches or hints about what you should do should you get to that place in your playthrough. What’s so good about these VHS tapes is that you don’t just watch them, you actually relive them by playing through it as well.

There is another feature that is exclusive to this game and it’s the antique coins that you find hidden throughout the game. You can pick up these coins and use them to purchase upgrades and a powerful handgun. I was a little disappointed that there are only a few of them to choose from and that once all of them are purchased there are no other purchasable items in the game. I think that you are well off just purchasing the upgrades and not getting the weapon since you will gain other powerful weapons that are so much better than the handgun. 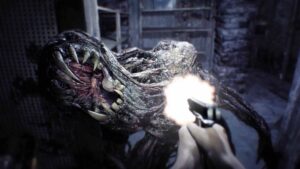 Speaking of upgrades, you can maximize the health and reloading speed of your character by using specific items that you can either purchase or find while you are traversing in the game. There’s also an item that you can pick up to increase your inventory size so you can collect more items. Because of these upgrades and customizations RE7  has the Action RPG feel like it did in previous games which makes it more enjoyable knowing that you have the means to survive the experience. Don’t get me wrong though, despite the fact that you get all these nifty upgrades, you will still need your wits about you so you can manage to fight the enemies off.

And since we’re talking about wits, the game also provides a whole lot of puzzles that you have to solve in order to progress through the game. RE players would be familiar to these formula as it is a mainstay in the series. One particular puzzle I really liked was the shadow puzzle where you place an item infront of a light to recreate a shape on the wall. There’s also the usual “find this key so you can open this door” type of puzzle which urges you to explore the whole place so you can go explore some more. 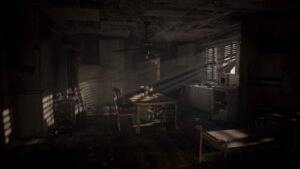 The graphics of RE7 is so good and realistic that you can just immerse yourself in the environment despite the horrors that await you. There was even a point in the game where I was just staring at the horizon engulfing the scenery even though there’s probably a monster behind me just waiting to kill me.  That is how good the graphics is that you momentarily forget it’s a horror game. This game did provide me a lot of jump scare moments that were believable and effective. No matter how powerful your weapons are, if you are faced with uncertainty, then you’ll probably end up running into a corner or panic because they just jump out on you out of nowhere.

I really commend the people behind the musical score and sound of the game. Without the eerie music or the lack of it, this game would have been a lot less scarier. The sound is very effective in delivering all the jump scares and for me, it is just the right amount that I can still say that it is playable even though you are afraid. Just to note, I played the game in the dark, at midnight, to immerse myself fully and somehow I still survived the experience.

So if you’re a scaredy cat like me or you just want to prove how fearless you are, I totally recommend that you play this game. I can say that it will definitely change the way you perceive horror games. May it be that you probably don’t want to play it again or that you would want to relive the encounter over and over to make yourself numb to the scare. I love to be scared and I love the satisfying relief that it brings when you overcome it, and I can’t wait for the next installment of this game or the next DLC they provide because this game is absolutely satisfying. Now let me go hide in the corner so that the Baker family doesn’t catch me.