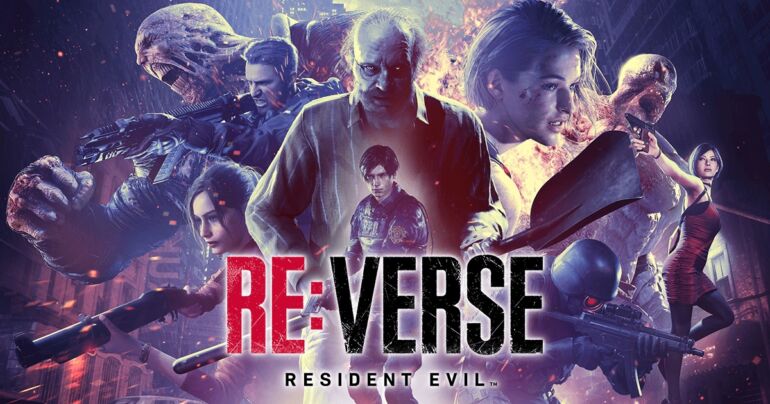 A streaming channel on YouTube has recently shared some good footage of the upcoming spin-off multiplayer game Resident Evil RE: Verse.

The footage comes from YouTube channel KendoGunSop Survival Horror. It is only over 5 minutes long, but it shows a good chunk of what to expect in the upcoming online multiplayer game based on the RE universe.

RE: Verse is a six-player multiplayer shooter where the goal is to kill all of the other players in the game. When a player gets killed, they become a Bioweapon. They can become Nemesis, mutated frog from RE3, Jack Baker from RE7, and Super Tyrant.

For those who are wondering, yes, you can turn off the comic book filter that was seen on the teaser back then. It is not a permanent thing, so if you do not like it, just turn it off.

The goal of this game is to earn points. As long as they are opposing players, Bioweapons can kill other Bioweapons as well.

Aside from the Claire Redfield gameplay footage, the channel also has other characters like Leon, Hunk, Jill, Ada, and Chris. Each character has their own different stats, weapons, and more.

Resident Evil Village will launch on May 7 and those who will get the game can get RE: Verse for free. It will be available on PC, PlayStation 4, PS5, Xbox One, and Xbox Series X/S.