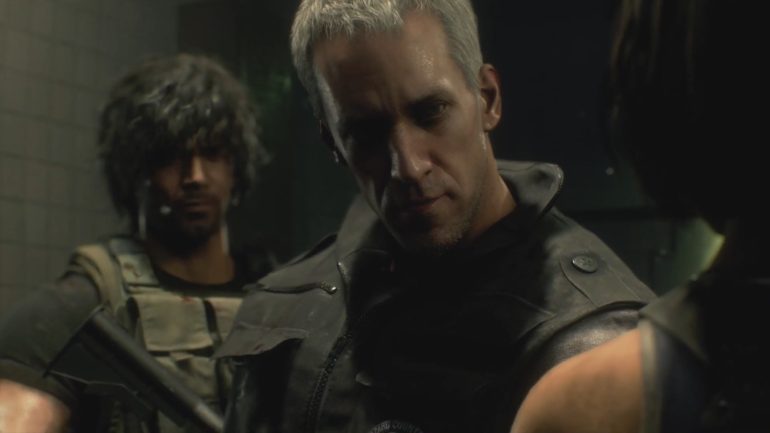 Two new characters were added recently to online multiplayer mode Resident Evil Resistance, which were bioweapon Nemesis, and its devious Mastermind Nicholai. Even though he is just a human, he has become one of the biggest hindrances of protagonists Jill and Carlos in the Resident Evil 3 main story. In this online multiplayer mode, he just became even more diabolic.

Resident Evil 3 director Kiyohiko Sakata spoke to PlayStation Blog’s Tim Turi about Nicholai, his characteristics as a Mastermind, the tools he uses, and how he is different from the rest of the Mastermind roster.

Before anything else, beyond this might have spoilers for those who have not played Resident Evil 3 yet in original and remake versions, so take caution.

For anyone who has already played Resident Evil 3, Nicholai was actually the big villain in it and was a pain to the heroes. He has this cunning personality and that drive to do anything for the right price, which gives him the perfect fit for a Resident Evil Resistance Mastermind. Actually, he was on the list of potential Masterminds since the very early stages of development, according to Sakata.

Nicholai makes good use of using firearms and tracking his prey. In the online multiplayer mode, he would use these skills by using camera-mounted firearms and abilities that would make him track the Survivors around the map. As the biggest asset, he can use Nemesis to hunt down the Survivors and take full advantage of his overwhelming abilities.

What sets Nicholai apart from the rest of the Masterminds is that he has more firearm and tracking skills, according to Sakata. His Exclusive Cards give him a wider variety of firearms to choose from, and he can see the actions of the Survivors behind the walls in order to track them. Of course the biggest advantage is the ability to control Nemesis and use his devastating attacks.

Nicholai can be one hell of a Mastermind to control and can be overwhelming to the Survivors if the players can use his abilities to the fullest. And just top it all off by using Nemesis.

Resident Evil Resistance is now available on PlayStation 4, Xbox One, and PC via Steam.